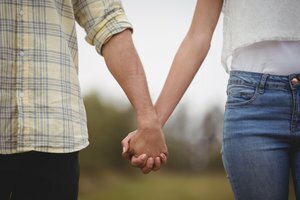 Today, there's been a seismic shift in the way we think about emotion, particularly love. The powerful attachment bonds we form with others are now bona fide subjects for scientific research in psychology, physical medicine, neurobiology, and sociology. We now know how important attachment is throughout the life span for mental and physical well-being.

We've also seen a virtual revolution in the way we treat couples. Once a kind of sideline to the main business of therapy—treating individuals and families—couples therapy focused primarily on getting partners to reduce their mutual bloodletting and achieve a reasonable degree of peaceful coexistence. Today we have a clear, coherent, researched theory of adult love, which provides an extraordinarily informative map to guide us through the otherwise impenetrable wilderness of a couple's relationship. This map enables us to identify the significant emotional moments that define an ailing relationship and, even more important, create in therapy the moments that can redefine and transform a relationship.

In the course of this process, therapists and couples often experience shifts that seem almost magical The power of attachment emotions and needs are such that even partners who've never known safe loving responsiveness from others, or have been violated by those they depended on, will still risk reaching out for care. And even if partners see their lover as scared and vulnerable, they can access a protective empathy that even they didn't know they possessed. But it took us a while to figure out how to create a step-by-step approach, so that we could predictably lead people into these moments of profound shifting with each other.

Emotionally Focused Couple Therapy (EFT), the systemic, empirically supported model of therapy I've developed during the past 20 years, allows us to understand what happens at these key moments of change and make these moments happen. We know how to bring about specific, highly emotional interactions between partners that predictably result in moments of deep bonding between them--bonding that lasts. This means that we can not only heal relationships: we can create relationships that heal. When we help forge new, loving connections between partners, we've found that the clinical depression or anxiety in one or both partners lifts.

Consider a couple who comes into my office for an early session, clearly distant and estranged from each other. As it turns out, he's usually the pursuer-blamer, and one of his tactics is to demand sex from his wife almost daily as "proof" that she really loves him. When she refuses, he gets angry, bangs about, and tells her she's "cold" and "unwomanly." This makes her feel inadequate and hopeless, so she defensively shuts herself down and shuts him out. She becomes the withdrawer-resister in the continual dance they do.

The previous night, the two of them had gone to a party. On the way, he'd brooded about the fact that she'd once again turned him down sexually. He noticed in the rearview mirror that his hair was thinning and that he was developing jowls. He didn't feel very good about himself when he got to the party, so he immediately went to the bar and had a few stiff belts to "calm himself down." Then he set out to find his wife and walked into another room, where he saw her engaged in an apparently intense conversation with an attractive man dressed in a beautifully cut suit and sporting a head of thick, glossy, black hair—"looking like a stupid male model from the front of Esquire. " He marched over to his wife and snarled, "Are you going to flirt and whore around all night with this idiot?" She replied coldly, "Yes, because he's so much more pleasant to talk to than you are." The husband stormed out and drove home by himself in a fury, and they hadn't spoken until they came to the session.

This is a classic defining moment in their marriage—a microcosm of the misery he feels and the resentment she feels. Unable to regulate or honestly express his fear of losing her, he turns to reactive rage, which elicits a response from her that confirms his anguish and fear. In therapy, I frame this event as an example of a critical moment of the couple's negative pattern. Then I slow the process down and help him focus on the event, second by second, including the initial cue--seeing his wife with the glossy-haired guy. What did he see when he looked across the room at his wife? What was his body saying? What was going through his mind? How did he feel?

At first, he doesn't have any answers. "I don't know what I saw exactly," he says. After a few minutes, though, he cops to feeling angry that his wife was wasting time talking to "that pretty boy." He recalls that his heart was beating fast, he was breathing hard, and his face felt hot. Then, slowly, as I softly repeat the questions, giving him cues—"Gosh, you said you remember breathing hard, you must have been upset"—I notice that his eyes are beginning to show signs of tears, and I mention it. "Those aren't tears," he says in annoyance, "my eyes are just watering!"

Gradually, he begins to focus on the memory and what was happening for him. "It was the way she was looking at him," he finally mutters. I follow up this cue. "Could you help me understand what you mean? What was it in the way she was looking at him that made you feel so bad?" Suddenly, his eyes brim over with tears and he says in a choked voice, "She doesn't look at me that way any more."

Eventually, we get to the heart of this defining moment: he saw his wife with the other man, his heart sped up, and he felt deep terror—the basic panic response wired into us at the threat of abandonment and isolation. He saw in a flash of agony that she was lost to him. But a second later, he'd bypassed those terrible feelings and flipped over into a secondary coping response of rage, which left him feeling less frightened and insecure, and perhaps a bit more powerful.

What I see in this little tableau is separation protest. This man is, in fact, terrified that his wife doesn't love him--that he's losing the most vital human attachment in his life. He's reacting in the primal way that frightened, desperate human beings have reacted throughout the entire history of our species: he fights to get her back, becoming ever more aggressive, demanding, and angry. In a much less dramatic but entirely complementary way, she, too, acts out the kind of primal terror that afflicts human beings when their most precious connections are threatened. Of course, she doesn't see his tirades and insults as evidence that he wants and needs her; she experiences them as evidence of his contempt for her as a wife and woman. She feels not only rejected but deeply afraid that, one day, he'll simply leave her in disgust. Rather than engage him, she shuts down, withdraws, and assumes a posture of aloofness to prevent an escalation that'll end the marriage. Its a poor strategy, but like the freeze response of a terrified animal, it's an instinctive, immediate response to impending catastrophe.

After all these years of working with couples, I now understand that the heart of the matter, the central issue in the marriage, rarely concerns the content of a couple's arguments, but almost always concerns the strength and responsiveness of the attachment relationship they have. And the bottom-line test of that relationship is in the answer to a fundamental question each is, in essence, asking the other: Are you really there for me? Do I really matter to you enough that you'll put me first when it really counts--before your job, before your friends, even before your family? Partners in troubled relationships feel that on some basic level the answer to these questions is "no," or at best "maybe." All couples fight, but the fights that really define a relationship are always about the same thing: whether the partners feel they have a safe, secure connection with the other.

So my overriding goal in therapy with couples became to help them regain (and sometimes gain for the first time) a secure attachment bond with each other. But how would I go about this? The therapist using an EFT approach mustn't be frightened of clients' extreme emotional upheaval, but must learn how to regulate and use it to create new interactions. The EFT therapist is neither a skills coach, nor a wise creator of insight into the past, nor a strategist employing paradox and problem prescription. Instead, we think of ourselves as collaborators with our clients, genuinely curious and fascinated by them, able to feel their sadness, fear, and rage, giving our all to imaginatively inhabit their emotional world.

I grew up in Britain as a pub-keeper's daughter. My mother had an expression for customers, and there were many, who seemed to go a little crazy after a few beers: "He's just having a funny five minutes." I think this kind of gentle tolerance provides a good model for a couples therapist faced with the inevitable, extreme responses people exhibit when facing what feels like the life-threatening loss of an irreplaceable relationship. In a sense, the therapist is almost a surrogate attachment figure, whom both partners can trust to guide them through the shoals of reactivity, risk, and the restoration of trust.

Susan Johnson, EdD, the developer of Emotionally Focused Therapy for Couples and Families, is the director of The International Center for Excellence in EFT and the author of Love Sense: The Revolutionary New Science of Romantic Relationships.

This blog is excerpted from "Are You There for Me?" by Susan Johnson. The full version is available in the September/October 2006 issue, Couples Adrift: What Science is Telling Us About Helping Troubled Relationships.