The Power of Permission 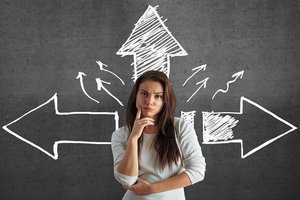 Nearly a decade ago, I treated a man named Abel, who was severely obsessive. He taught in a college communications program and loved words, but he'd become so obsessed with how human beings communicate that he could no longer put together words and meanings. He loved to read, but he could no longer concentrate because he obsessed about page margins and typefaces. He obsessed about art, sex, and his own writing. If one obsession went away, another took its place, from the moment he woke up till the moment he went to sleep. Nothing he tried brought any relief.

I thought hypnosis might help with his symptoms, but Abel, who'd unsuccessfully tried practically every form of therapy, including hypnosis, didn't think so. I assured him that I used a different approach to hypnosis, and he agreed to give it a try. During our second hypnosis session, he was symptom-free for about 15 minutes, and he continued to be for about 2 hours afterward. Even though he didn't entirely believe he'd been in trance, he was impressed and happy that something finally had helped.

At that point Abel's eyes popped open. "That's it," he said. "Do more of that. That's what helped me last time."

"You mean do more trance?" I asked.

"No, no. I don't think I'm going into trance. But what you're doing now is exactly what I need. Do more of that."

"What do you mean?" I asked again.

While Abel's symptoms didn't completely disappear, from this point on, he began to make progress in therapy. For the first time in years, he could relax his obsessive vigilance and begin to live his life instead of endlessly worrying about the details around life's edges.

I first learned this permissive approach watching Milton Erickson's work in the late 1970s, particularly the way Erickson used hypnosis and challenged standard ideas about hypnotic techniques and affects. Many considered hypnosis a rigid procedure, which could be effective only if certain exacting conditions were met: a person had to be physically and mentally relaxed to go into a trance; once in a trance, the person was supposed to be unaware of his or her surroundings except for the hypnotist's voice. So rigid were the requirements for succeeding at being hypnotized that many people believed they didn't have the ability to "go under" the hypnotist's spell.

Erickson's view was different. For him, trance was more of a not-doing than a doing. He understood that the hypnotist had to take the pressure off people, and make them realize that they didn't have to experience specific mental and physical stages in a particular order to go into trance. He invited people to just allow their own experiences to happen as they happened, without having to force anything. He used language that neutralized the mind's tendency to break experience down into dualistic opposites--this or that, right or wrong, correct or incorrect.

In a sense, he gave his clients permission to experience simultaneously or in rapid succession contradictory emotions and states of mind and body, emphasizing that no reaction excluded any other, and that all were "right." From Erickson, I learned to make statements like: "You can listen to and hear everything I say and you don't have to. You may remember what I say and you may not. You don't have to believe anything about this."

Abel's response to this approach—that it made him feel he couldn't do anything wrong--crystallized something for me. Here was a way to break up unconscious logjams; permissions enabled clients to experience two seemingly contradictory states simultaneously. The structure of hypnotic language freed people from the tyranny of having to choose, and choose correctly, what to feel and how to proceed. I began to appreciate the extraordinary power of permission, with or without hypnosis, particularly with my most challenging cases.

The Power of Permission

Permission counters these commands and prohibitions. The therapist who offers permission goes beyond accepting clients as they are and moves into encouraging them to expand their life stories and their sense of themselves. In effect, the therapist who offers permission is saying, "There's more to you than this story you've lived out up to this point." Permissions can introduce choice and possibilities into circumstances that have been limited by necessity and impossibility.

How do permissions work in practice? Some years ago, I worked with a woman who'd been sexually abused by a cousin in childhood. He routinely brought her to orgasm, which she liked and felt bad about—because she didn't like him and felt manipulated and coerced by him. As an adult, she never got sexually excited or had orgasms until she became involved in S&M in her early twenties. After a frightening experience in which she was almost killed, she left the S&M scene.

Now, after many years of therapy, she lived with her fiancé and was still unresponsive sexually. She'd begin to get sexually excited, and then get frightened and go numb. She'd accepted that this was the way things were with her. Once, at a professional conference, she'd started chatting with a fellow attendee and had gone into an elevator with him. As the doors closed, sparks seemed to jump between them and they had sex in the elevator. She was surprised that she was doing this wild thing, and even more surprised to have an orgasm during the short encounter.

How did she begin putting these permissions into practice? She decided to let her partner know she became afraid or numb when they were having sex. She'd tell him she needed to stop and talk, or not have sex right then. He was understanding and appreciated that she was honest with him, rather than just forcing herself to go through the motions. The fact that he responded so well confirmed for her that she did not have to have sex or have an orgasm. Her new freedom actually enabled her to have orgasms with her fiancé more often.

Other times, it's helpful to give a client permission to do two things at once. Such was the case with Josie, whom I'd seen for a few sessions when she came in very agitated. She said she had something to tell me, but was terrified to talk about it. I told her it was okay not to tell me until she was comfortable enough to do so. Josie responded that she had to tell me, or she felt she'd be wasting her time and money in therapy. I told her to go ahead and tell me in whatever way felt right.

She seemed to struggle for a while and then said, "I can't tell you. I'm too afraid." We went back and forth like that until I began to understand Josie's dilemma and said, "Okay, I know this may not make sense, but what I'm going to say can be understood somewhere deep inside. You can find a way to tell me and not tell me at the same time."

In response, Josie closed her eyes and her hands began to move in elaborate movements that reminded me of "hand dancing" I had seen done by Thai performers. After some time, she opened her eyes and smiled, obviously relieved. "There," she said, "you were right. I told you and didn't tell you at the same time. My hands told you the whole story of my abuse. Now I can tell you in words."

"That's good," I thought to myself, "because I didn't get the hand thing at all." Josie went on to tell me what had happened to her. Although she knew it was irrational, she'd feared that if she told me, she'd somehow be responsible if I had a car accident or a heart attack. Telling her story was a great relief to her. Once she could find a way out of her bind, she could embrace the possibility of breaking her "curse."

It's relatively easy for most of us to think inclusively with our most functional clients, but much harder to do so with those who are difficult and demoralized, or when our own psychological hot buttons are being pushed. But being a therapist means taking the time to get all the pieces of people's reality, spoken and unspoken. At the most basic level, we must discover how to perform the balancing act of simultaneously giving up the need to see clients change while holding open the possibility of change. This attitude requires us to face our own fears (of lawsuits, suicide, failure) and be still with the client's pain, immobility, glaring absence of change, and, at the same time, we must be able to see the "and"—that something more, unrecognized and unspoken, happening beneath the dead calm of an apparently inert sea.

This blog is excerpted from "The Good, the Bad, and the Ugly," by Bill O'Hanlon. The full version is available in the January/February 2003 issue, Getting Unstuck: Unconventional Approaches to Therapeutic Stalemate.

He was expertise and appreciated that she turned into sincere with him, rather than simply forcing herself to undergo the motions. The reality that he replied so nicely confirmed for her that she did no longer need to have intercourse or have an orgasm. Her new freedom sincerely enabled her to have orgasms together with her fiancé extra regularly.