Is Therapy About Transformation, or Small Breakthroughs? 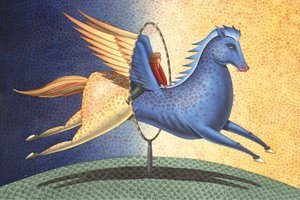 Like many therapists, I went into this field to do more than help people get over their current psychological or relational problems. There’s nothing wrong with problem solving, but in the 1970s, in the wake of the human potential movement and the advent of the family systems movement, the therapy profession seemed to be about something deeper: big changes in the direction of wholeness, self-actualization, and authentic connection. Part of the initiation of us young trainees entering the field back then was absorbing the notion that therapy was supposed to be about transformation, and to really be helpful, we had to undergo transformations ourselves.

These memories came back to me when I heard the theme for the 2018 Psychotherapy Networker Symposium: “The Many Paths to Transformation: From Problem Solving to Deeper Healing.” My first reaction was Cool, that’s an inspiring theme. My next reaction: Hmm. Really? If client transformation depends on the growth of the therapist, I found myself wondering, in all my experiences with therapy over the years, whether I’d been transformed?

I like to think I’ve changed and grown in positive directions over the course of my life, but transformed? Not so much, even after extensive therapeutic experiences in my training years. The same seems true for my therapist colleagues: we all look recognizable to one another after decades of seminars and case consultations. We seem to have the same insecurities (the analysts would say “neuroses”) we always had, albeit with the edges smoothed over. Those of us with boundary or control issues still seem to have them, but they don’t bite us as much. If I were to let out my more judgmental side, I’d even say that therapists who’ve told me about their own transformation—after completing their analysis or family-of-origin work—were testifying about a degree of advanced enlightenment that I didn’t see in them. It’s like in the spiritual realm: if someone implies they’re a saint, that’s probably an immediate rule-out for sainthood.

Not that I haven’t seen big transformations in my four decades as a therapist. An early case was with my client Carol, who came to me after two rounds of hospitalizations related to the stress of a failed marriage, an alcoholic and controlling husband, and a rigid evangelical Christian congregation that wouldn’t support her desire to leave her marriage. Raised to be a good religious girl who followed male authority, Carol hadn’t developed a solid sense of self. After her husband had refused to get help for his drinking or for the marriage, she’d asked him to leave, which he reluctantly did. But as the sole financial support for the family (with two preteen children), he insisted on returning to the house whenever he wanted and waging a campaign to return permanently, which Carol eventually allowed. This became a pattern, from which her hospitalizations were her only reprieves.

Six months before seeing me, Carol had joined a conservative Christian church as a way to change her life. Because her husband wasn’t a Christian, her minister and fellow church members supported her desire to get a divorce. But then her husband joined the same church, and all support for the divorce was removed, as he was now a Christian seeking healing. He used “finding the Lord” as a way to get her to let him return. (I’d invited him into a therapy session with Carol and saw him clearly as an insecure, needy, and controlling man who’d do anything to keep Carol—except confront his own problems.)

At first, as Carol sat small and waiflike in a chair in front of me, I felt an internal pull to rescue her from her husband and her religious congregation—a road I knew I couldn’t take without perpetuating her sense of insignificance. (News flash: strong, secular male therapist saves weak, desperate woman from evil husband and oppressive faith! Nope.) Instead I worked patiently on her boundaries, and ours. A minimal goal, the one she’d come in asking for, was to help her stop repeating the destructive cycle that led to her decompensating and being hospitalized—something that further weakened her prospects of seeing herself as a solid adult woman.

The turning point in our therapy was a session that dealt with her religious views. Her husband and several members of the congregation were telling her that it was not Christian of her to be angry at her husband. Here was a trap: in the past, when she’d let go of her anger, she’d felt pity for him and had taken him back. As she struggled in our session about how to be a good Christian woman and still hold onto her protective anger, I called on my knowledge of the Bible and challenged the idea that anger was inconsistent with Christian virtue, inviting her to think about the story of an outraged Jesus throwing the money changers out of the Temple. Did he seem angry? Yes, she replied. And did the money changers think his anger was fair to them? No, probably not. The takeaway: anger isn’t necessarily wrong, and you can’t let the person you’re angry at be the only judge of whether yours is justified. She visibly relaxed in her chair, looking bigger even as she did so.

The rest of the story began there and then. She was able to see her husband’s latest manipulation more clearly, and to understand that he’d tricked her congregation as well. Once she told her husband that she was done with him, wouldn’t apologize for her anger, and was proceeding with the divorce no matter what he and the congregation felt about it, he dropped out of the church and contacted a lawyer. Carol felt empowered for the first time in her life, and her anxiety and depression lifted. When I ran into her several years later, she was working as a coordinator at a youth services center, where she showed great skill in making young people feel welcome. She told me she felt like a different person. She was divorced, handling coparenting as well as she could with a difficult ex-spouse, working in a job she loved, and was in a new relationship that felt worlds apart from her marriage. Yes, she was transformed.

But most therapy cases don’t lead to dramatic changes. A lot of clients just want to get past an episode of depression they’re suffering through, or learn to manage chronic anxiety in a more constructive way. Or a couple wants to stop fighting and enjoy each other more. In Freud’s terms, these clients just want to love and work. In fact, the average length of psychotherapy in the United States is less than eight sessions, hardly enough time for deep work on self. And in terms of measures of psychological well-being as a result of therapy, the outcome research shows comparable (and modest) gains for clients, regardless of the therapeutic method used. So on average, we help clients get past some problems and improve their well-being, with some fading of effects over time from a single dose of therapy.

Our choice of clinical approach is about more than therapeutic goals; it’s about our core identities as professional helpers. Are we more like shamans or family doctors? Are we explorers of human depths or more like Siri on your iPhone, just directing you from one place to another? Dante’s Beatrice leading him through the levels of heaven, or J. K. Rowling, who delights but doesn’t rattle your existential bones? And if we’re some of all of these things, how in the world do we find a coherent identity in this confusing and polarizing 21st century?

The Downside of Seeking Transformation

The therapy outcome research and my own experience have made me a skeptic about whether any clinical approach is good at getting clients consistently to the promised land of transformation. Instead, I’ve come to the conclusion that therapy is better understood as being about breakthroughs—small, medium, and large—rather than about transformation. Maybe the starting point for all therapies is a modest breakthrough, getting past stuck points so people can restore their functioning or find a better way to face life’s challenges than they have in the past. And then, in ways we can’t predict, sometimes this breakthrough becomes part of a confluence of personal and contextual forces, mostly outside of what happens in the therapy room, that transforms lives.

I see this approach in the newer therapies that didn’t come out of the either/or era of symptom relief or creative change. Contemporary neuroscience-informed therapies aim to help quickly at the level of everyday functioning, and then some people go much further toward mind–body–spirit integration. Some of today’s trauma-based therapies make no apologies for targeting immediate symptom relief and also offer something deeper for those who yearn for it. Couples therapy models like EFT and the Gottman model, for instance, start with current dysfunctional impasses and offer couples much deeper connection when they’re open to it. Different forms of acceptance therapies emphasize change and then the acceptance of what may never change—which paradoxically can open up new vistas for growth.

Here’s how I end up thinking about all of this.

Don’t assume that transformation is desired by clients or necessary for successful therapy. You’ll feel disappointed too often, and you may communicate that to your clients. On the other hand, it’s probably safe to assume that clients want to break out of the stuck place they currently occupy. Where a breakthrough ends up is outside of anyone’s knowledge in advance.

Accept that the more you make transformation your goal, the more value-based and nonobjective you are. Having said that, as therapists, we do have a wisdom tradition (with some scientific basis) about what human flourishing looks like in the 21st century, based on a complex understanding of self and a deep connection to others while maintaining the individual self. As I’ve argued elsewhere, we’re only recently looking at aspects of human flourishing involving commitment that’s both personal and public, which can offset our individualistic focus.

So in the end, it makes sense to take clients as far as they want to go (and can afford to go) toward transformation, as long as we separate our hopes for our clients from their goals for themselves, and as long as we understand that we’re just one of many wisdom traditions (from religion to philosophy) that have their own beliefs about what human flourishing looks like, and as long as we’re willing to acknowledge and work on the blind spots in our tradition, including the tendency to explain human problems at the micro level and ignore larger social forces. As Winston Churchill liked to say, “We all suffer from the defects of our virtues.”

This blog is excerpted from "Therapy and Transformation," by William Doherty. The full version is available in the January/February 2018 issue, Not Your Grandfather's Therapy: Meeting the Needs of Today's Clients.