The Biological Power of the Talking Cure 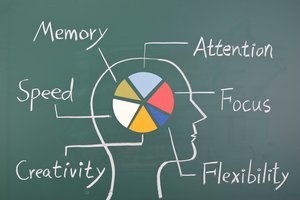 Anatomically, modern humans evolved from our chimplike ancestors around 100,000 years ago, although it took another 50,000 years for our brains and culture to evolve sufficiently to make us capable of language, planning, and creativity. But this extended, complex history has a downside: the more recently emergent aspects of our brains—which give us astonishing powers of thought, logic, imagination, empathy, and morality—must share skull space with the ancient brain equipment that we've inherited from our mammalian and reptilian forebears over the past several million years. So even today, one of the most basic human challenges is integrating and coordinating the complex and highly specialized systems that comprise our brains.

The neocortex, for example—the part of the brain that organizes our powers of conscious thought, imagination, and empathy—must coexist and cooperate with primitive survival networks conserved by natural selection through hundreds of thousands of generations. This means that beneath our newer equipment, capable of composing sonnets and developing computers, are structures driven by primitive instincts, unconscious impulses, and primordial fears. Within our skulls, the reptilian, ancient mammalian, and modern human brains attempt to coexist and cooperate, at least enough to get us through the day.

The potential for miscommunication among the networks of our brains might not be so bad if we lived in isolation, but our brains are social organs, which require sustained connection with other brains. At birth, we're totally dependent on our caretakers for our survival. If an average reptile is born knowing how to perform the basic tasks of survival—getting food, fighting, and mating—we're born dumb, so to speak. Our saving grace is that as babies we know how to attach to our parents and stimulate them to attach to us.

For human babies, survival doesn't depend on how fast they can run, climb a tree, or tell the difference between edible and poisonous mushrooms: it depends on their abilities to detect the needs and intentions of those around them. Throughout the millennia that we Homo sapiens have inhabited the earth, if we've been successful in our early relationships, we have food, shelter, protection, and a decent shot at eventually producing children of our own.

Our prolonged dependency allows for an increasing amount of brain development to occur after birth, making each human brain an experiment of nature—a unique blending of genetics and experience. Our parents are the primary environment to which our baby brains adapt, and their unconscious minds are our first reality. Their nonverbal communications and patterns of responding to our needs when we're babies shape not only our perceptions of ourselves and the world, but also the architecture of our brains. Because the first few years of life are a period of exuberant brain development, early experiences have a disproportionate impact on the shaping of our neural systems, with lifelong consequences.

Our brains are inescapably social, their structure and function deeply embedded in a group of other brains—the family, the tribe, the society. Because we've evolved in this context, we've individually developed the ability to link with other brains, attuning with each other, regulating each other's emotional systems, helping to grow each other's neural networks. Similarly, the ability to link with, attune to, and help build new neural connections in the brains of clients is at the heart of psychotherapy. This is why therapists are in a position to counterbalance some of natural selection's less stellar choices.

The Primacy of Early Learning

While being embedded in groups has been necessary for our survival and development as human beings, it can create friction and dysfunction. What makes the combination of a complex brain and human interdependency such a problem? From birth, the primitive regions of our brains are deeply affected by our social and emotional experiences, while our more sophisticated brains still haven't "come online." As a result, a great deal of important learning takes place while our primitive brains are in control. For most of us, these learned reactions and feelings remain forever inaccessible to conscious memory or modification. We mature into self-awareness years later, having been programmed by early experience with assumptions that we accept as truth.

The powerful influence that early experience exerts over our brains can be both good and bad news. The good news is that the individual brain is well-suited to survive in whatever social environment into which it's born. Parents, family, and culture shape each of our brains for maximum adaptation to our social niche. In good times, and with good-enough parents, this early brain-building will serve us well in adulthood. The bad news comes when the surrounding factors aren't so favorable, as when parental psychopathology shapes the baby's brain in ways that, though they optimize childhood survival, prove to be maladaptive later in life. The child's brain is shaped with its most primitive survival mechanisms—loosely speaking, its unconscious "horse" and "crocodile" mechanisms—operating at full tilt to react to abuse, for example, with dissociation and other defenses, and insufficiently modulated by the regulating, late-developing cortex.

We see this in abused and neglected children, who often enter adolescence and adulthood without a clear picture of their early experiences, but with a variety of symptoms, such as explosive anger, eating disorders, or drug and alcohol problems. They have identity disturbances and a poor self-image, exacerbated by angry feelings and negative behaviors. Like the brains of veterans with PTSD, the brains of these children have been shaped to survive combat, but are ill-equipped to negotiate the peace.

It's an odd paradox of therapy that we can help our clients become more consciously clear-sighted about themselves by helping them become aware of the unconscious, irrational impulses arising from the older regions of the brain. That's why openness to questioning one's assumptions—particularly when they're incorrect and self-defeating—is a key aspect of psychological mindedness and a predictor of a positive outcome in psychotherapy. We encourage clients to talk about their impulses with the hope that doing so will integrate the calmer, more reasonable, inhibitory cortical input of their brains with the regions organizing primitive urges. Psychotherapy takes a skeptical perspective when it comes to the "reasoned" output of our brains, understanding that our conscious thoughts, emotions, and self-image are based largely on reactions and feelings totally outside of our awareness and often out of sync with our actual circumstances.

Why Does Neuroscience Matter for Psychotherapy?

Knowing about neuroscience is invaluable for therapists, not because it offers specific new techniques or clinical theories, but because it provides a deeper understanding of the biological power of the "talking cure." As a social organ, the brain has evolved to be affected and changed by other brains, and psychotherapy relies upon the power of relationships to trigger the neuroplastic processes necessary for learning and growth. In effect, psychotherapists are pragmatic neuroscientists, who alter the functioning and structures of clients' brains, whether or not those brains are aware of these underlying biological processes.

Information about the brain and how it evolved helps us communicate with clients about their problems in an objective and non-shaming manner. Adding a neuroscientific perspective to our clinical thinking lets us talk with clients about the shortcomings of our brains, instead of the problems with theirs. Learning about what's happening in their brains and how these billions of neural events have shaped their emotional lives and behavior is more likely to inspire interest and curiosity in clients than defensiveness and feelings of inadequacy. Identifying inherent problems in how the brain processes information and developing methods to circumvent or correct them is a solid foundation upon which to base a therapeutic alliance.

Some therapists bristle at the integration of neuroscience and psychotherapy, calling it irrelevant or reductionistic. If you have a model of therapy that works, they seem to be saying, why bother with the brain? Would Carl Rogers or Heinz Kohut have been better therapists if they'd been trained as neuroscientists? Probably not. But it's hard to grasp how the brain could be irrelevant to changing the mind.

Louis Cozolino, PhD, is a professor of psychology at Pepperdine University and maintains a clinical and consulting practice in West Los Angeles. He's the author of The Neuroscience of Psychotherapy; The Making of a Therapist; The Neuroscience of Human Relationships; and The Healthy Aging Brain, all from W. W. Norton.

This blog is excerpted from "It's a Jungle In There" by Louis Cozolino. The full version is available in the September/October 2008 issue, How Evolved Are We?: The Triune Brain in the Consulting Room.

Daisy Swadesh: Is there any chance you could be more specific regarding the problems you perceive?

In the early 2000's I spent 3 years researching the transition between apes and humans. While this article may have useful concepts it contains many problems in understanding social behavior in mammals.

Great to see Dr. Cozolino's name, I was very lucky to spend a year as both his research assistant and teaching assistant while in grad school at Pepperdine, over ten years ago now! Time flies :-) I learned a tremendous amount from Dr. C, and even now in private practice I still reference his guidance while I'm working with clients.