A Spotlight on Community Mental Health in High-Need Areas 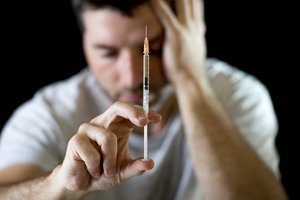 It had been an otherwise uneventful day when Elizabeth Zeinner, a 24-year-old EMT, received a phone call one summer afternoon in 2009, interrupting a lunch study session for her upcoming paramedic science exams. “He’s unconscious,” a colleague radioed in. “That’s all the info we’ve got.” With another first responder, she boarded an ambulance and braced herself as it streaked past a string of rundown houses. She booted up a cardiac monitor and double-checked her Narcan detox kit, taking deep, slow breaths—a technique that had served her well for the two years she’d been working in Bartholomew County, a poverty-stricken region on Indiana’s eastern border. She’d treated everything from strokes to fractured hips, but it was the first time she’d encountered an opioid overdose.

“Grab the trauma bag!” the other paramedic called out as the ambulance came to a stop outside a small house crowded by frantic neighbors. Inside, an unresponsive man had passed out on his bedroom floor—pale, barely breathing, his heartbeat nearly undetectable. The culprit: a prescription Fentanyl painkiller patch, hardly larger than a Post-It note, but 100 times as powerful as morphine. Zeinner carefully placed a needle in the man’s arm, and waited. She ushered the bystanders out of the room. “We’re here to take care of him,” she told them. “We’ll give you an update on his progress as soon as we can. I promise. Trust me.”

The man bolted upright as the Narcan that Zeinner had injected took effect. Half-conscious but strong, he swung his fists wildly. Then came the projectile vomiting. Although shocked, Zeinner breathed a sigh of relief. The man would survive, but she knew he was about to embark on a long, arduous journey. Next would come a hospital stay. Then the police investigation. Counseling referrals. Thousands of dollars in medical bills. Who knew where he’d wind up? Maybe overdosing all over again next month, and maybe not so lucky next time.

That moment was a turning point for Zeinner, she recalls. “As a paramedic, I was always playing defense,” she says. “I decided I didn’t want to just send someone off with a pamphlet. I needed to get on the offensive.” It’s been three years since Zeinner decided to pursue a career in drug treatment. Today, Bartholomew County continues to fight an uphill battle against the opioid epidemic.

According to experts, the recent spike in opioid abuse—referring to morphine, methadone, hydrocodone, oxycodone, and other drugs with substantial painkilling effects—can be attributed to several factors. Starting in the early 90s, aggressive marketing by Big Pharma and unregulated policies led doctors to prescribe opioids at alarming rates and especially high dosages. IMS Health, a national database, shows a steady uptick in the number of opioid prescriptions dispensed in the years following—76 million in 1991, compared to 219 million in 2011. A subsequent crackdown on doctors and pharmacies ensued, leading people already addicted to seek out illegal opioids, mainly heroin. Since 2014, opioids have ranked among the most abused drugs in America, behind tobacco, alcohol, and marijuana.

According to the Centers for Disease Control and Prevention, death rates from synthetic opioids spiked 72.2 percent between 2014 and 2015 nationwide, claiming an average of 91 American lives per day. In West Virginia, Ohio, New Hampshire, Rhode Island, and Kentucky, nearly one-third of overdose deaths are attributed to opioids. The opioid epidemic hits especially hard in Ohio County, Indiana, where Zeinner currently works. With just 6,100 residents, it has the smallest population of any county in the state. In contrast to more urban settings, treatment options here and in locations like it are scarce and costly, trained clinicians are in short supply, and a lack of public transportation makes it difficult to get high-quality care. “Even with all the news reports, people still don’t know how bad the opioid epidemic really is,” Zeinner says. “It’s exploding so quickly that we continue to lose ground.”

Today, in addition to working part-time as a paramedic, Zeinner oversees the clinical staff and community education programs at the Ohio County chapter of Groups, a joint therapy–medication treatment organization that operates in four high-need states: Indiana, Maine, New Hampshire, and Ohio. Since opening last October, its four Indiana locations have admitted more than 300 patients—a testament to the demand for services in these communities. In addition to giving out Suboxone, a drug used to treat cravings and withdrawal symptoms, the organization offers weekly group and individual counseling sessions at a cost of $65 per session, usually for a period of six months. It’s much more affordable than treatment offered by comparable clinics, Zeinner says, which, due to demand, charge up to $500 per visit, easily shutting out most of the clients she treats.

But essential to doing addiction work in rural areas effectively, she says, is maintaining strong ties with the local community. As part of their regular efforts, Zeinner and other Groups clinicians contact area mayors, police chiefs, fire chiefs, parole officers, public health nurses, church organizations, and Narcotics Anonymous to coordinate programs that explain how addiction functions and dovetails with other conditions, like anxiety and depression. With local law enforcement, Zeinner has arranged educational luncheons and holds monthly “family nights,” open houses where clinicians explain the ins and outs of their program to locals, no commitment required. “Public education is something we’re missing in mental healthcare,” she says. “Stigma is high, and a lot of people have questions they’re afraid to ask. This is an opportunity to start a conversation.”

For Groups founder and CEO Jeff DeFlavio, strong community involvement was the guiding principle in creating the nascent organization. Three years ago, as a 27-year-old medical student at Dartmouth College, DeFlavio encountered what he says are the two biggest problems in rural healthcare today: a lack of accessibility and affordability. Working at a primary care clinic in nearby Newport—a former industrial boomtown, with roughly 6,000 residents—he found the local opioid epidemic was just beginning. After treating a pregnant patient whose unborn child nearly contracted hepatitis because of the mother’s heroin addiction, DeFlavio approached a professor with an idea for an organization that could quickly bring the most effective elements of addiction treatment to areas in need. And given that Groups has opened 26 facilities in only three years, it seems to be working.

“People need more than just medication-based therapy,” he says. “They need community.” At Groups, nearly all the addiction counselors, social workers, and therapists come from the communities they serve. “These people know the local addiction crisis like the back of their hands,” DeFlavio says. “The best counselors build a culture. In group therapy sessions, they create shared values, a shared mission. They’re incredible leaders.” All they needed, DeFlavio says, were the tools and structure to come together and do their best work. Resources, including staff who handle intakes and paperwork, he adds, allow clinicians to do what they do best: help clients. “Most healthcare providers are so burned out because they’re expected to perform superhuman care for more people than they can manage alone,” he says. “Many hardships of this work aren’t caused by the addiction; they’re caused by the way the system is organized.”

Getting clients through the door is an entirely different challenge. Cassie Gore, an addiction supervisor and counselor, manages four clinics for Pathways in eastern Kentucky, where painkillers were so highly trafficked that early 2000s news reports dubbed nearby Interstate 75 “the Oxycontin Expressway.” This is coal country, Gore says, and the mountainous terrain means simply getting to a clinic from home can take hours. Although Medicaid subsidizes some travel costs, it only goes so far. Despite the stigma around getting treatment, she adds, opioid addiction is a topic most locals discuss openly. “Every family is affected by this,” she explains. “You’ll be standing in line at the grocery store or sitting down at church and hear someone talking about it. Every time you turn on the local news, it’s overdose after overdose. It breaks your heart every day.”

Rural locations also make finding dedicated staff a constant challenge. Velvet Jackson works as a nurse and clinical director at the Southern Rockies Addiction Treatment Center in Durango, Colorado, a small mountain ski town. Like Groups, her clinic offers both therapy and medication treatments, serving roughly 100 clients from neighboring counties and even some who drive across state lines, from Utah and New Mexico. With only eight full-time staff members, that’s a problem, she says. When the center set up shop a little over a year ago, no other addiction treatment centers were in the area, and many colleagues questioned why she’d leave the comfort of a hospital nursing job for the gritty, unpredictable work of an addiction clinic.

Jackson doesn’t deny the work is tough. When she does intakes, many of her clients are experiencing withdrawal symptoms. They’re pale, shaky, and emotional, and they sometimes vomit. But she says the need for qualified professionals and a desire to counter the stigma of addiction drew her to the work. “Doctors have treated my patients poorly before,” she explains. “Family members have judged them. They’ve done things they’re not proud of. They see treatment as a crutch they wouldn’t need if they were stronger. ‘I’m just an addict,’ they’ll tell me. It’s my job to say, ‘Hey, you should be proud for coming to me.’” To normalize their experience, Jackson shows them diagrams and statistics explaining how the brain works under withdrawal. Her retention rate, she says, is higher for it. “This is important, rewarding work that really puts things in perspective. Any of us could be on the other side of it.”

There’s a consensus among these clinics that the opioid epidemic isn’t going anywhere anytime soon. Last fall, Jackson attended a nearby educational health summit, in which one of the keynote speakers speculated that the problem would persist for at least another 30 years. It’s an estimate she agrees with. “I grew up in Durango,” she says. “Things are going to get worse before they get better.” There are also those who worry that the Trump Administration’s proposed overhaul of the Affordable Care Act—which expanded Medicaid to almost 11 million Americans and mandated that insurers cover mental-health and substance-abuse costs—could be disastrous for the future of addiction treatment. In West Virginia and Ohio, for example, Obamacare’s Medicaid expansion pays for more than 40 percent of the cost of lifesaving opioid addiction medication. In April, however, the Trump administration pledged $485 million in grant money to fund opioid addiction prevention and treatment programs next year, in accordance with bipartisan legislation approved by Congress and the Obama administration.

Despite what may come, these clinicians say they won’t waver in their commitment to their work. Several months ago, Elizabeth Zeinner received a call on her cell phone from a client who’d finished treatment a few months earlier. It was almost midnight, and the woman was sobbing uncontrollably. Zeinner feared the worst. But the woman, she learned, was actually crying tears of joy. She was sitting in her two-year-old daughter’s room, she told Zeinner, slowly rocking her child to sleep. “I couldn’t wait until morning to thank you,” she said. “I just realized how much I gave up for addiction, and how much I gained back. Your team saved my life.”

This blog is excerpted from "Battling the Opioid Epidemic in Rural America," by Chris Lyford. The full version is available in the May/June 2017 issue, What Now? Five Therapists Face the Limits of What They Know.