Tapping Pioneer David Feinstein Shares What Made Him a Believer 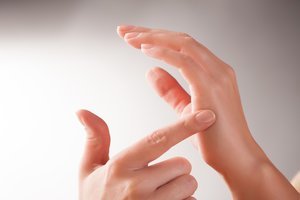 Newly appointed to the Department of Psychiatry at Johns Hopkins in 1970, I wasn't sure what to expect when the department chair called me into his office to discuss a special assignment. "I keep hearing about these 'new' therapies coming from the West Coast," he told me. "Are they just more California fluff or developments worth knowing about? Go find out."

At the time, traditional psychoanalysis and behaviorism had been rapidly losing their "market share." More than 200 new brands of therapy were popping up on the workshop circuit, promoted in the alluring new language of "peak experiences," "personal growth," and "self-actualization." During the next seven months, I investigated 46 of these new therapies, studying their uneven research studies, conducting extensive telephone or in-person interviews with their primary proponents, and directly experiencing more than a dozen in weekend workshops or other formats. Despite my hope for wonder cures, I had to admit that utopian clinical models, unshakeable therapist conviction, and even emotionally thrilling experiences didn't necessarily yield better ways of processing emotions or experience.

I did, nonetheless, witness therapeutic moments that seemed absolutely brilliant and saw positive changes that people were still describing months later. While I wasn't able to connect such results to a particular method, theory, or type of client, I came to some conclusions about what increased the odds for fortuitous therapeutic outcomes. The roots of enduring therapeutic change seemed grounded in strong emotional, interpersonal, or somatic engagement, shifts in self-understanding and behavior that extended beyond the clinical context, and a readiness in the client to approach life differently. Although none of these observations was remarkable in itself, together they gave me a much clearer appreciation of the complexity of change and the difficulty of the therapist's task. This awareness stood me in good stead for much of the next 40 years.

Beginning about a decade ago, however, something came along to challenge some of these bedrock beliefs: Energy Psychology, a method based on tapping on selected acupuncture points to address psychological problems. So, you may well be asking, what could possibly have possessed a wizened, seen-it-all therapist like me to embrace an approach that much of the world of orthodox psychology considers the latest incarnation of snake oil? Well, what follows is the answer.

In the interest of full disclosure, let me say that my involvement in Energy Psychology is largely attributable to a woman I met 33 years ago and eventually married, Donna Eden. Now a well-known natural healer and the author of Energy Medicine (the standard text in hundreds of energy healing classes, available in 15 languages), Donna has continually beckoned me off the beaten path. From the time I first met her, she claimed to be able to see energies that are invisible to most people just as vividly as my dog could hear frequencies that are inaudible to humans. From her viewpoint, blocked or stagnant energies were signs of disease or precursors of illness. The people seeking her services ranged from those who were generally healthy and wanted help with pain or physical limitations to individuals with life-threatening conditions, such as cancer or heart disease.

While the husband in me was proud to have a partner with so much charisma, caring, and passion for her work, the scientist in me attributed much of her success to those same qualities. I'd frequently observed that a professional healer's ability to convey personal caring, combined with a fervent belief in the transformative power of a particular approach, could generate strong enthusiasm among followers that was in itself healing. It was another example of a phenomenon long known in medicine and psychotherapy: caring, expectation, and other "nonspecific" factors that have nothing to do with the actual intervention being used can bring about therapeutic gain.

For her part, Donna was confident in her methods and didn't even try to back them up with research support. When hard-pressed, she might cite an occasional quote by an authority, such as Nobel Laureate in Medicine Albert Szent-Gyšrgyi's observation that, "In every culture and in every medical tradition before ours, healing was accomplished by moving energy."

"What energy," I'd ask. "Electrical energy? Not in any studies I've seen! Kinetic, thermal, magnetic, chemical, nuclear?" Donna responded by talking about the "subtle energies" of meridians and chakras. I was unconvinced. You can imagine the dinner-table discussions. Although I continued to be mystified, I consistently saw clients improve, even those with such serious medical conditions as multiple sclerosis or diabetes. The results weren't instantaneous—this wasn't Lourdes—but gradual, clear, verifiable cures happened often enough that I took notice.

Many of Donna's students turned out to be therapists who were interested in Energy Psychology (EP). To better arm myself for the inevitable discussions with these renegade clinicians, I decided to attend a demonstration of one of the forms of EP called EFT (Emotional Freedom Techniques). A woman suffering from longstanding, severe claustrophobia had been preselected to be the subject. She was shown where and how to tap on a series of points on her skin while remembering frightening incidents involving enclosed spaces. To my amazement, she almost immediately reported that the scenes she was imagining were causing her less distress. Within 20 minutes, her claustrophobia seemed to have disappeared. Her improvement was astonishing. When asked to step into a closet, close the door, and remain there as long as she felt comfortable, she stayed so long that finally she was beckoned to come out. She emerged triumphant, jubilant that she'd stayed calm in a situation that would have put her into uncontrollable panic half an hour earlier.

Although still suspecting that the claustrophobia demonstration was just a lucky shot, I was intrigued enough to enroll in a four-weekend EP training program for mental health professionals. The results I witnessed during the training, and that I began obtaining in my practice sessions between classes, continued to amaze me. The technique proved consistently effective when used with clients suffering from simple phobias. I soon found, however, that a whole range of problematic emotions—including irrational fear, anger, jealousy, and guilt—could be rapidly quelled by tapping. I then began to experiment with more complex dynamics, such as unresolved feelings toward a parent or the residue of traumatic experiences. I quickly realized that for the procedure to be fully effective, it was critical to identify and focus on the most salient aspects of the problem being addressed. To do this, I often had to draw on other clinical methods, particularly cognitive interventions and uncovering techniques. However, it was clear to me that acupoint tapping was turbocharging my therapeutic effectiveness with a wide range of issues. After years of resistance, I found myself applying EP with my clients—even before completing the training.

Despite continuing professional skepticism, empirical evidence for EP's effectiveness has been accumulating. After its rocky beginnings, the field cut its teeth by deploying treatment teams to more than a dozen countries to provide mental health services following natural and human disasters. Outcome data systematically collected in at least five of these countries, and corroborated by local healthcare authorities who had no stake in EP, were encouraging. The first research using established measures to investigate treatment outcomes with disaster survivors was conducted in 2006 by a team led by psychologist Caroline Sakai, working with an orphanage in Rwanda. Of the 400 orphans living or schooled at the facility, 188 had lost their families during the ethnic cleansing 12 years earlier. Many had witnessed their parents being slaughtered, and they were still having severe symptoms of PTSD, including flashbacks, nightmares, bedwetting, withdrawal, or aggression. The study focused on the 50 teenagers identified by the caregivers as having the greatest difficulties. All 50 were rated on a standardized symptom inventory for caregivers and scored above the PTSD cutoff. Each then received a single acupoint-tapping session lasting 20 to 60 minutes, combined with approximately 6 minutes spent learning two simple relaxation techniques. Not only did the scores of 47 of the 50 adolescents fall below the PTSD range following this brief intervention, these improvements in serious conditions that had persisted for more than a decade held at a one-year follow-up.

Can Tapping Change the Brain?

A series of studies conducted over the past decade as part of the Neuroimaging Acupuncture Effects on Human Brain Activity project at Harvard Medical School provides clues to why acupoint tapping may be so effective. According to project leader Kathleen Hui, "functional MRI and PET studies on acupuncture at commonly used acupuncture points have demonstrated significant modulatory effects on the limbic system."

How does that apply to EP? It's always been obvious that psychological exposure is an ingredient in EP. Traumatic memories or other cues that trigger unwanted emotional responses are mentally activated during the acupoint tapping. Since exposure is the single therapeutic component present in virtually all studies of effective PTSD treatments, the success of EP has often been attributed simply to its use of that approach. But this doesn't address the fact that clinicians utilizing the technique, and now numerous studies, have found that by adding acupoint tapping, the exposure can be much briefer, requires fewer repetitions, and leads to positive outcomes with a greater proportion of clients. The new understanding provided by the Harvard neuroimaging studies is that stimulating specific acupoints generates signals that instantly reduce arousal in the amygdala.

State of the Art

EP is being used in the British and French military services to treat soldiers with PTSD, and Britain's National Health Service, which has been using EFT as a treatment modality for years, is now offering it to the public as part of its Mental Health Improvement Training. In the United States, however, partially as a consequence of the APA's unbending position on EP, many therapists still have to introduce the therapy surreptitiously, or risk censure. Still, EP methods are slowly finding their way into mainstream psychotherapy practice as well as institutions such as hospitals, VA centers, and HMOs, with major studies underway at Kaiser Permanente, the Sutter Health network, and the Walter Reed Army Medical Center.

As we deepen our explorations of the complex mysteries of the human nervous system, rapid, noninvasive ways of repairing damage and dysfunction seem not so far away. Energy Psychology holds promise for blazing a trail toward that goal. As bizarre as it may have once sounded, the evidence has moved far beyond the early anecdotes, suggesting that tapping on the skin can reliably facilitate decisive emotional change with a range of conditions. However uncomfortable such findings may make old-time clinicians like me, they may force all of us to rethink our models of psychotherapy.

This blog is excerpted from "The Case for Energy Psychology" by David Feinstein. The full version is available in the November/December 2010 issue, The Wounds of War: Returning Vets are Challenging Us to Rethink Our Approaches to PTSD.

Read more FREE articles like this on Mind and Body techniques.

Fascinating stuff for a traditional scientist and skeptic.