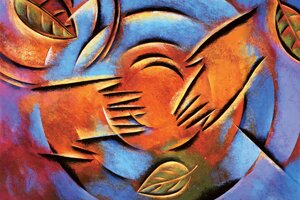 When Are We Enough?


When problems aren’t fixable, as they can often seem in these times, we therapists are faced with the predicament of trying to solve the unsolvable. This predicament lies at the very source of our distress as healers. It’s the weight of trying to fix the unfixable and manage the unmanageable that’s stressing us.

A few years ago, I flew to Peru to lead a retreat for healthcare professionals. Psychiatrists, therapists, counselors, and physicians came from all over the world to take part in psychedelic ceremonies led by Peruvian shamans following ancient traditions.

Over the years, I’ve guided people on these retreats and have seen great transformations in their physical and mental health. My role has been to help them formulate their intentions for their experience, and afterward to help them interpret and integrate what happened during the ceremony. I’d become adept at that task, but I’d never had the same deep visionary shamanic experiences as the people I was working with. So I arrive at this particular retreat thinking not much is going to happen for me. The first night of the ceremony, I’m with 23 participants in the tent. The six shamans come in, chanting. Outside, animals are howling, crickets are singing their song, and birds are chirping. And of course, nothing happens for me.

The next morning, the shamans come to me and say, “We cannot have you in the ceremony. You have such a dark, dense energy that our chants don’t penetrate it, and not only that: it’s dampening the effect of the work on everybody else.” They fired me from my own retreat! I was completely sequestered from the others, and one of the shamans was assigned to work with me over the course of five ceremonies, while the rest of them worked with the group without me.

The shamans knew nothing about my history—nothing about how I’d been born a Jewish infant in Hungary and spent the first year of my life under Nazi occupation. They didn’t know of my family’s experience of the genocide. They were just relating to the energy they were picking up from me. They said to me, “When you were very small you had a big scare and you’re not over it yet.” They added, “You’ve been working with a lot of traumatized people and have absorbed their energies, and you haven’t cleared that.”

When it was over, they laughed as they told me that when they heard healthcare workers were coming from around the world, they thought their job would be easy, because their expectation was that they knew how to take care of themselves. But of all the groups that had ever come to them, this group was the heaviest bunch. None of them had done work on clearing their own stress.

In your therapeutic programs, how much training did you receive on clearing your own energy, when day in and day out you’re absorbing the stresses and traumas of your clients? This is where the need for compassion for ourselves must come in. Because the problem isn’t that we’re compassionate toward others; it’s that we aren’t compassionate toward ourselves. We tell ourselves we must fix the unfixable.

As the shamans so rapidly concluded, I did have a big scare when I was an infant. And it’s true that I’d never cleared that out. That means I’m going to take that experience into everything that I do.

My life itself began under threat. In an effort to save my life, my mother gave me away to a stranger when I was a year old. I didn’t see her for five or six weeks. The message I got was that I wasn’t wanted. That wasn’t the case. My mother giving me to a stranger was one of the bravest and most loving acts she could’ve performed. But that’s not how an infant perceives it.

My friend Peter Levine recently identified a question I’m sure we all ask ourselves: Have I done enough? Most of us have probably concluded, Yes, I have. And then Peter raised another question: Am I enough? That’s a deep one. If you don’t think you’re enough; if, in your early experience, someone taught you that you’re not enough, then one of the ways of compensating for that is to become a helper. 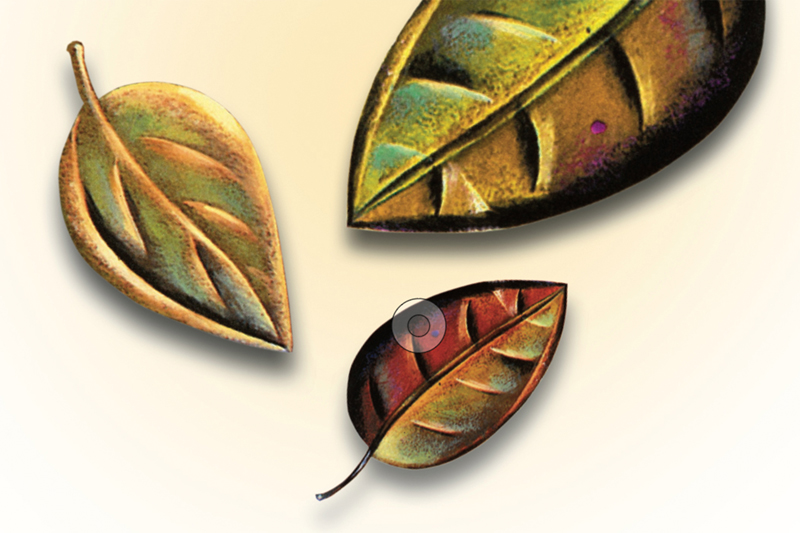 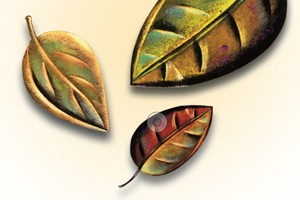 "We can’t fix what can’t be fixed, but we can be the witness who supports the healing capacity we all hold within."

And we helpers will take on impossible tasks, like fixing the unfixable and managing the unmanageable. We have that helper syndrome. And it doesn’t necessarily originate in terrible events. It can come from messages that are more subtly delivered by social expectations. In fact, our whole socioeconomic system largely runs on the belief that we’re not enough and we need to accumulate more and more attributes or successes to prove that we are.

I was having lunch with one of my teachers, Bessel van der Kolk, and he said, “Gabor, you don’t have to keep dragging Auschwitz around.” In other words, I don’t have to allow my own early experiences during a terrible time in history to define my view of myself. It took me a while to get it. I got it intellectually, but it took a long time to penetrate my heart. For a long time, I was still carrying around beliefs about the world and myself that had been conditioned by early experience—including the belief that I’m not enough. But I don’t have to drag those beliefs around for the rest of my life.

What are you dragging around? That weight is what’s creating compassion fatigue. So we have to ask ourselves: If I’m not a helper, what am I?

You may not find an immediate answer to that question. But I want you to ask it, because we have to know to what extent we identify ourselves with our roles. If our helper roles are taken away from us, or if in a crisis they’re deeply challenged, then who are we? That’s what we drag around.

We’re all working with a traumatized population, to different degrees, and are resonating on some level with our clients’ traumatized or addicted energies. How do we keep ourselves from completely absorbing those energies?

At one extreme are those of us who become like a hard cell with a wall around it to keep out the suffering of others. That’s very common, especially in the medical field. But it’s a defensive response. That barrier between the professional and the other person means the professional doesn’t actually see and feel the client’s suffering. It turns you into the expert who knows what the problem is and how you’re going to fix it. That kind of attitude is usually a response to trauma, and it can hurt a lot of people.

Human cells also have a protective surrounding, but it’s not solid: it’s a semipermeable membrane. It lets some things in and keeps some things out. In an emotional sense, we have to develop this semipermeable membrane. We have to feel our clients’ pain without letting it overwhelm us. Our compassion can flow out to them so there can be healing, but at the same time, compassion must flow toward ourselves. Our job is not to fix the unfixable, but to help our clients live through—and if possible, grow spiritually through—the unfixable aspects of their lives.

The Five Levels of Compassion

For my own sake, I’ve distinguished five levels of compassion that help us support our clients’ growth. This is not a schema; it’s just how I see it.

Ordinary human compassion. That it’s ordinary is not a reproach. It’s great. It’s part of who we are. It means that as you suffer, your suffering hurts me.

Compassion of recognition. This is the sense that I’m not different from the people I’m working with. That’s what I found working in the Downtown Eastside neighborhood of Vancouver, one of the epicenters of drug use in the world. I spent 12 years with people who’d been highly traumatized, often abused in childhood, and were now living on the street.

I was different from them in the sense that I’d grown up in a much more functional family of origin than most of them. I was middle-class. I was well compensated for my work, and on and on. I’m not trivializing the differences, but in terms of the pain that I carried and my tendency to soothe myself through external behaviors and activities, and my propensity to lie and cheat, I resembled my clients to a great degree.

With the compassion of recognition, the decision to see our similarities means we’re just two people—two people who’ve experienced adversity, neither better than the other. And to the extent that I can, I’ll try to help you with what I’ve learned from my life and my professional training.

Compassion of truth. Much of what we call dysfunction or mental health conditions originates in compensations and adaptations that humans rely on to keep from feeling the pain of their trauma. So the dynamics that people demonstrate are always adaptations originally designed not by them, but by nature, to shield them. When you start to look into those, a lot of pain may come up within people. It’s not compassionate to shield people from pain that’s already in them. That’s what I call the compassion of truth.

Compassion of possibility. The last form of compassion has been the most difficult for me. It emerges when you don’t identify someone with their suffering or pain or history: you see the essential reality of the human being before you—and to do that, you need very clear eyes. As I described, I was dragging something around that Bessel van der Kolk had seen in me. Something that I couldn’t let go of, but that I also couldn’t see. He could see the possibility before me if I were to let that burden go. That’s what I call the compassion of possibility.

It requires us to do a lot of work on clearing ourselves, because as long as I believe that I don’t have the capacity to heal, I’m going to have trouble projecting that possibility onto others. I can go ahead and say that I believe in the possibility, but I have to experience it and move through it inside myself. That is ongoing work.

There’s never a situation when helping by offering compassion doesn’t help. What doesn’t help is taking on the impossible. Alice Miller, one of the great psychotherapists, asked, “Why is it that some people with severe traumas make it through to have vibrant lives, and others succumb?” She taught that the people who make it were graced with the presence of an empathetic witness. As clinicians, we can’t change the situation, but we can be that empathetic witness.

We can’t fix what can’t be fixed, but we can be the witness who validates that person’s experience and thereby support the healing capacity we all hold within. It’s part of our nature.

Gabor Maté, MD, is the author of the bestselling book In the Realm of Hungry Ghosts: Close Encounters with Addiction. His next book, The Myth of Normal: Trauma, Illness and Healing in a Toxic Culture, will be published in the spring of 2022.