VIDEO: Depression Is Not a Disease, It’s a Wake-Up Call

James Gordon on Healing without Antidepressants

Depression is not a disease, so the promise of antidepressants as a cure just doesn’t hold water. That’s the assessment of James Gordon, M.D. and he should know. Jim is the author of Unstuck: Your Guide to the Seven Stage Journey out of Depression.

VIDEO: The Mindful Path Out Of Depression

What’s happening when a client suffering from symptoms of depression is willing to follow the therapist’s voice with eyes closed? According to Zindel Segal—expert on mood disorders—that simple act is a commitment to choicefulness and a first step towards shifting the perceptions that make depression so hard to shake.

VIDEO: Changing the Brain to Take In the Good

Rick Hanson on 5 Simple Steps to Use Right Away

Our brains are very good at learning from the negative—that's what helped our distant ancestors learn what to avoid of they wanted to stay alive. But it interferes with our lives today when we react to stressful situations as if they were life and death. They're usually not.In this brief clip, Rick Hanson, author of Buddha's Brain and Hardwiring Happiness, walks us through surprisingly simple steps that can shift our memory systems to internalize positive experiences and states with equal efficiency.

Why is it so difficult to lose weight and keep it off? From the viewpoint of Cognitive-Behavioral Therapy (CBT), the reason isn’t hard to find: knowing what to do and knowing how to get yourself to do it are entirely separate skills. When it comes to changing behavior, especially long-term, habitual patterns, getting yourself to do something different, even when you know it’s good for you, depends largely on what you tell yourself: that is, on your thinking. Outlined here is a program I’ve developed for nonpsychiatric (and noneating-disordered) individuals that utilizes the basic principles of CBT to address overeating directly.

Strengthening the Therapeutic Alliance with Concern, Reflection, and Insight

Within the older traditions originally inspired by psychoanalysis, self-knowledge had a place of honor in both treatment and training that it no longer occupies. The question our field faces at this point is whether this older tradition that revered clinical wisdom is still relevant. Here are some of the characteristics of wisdom identified by both researchers and therapists alike. 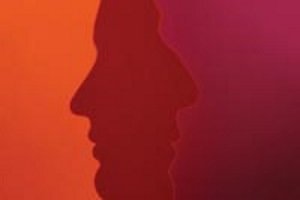 How Focusing Partnerships Can Re-energize Your Therapy Practice

A growing body of research indicates that when we don’t feel effective in our work, burnout is likely to follow. But through a process called Focusing partnerships, a two-therapist encounter emphasizes the clinician's issues, especially those that are still fuzzy or half-formed, not yet able to be verbalized. It lets us dive beneath our cognitive brain into our embodied knowing and to find what's actually troubling us, and to use that knowledge to recover our zest for our work and our lives.

If we can bring awareness into our own pulsing bodies, we get a chance to explore the hidden well of physical discomfort caused by our memories and emotions and our crazy defenses against that discomfort. The body, you might argue, is the unconscious. No one welcomes discomfort, but the fear of becoming overwhelmed, the fear of unleashing strange forces, of "wallowing" in negativity, can funnel our energies away from tolerating even the mildest turbulence of our felt experience. In my therapy practice, I've learned that being present to the rich physical substrate of the body can be especially useful in couples work.

The Power of Acceptance and Commitment Therapy

Testimonials from the 2015 Psychotherapy Networker Symposium

Today I attended a workshop called “Working with Black Couples: Overcoming Myths and Stereotypes,” led by Dr. Christiana Awosan. Being an African American female, this talk was very emotional and I was able to identify with some of the stereotypes that have been placed on black single heterosexual women. A big problem in black relationships, Christiana said, is not that black men and women don’t want to stay together. It’s that they don’t know how to sustain their relationship. Race is a huge contextual factor in why black couples have a hard time working through their issues. But nobody seems to be talking about this or giving voice to their oppressive experiences within society.

The Therapeutic Goldmine of Song, Dance, and Mindfulness

Testimonials from the 2015 Psychotherapy Networker Symposium

John Kabat-Zinn sparked my interest when he recounted the time Oprah asked him, "Is there life after death?" His reply to her: "Oprah, I'm interested in the question, 'Is there life before death?'" Living fully is dependent on our capacity to practice mindfulness. The idea that acknowledging a feeling, even acknowledging pain, can reduce suffering is so powerful. Over time, I have realized what John Kabat-Zinn illustrated so beautifully this morning. Mindfulness is realized in a world full of human beings, people waiting to be seen and heard, and in search of ways to live more joyfully and with less suffering. We therapists have the privilege of being present for people who are doing just that. In this moment, I feel gratitude.