The Power of Acceptance and Commitment Therapy

The Merits of Applying Brain Science in Therapy

Using the Brain to Explain Fear and Anxiety Objectively

The aspects of our brains that evolved 50,000 years ago—which give us astonishing powers of thought, logic, imagination, empathy, and morality—also share skull space with the ancient brain equipment that we've inherited from our mammalian and reptilian forebears over the past several million years, including the neural circuitry involved in fear and anxiety. Some therapists bristle at the integration of neuroscience and psychotherapy, calling it irrelevant or reductionistic. But information about the brain and how it evolved helps us communicate with clients about their problems in an objective and non-shaming manner. It's hard to grasp how the brain could be irrelevant to changing the mind.

Embracing the Client's Capacity for Resilience and Recovery

When we learn that clients have experienced tough childhoods, sexual or emotional abuse, or significant losses, we often make immediate assumptions about their current struggles and the kind of treatment they require. In many ways, the information we gather about problematic pasts biases and blinds us. But human beings are far too complex to assume that we know how any single person assimilates his or her experiences. So why not assume resilience? Why not trust people’s abilities to rebound from adversity?

Unlocking the Power of Deep Breathing to Combat Panic Attacks

Anxiety attacks anything and everything in a person's life. Sometimes the targets are the mundane activities that others take for granted. At other times, it attacks more fundamental functions, such as one's ability to work or to love. We are used to thinking of people who are afraid to speak in public or to drive across a bridge as anxious. We are all familiar with a few stereotypical worrywarts. But anxiety influences a much broader range of behaviors. To the ordinary observer, people who are rude in a restaurant, obnoxious at their child's soccer game or overly exacting of their employees might seem simply self-centered. But often, these individuals are dealing with a wide variety of inner phantoms.

Assessing the State of Psychotherapy

Is Today's Therapy Losing Out to Science and Psychopharmacology?

The bad news was made official in 2010, though everybody in the head-shrink business had long suspected as much: psychotherapy was in decline, or even in freefall. You might think this trend represents people’s preferences for the quick fix of a pill, rather than a slog through talk therapy, but you’d be wrong: surveys have consistently shown that depressed and/or anxious people and their families would rather talk to a real, live, human therapist than fill a prescription. So in what appears to be the twilight of the psychopharm gods, why aren’t therapy practitioners rising up, throwing off their chains, and reconquering lost mental health territory?

Hypnotic Language in the Consulting Room 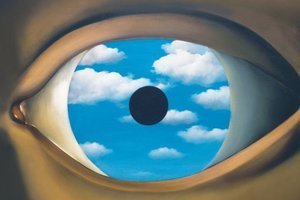