David Burns on the Paradox of Resistance

According to therapist and author David Burns, the biggest barrier to treating anxiety successfully is recognizing how clients covertly hold onto their symptoms, even when it causes them distress. Here, Burns explains how he addresses resistance to create meaningful and lasting change.

VIDEO: Depression Is Not a Disease, It’s a Wake-Up Call

James Gordon on Healing without Antidepressants

Depression is not a disease, so the promise of antidepressants as a cure just doesn’t hold water. That’s the assessment of James Gordon, M.D. and he should know. Jim is the author of Unstuck: Your Guide to the Seven Stage Journey out of Depression.

VIDEO: The Mindful Path Out Of Depression

What’s happening when a client suffering from symptoms of depression is willing to follow the therapist’s voice with eyes closed? According to Zindel Segal—expert on mood disorders—that simple act is a commitment to choicefulness and a first step towards shifting the perceptions that make depression so hard to shake.

Gretchen Rubin on the Power of External Motivation

For her 2009 book, The Happiness Project, Gretchen Rubin spent a year test-driving dozens of techniques and notions that purport to make people happier. More recently, Rubin explored the nature of habit and challenges some basic psychotherapy principles to propose that, rather than awareness and insight, many people just need more external motivation to make the changes they need in their lives. In the following conversation, she focuses on what she considers limitations of psychotherapy as a road map for change.

VIDEO: Changing the Brain to Take In the Good

Rick Hanson on 5 Simple Steps to Use Right Away

Our brains are very good at learning from the negative—that's what helped our distant ancestors learn what to avoid of they wanted to stay alive. But it interferes with our lives today when we react to stressful situations as if they were life and death. They're usually not.In this brief clip, Rick Hanson, author of Buddha's Brain and Hardwiring Happiness, walks us through surprisingly simple steps that can shift our memory systems to internalize positive experiences and states with equal efficiency.

Why is it so difficult to lose weight and keep it off? From the viewpoint of Cognitive-Behavioral Therapy (CBT), the reason isn’t hard to find: knowing what to do and knowing how to get yourself to do it are entirely separate skills. When it comes to changing behavior, especially long-term, habitual patterns, getting yourself to do something different, even when you know it’s good for you, depends largely on what you tell yourself: that is, on your thinking. Outlined here is a program I’ve developed for nonpsychiatric (and noneating-disordered) individuals that utilizes the basic principles of CBT to address overeating directly. 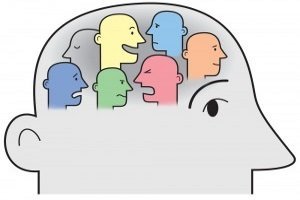 As both a prescriber and a therapist, I believe that the chemical effect of pills is only part of their impact. The other part may seem a little weird, I warn clients, but it has to do with their thoughts, feelings, and expectations around the medications they take—in other words, their relationship with their drugs. I emphasize that for some people, more may be riding on this relationship, the source of so much hope and potential disappointment, than on any other in their life.

Untangling the Controversy Behind the Right-to-Die Movement

At a time when medical technology has become increasingly adept at keeping people alive, some people are voicing a feeling within a growing part of the population that the goal may not always be keeping a terminally ill person alive at all costs. But even though there's support for the idea that, under certain circumstances, it might be more humane to help people at the end of life bring about their own death peacefully and quickly, the right-to-die effort is plagued with controversy.

Getting to the Hidden Cause of Anxiety

David Burns on the Origin of His Hidden Emotion Technique

When I first began my career in CBT, it seemed to work a lot better than medications and talk therapy, and clients liked it. Sometimes, the results were fast and spectacular. But something was missing. It seemed obvious that negative thoughts triggered anxiety, but what caused the negative thoughts? What was it inside a person that made him or her so vulnerable to intense anxiety and insecurity? Then one day, one of my patients got me to thinking about anxiety in an entirely new way.