The Four Types of Depression and How to Address Them 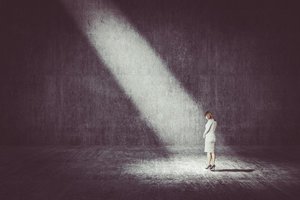 Psychotherapists probably see more cases of depression than anything else in their practices, but it remains one of the most challenging conditions to accurately assess and treat. Part of the problem, no doubt, is that "depression" is a broad, poorly defined diagnostic category, which embraces a daunting range of symptoms, including cognitive and physical lethargy, mental rumination, loss of concentration, chronic negativity and pessimism, feelings of worthlessness, and unremitting sadness. Furthermore, the symptoms themselves can block response to treatment. Lethargy, hopelessness, negative thought patterns, and refractory negative mood all interfere with useful interventions. To get beyond or around the powerful drag of inertia in depression, therapy needs to quickly nudge clients into action, help them take charge of their cognitive habits, instill hope, and reduce negative mood.

Rather than seeing depression as some kind of monolith, I've found it useful to see depressive symptoms as falling into four basic clusters, each reflecting a different underlying cause---neurobiological, traumatic, situational, and attachment related. By immediately addressing the attitudes and distinctive vulnerabilities that lie at the core of each cluster, treatment can begin to bring about a shift in brain function that makes longer term work easier. In what follows, you'll find a brief description of how to begin treatment with each cluster, with a particular emphasis on how to enhance the likelihood of initial engagement.

People who complain of low cognitive energy—"I just can't think about that now," or "I just sit and look at the work"—and persistent negative mood, irritability, and limited pleasure or interest in daily life are most likely suffering from endogenous depression, a condition assumed to be biologically, and probably genetically, based. They tend to be passive and unmotivated: their attitude toward therapy can be summed up as "What's the use?" Despite the neurochemical factors implicated in their depression, you can still nudge these clients into a more active, positive state of mind by engaging their power to make small decisions that will briefly override their low energy. By deliberately shifting away from their negativity and consciously acting in opposition to it, they can begin to make changes in their lives to provide just enough positive reinforcement to boost them a little way out of their trough of despondency.

Post-traumatic stress is another source of depression that can manifest itself in sudden feelings of intense helplessness, often set off by emotional or environmental events, which the client may not even recognize as triggers. Trauma victims can experience disproportionately powerful mental and physical states from even seemingly minor stressors, especially when they somehow evoke a version of the helplessness and sense of danger they felt during the initial trauma. They have a hard time believing anybody can help them, far less that they'll ever be able to help themselves.

We know from neurobiological research that language—coming from the left prefrontal cortex—modulates emotion by exerting control over the limbic system. So, helping these clients change their language—making it less about their inability to do anything, and more about personal agency—can actually reduce feelings of helplessness. I point out the times they say "I can't," until they become aware of how often they use this phrase. I then suggest they substitute "I won't" for "I can't" and notice how the change makes them feel. They usually find that while saying "can't" makes them feel helpless, "won't" reminds them that, in this moment, they’re simply not choosing to try to change. Their internal discourse thus becomes less about helplessness and more about rationally appraising situations and their motivation to change them.

Situation-induced depressions may result from serious personal losses (job, spouse, death of a loved one), work burnout, or exhaustion from long-term care of a sick family member. In addition to causing sadness, discouragement, or a sense of meaninglessness, these stressful situations can engender physical lethargy and emotional isolation, which tend to be self-reinforcing: exhaustion and isolation breed more exhaustion and isolation. Furthermore, this kind of depressed client doesn't just need to change an attitude, but also the situation itself by doing something about it.

Clients suffering burnout tend to complain about their intense responsibilities and the ensuing stress, but they don't see the depression lurking beneath the surface. They need first to cool down their burnout by taking straightforward, practical steps to restore their overall health—eat better, exercise more, and improve their sleep habits. They need to remember what they used to like to do for fun and begin doing it again.

Depression stemming from attachment problems often manifests as a default attitude of negative expectations about the world and an inability to soothe oneself in adversity, which often results in a plunge into despair when the person confronts even minor upsets. A child who's repeatedly left uncomforted by adults when distressed first becomes frantic, then resigned and hopeless, ultimately shutting down emotionally. A child suffering from this kind of chronic neglect or even more severe attachment failure (physical and emotional abuse, for example) becomes an adult who tends to feel generally hopeless, with low expectations of self and others, and susceptible to sudden plunges into psychological despair. These clients exhibit dramatic shifts of mood, quickly descending from relative equanimity to abject misery as if "falling off a cliff."

To refocus their attention and reset their automatic default from hopelessness to a more neutral wait-and-see attitude, I give these clients several assignments. One is to "Say five positives" every day—find five good things about others' character or behavior, and then tell them. Besides being an antidote to the assumption that everyone else is unfair and mean, this exercise sets up a positive feedback loop: others, in response, are likelier to live up to your positive remarks than down to your low expectations. During several months, clients begin to see some good in the world.

What I've described isn't a therapy of dramatic moves, but of small steps—a kind of microtherapy—that focuses on subtle shifts in behavior patterns and daily attitudes. With time, it can create profound change in clients who staunchly resist interventions that seem too bold and threatening. This carefully calibrated type of therapy is, of course, always grounded in the clinician's attunement with clients' worldviews and an appreciation of the degree to which their actions can be influenced initially. But those who recognize the crucial differences among the many varieties of depression, and who have the patience to work carefully, will discover that being slow and steady is an underrated therapeutic virtue.

This blog is excerpted from "Deconstructing Depression" by Margaret Wehrenberg. The full version is available in the Novemeber/December 2010 issue, The Wounds of War: Returning Vets are Challenging Us to Rethink Our Approaches to PTSD.

I found this article very useful as I have seen each of these in my practice and find the last one mentioned the hardest to work with but, as the article suggests, patience and a longterm view or approach are necessary in cases like these. Thank you!

"Microtherapy" article was well written, concise and the to the point. I like the four basic clusters with each reflecting different underlying causes - neurological, traumatic, situational and attachment related et al to bring about a shift in brain function....

I really like your breakdown of the different types of depression and how to address each one with a specific therapeutic intervention. Thank you for that!

Always learning something new.... thank you for this interesting article. So much better than reactive vs endogenous depression. So much more elaborate. Thank you for also sharing a few homework ideas. Some are similar to what I offer my clients, but you offer a few twists on what I've been suggesting.