Millennials and the Tyranny of Choice 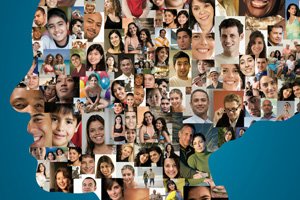 Kat comes to therapy right from work, so she’s usually early. She likes to sit in my waiting area and read fantasy novels until I’m ready. She says there are so many demands on her time that she appreciates the few minutes to herself out there. When I welcome her in, she shoves the paperback into her bag and with a tight smile pulls out a small, pink notebook before getting up to come into my office. Wordlessly, she hands it to me as she sits down. She’s prepared for our time by jotting down events and thoughts that she wants me to read and ask her about. Since it’s hard for her to summarize what’s on her mind, she prefers we begin this way.

Though we meet infrequently—Kat just aged off her father’s plan, and her work insurance has a steep copay—certain themes always come up: incapacitating college debt, overeating and weight concerns, stress about living back in her childhood bedroom at age 27, the boredom and frustration of her menial receptionist job, and her social isolation. On a deeper level, she’s in a holding pattern in her life, and can’t seem to move forward. The attendant anxiety costs her in sleep, chronic headaches, and binge eating. I also sense an almost obsessive paralysis about making any decisions.

For example, one day Kat brings in some job possibilities to discuss with me, and it’s clear how overwhelmed she is by the small list she’s placed on the ottoman between us: she nervously toys with her water bottle, and her eyes dart around the room. She has, at the ready, compelling reasons not to apply to any of them: she won’t earn much more, insufficient opportunity for advancement, a tough commute in the winter, the likelihood of too much competition for the spot, feeling discouraged by previous rejections. It took me a few weeks to catch on, but I now realize our conversations around strategizing and problem-solving were only contributing to her hamster-on-the-wheel processing. She’s simply too defeated and paralyzed to make much use of my logistical support.

Kat admits that she’s really afraid of making a wrong decision, and we dig into how this has happened. We examine her life story as an only child of older, hardworking parents and how she never wanted to disappoint them. We talk about the impact of intensive exposure to other people’s lives on social media and how it may be leading her to idealize what others have accomplished, giving her an acute sense of defeat before she even begins.

Like Kat, many of my clients her age seem stuck in the disconnect between what they imagine their lives could, or should, be and a penetrating sense of the harsh reality that they may never get there. Kat has said on numerous occasions that she doesn’t like having all these “shabby excuses” for feeling so stuck. But I treat lots of millennials, and I can easily see that she’s not alone in feeling this way. Am I framing the conversation wrong with Kat, not really understanding the paralysis?

I decided to consult with a small group of millennials, all with firsthand knowledge about providing and receiving therapy—a few current and former doctoral students and a smattering of young adults I know from my nonprofessional world who’ve put in time as psychotherapy clients.

Indeed, my group of young consultants emphatically underscored that they shared her experience of the tyranny of choice. One noted, for example, that even in rural Vermont, someone with a Tinder account willing to drive 30 miles could have dozens of possible partners for the evening; the potential number of meetings in more populated areas is mind-boggling—enough to make a person just end up staying home.

In a similar vein, another consultant confessed that he watches the same 10 shows over and over on Netflix, because it’s too hard to decide on a new one. A third millennial told me he felt overwhelmed when just picking out a fan for his room: “The amount of research is endless, and you can never make a choice. I look at the contradictory reviews, and that makes it even worse.” Another concurred, “It feels like every choice is going to affect your life. We feel this way about big things and small things. One wrong choice means you missed a better option.”

Now, I’ve begun to grasp that I underestimated what a big deal choosing has become. My frame that was supposed to be encouraging with Kat was actually pretty invalidating: I believed that because she’s young, she could simply right her course if it didn’t work out. I’ve since made several adjustments in my work to help her take hold of her life and approach her paralysis differently.

First, I dive more sensitively into the worst-case scenarios. Specifically, I no longer ask, “What’s the most terrible thing that could happen?” believing that by pondering it, she’d see it might not be the end of the world and would feel emboldened. I understand now that tyrannized-by-choice millennials wanted me to acknowledge the very real, significant costs of committing unwisely. Indeed, when I first entered into a worst-case job conversation with Kat, she made a compelling argument that, given her mountain of debt, the wrong employment choice might actually bury her under it. Now I want to better understand and empathize with how bad it could be.

Second, I work even harder to help her tolerate her paralyzing self-doubt and uncertainty. This means getting her to sit with feelings she doesn’t like talking about and validating that she has good reasons to feel overwhelmed. I’ve used my ignorance mostly to good effect on this score; I really don’t know what it feels like to confront a list of jobs (or prospective partners or causes) this way. By being curious, I engage in a kind of compassionate exposure therapy with her.

Third, with Kat and my other young adult clients, I now break decisions down into much smaller steps, both to make them more manageable and to be able to view even little decisions as acts of bravery. This attention to courage, wherever it emerges, offers millennials a kind of paradigm shift away from all-or-none deciding and toward valuing steps as accomplishments in their own right. For example, as Kat and I worked on a generic cover letter together, I encouraged her to reflect on how she sees herself, her accomplishments, and her work ethic. She’s been feeling so burdened by life decisions that it’s difficult for her to “brag” about herself; however, crafting the letter itself became a small, significant cause for celebration.

More and more, I talk with millennial clients seriously and lovingly about how they manage the toxic effects of making an inevitably imperfect decision. I acknowledge how fast the world has changed since I came home from school and had to wrangle with my brother about whether we’d be watching Superman or Mr. Ed on our lone TV, which didn’t even have a remote. It’s harder now for many young adults to make all manner of decisions—and older therapists do well to recognize and explore this overwhelming new world with them.

This blog is excerpted from "Listening to the Next Generation," by Martha Straus. The full version is available in the November/December 2018 issue, A New Generation of Clients: Is Therapy Keeping Pace?

Martha Straus, PhD, a professor in the Department of Clinical Psychology at Antioch University New England, is the author of No-Talk Therapy for Children and Adolescents, Adolescent Girls in Crisis, and Treating Traumatized Adolescents: Development, Attachment, and the Therapeutic Relationship.