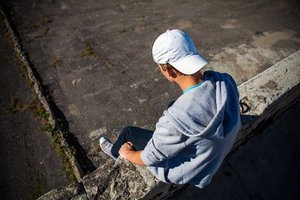 Back in the 1970s, a handful of psychotherapists and theorists radically altered the way clinicians viewed and helped emotionally troubled kids. Innovators like Salvador Minuchin, Jay Haley, and Urie Bronfenbrenner audaciously suggested that the existing modes of therapy, still predominantly Freudian in perspective, simply weren't working, and they proposed what would be a complete rethinking of child and family mental health.

So influential were these thinkers that their basic ideas seem unassailable--indeed obvious--today. Children and adolescents, they preached, couldn't be viewed or treated in isolation from the many intertwining worlds they inhabited. They were individuals, of course, but they were also sons and daughters and siblings, nephews and nieces, church members and boy scouts, and more. Any effective intervention would need to acknowledge and build on these overlapping systems. In the jargon of the emerging family systems therapy, counseling had to have "ecological validity."

One doesn't hear much about social ecology and systems theory these days. The practice of family systems therapy, while hugely popular, was intense and time consuming, requiring the careful pulling away of layer upon layer of experience and emotional entanglement. It was an expensive form of treatment, mostly carried out in private practice, which would become a luxury in the new era of cost effectiveness and evidence-based care. Because of these cultural shifts and economic pressures, no second-generation gurus have emerged with the stature of a Minuchin, Haley, or Bronfenbrenner.

Unless you count Scott Henggeler.

Scott Who? Few people in the broad mental health community, much less the culture at large, probably know the name. But Henggeler has arguably carried the torch for family systems therapy more effectively than any other practitioner, though its 21st-century embodiment might surprise the early practitioners.

The comparison also bemuses Henggeler himself. A clinical psychologist by training, he's the pioneer of what's called Multi-Systemic Therapy, or MST. As its name suggests, MST is focused on the many overlapping worlds of childhood and adolescence. It emphasizes treating problem kids in their own natural environment, and practitioners routinely use genograms to visually depict the stresses and sources of support in a teenager's life.

Yet Henggeler is cautious about tracing MST's roots entirely back to the family therapy of the '70s. While acknowledging the influence of those innovators, he's quick to point out important departures from the scriptures. Most notably, he rejects guru status not only for himself but for the field generally. "Thirty years ago," Henggeler recalls, "the training model was to go to the guru, the grandmaster, and sit at his feet, then go out and be a guru yourself. From a public policy perspective, this is not a very effective model." It isn't effective, he adds, because it produces a very limited number of trained therapists--not nearly enough to take on the massive public health challenge of keeping a growing population of troubled kids out of jail.

In place of the flamboyant-guru model, Henggeler emphasizes the mundane task of "service transport"--getting what works to those who need it in the most efficient way possible. To that end, he's devised a training program (licensed to the Medical School of South Carolina, where Henggeler is a professor) with a rigid protocol, which MST therapists (almost exclusively M.S.Ws.) are expected to use as unvaryingly as possible. Since MST began gaining popularity in the mid-1990s, this practical approach has produced a large cadre of public sector clinicians, practicing in 30 states and 10 countries. An estimated 12,000 teenagers have received MST treatment, many of them because they've been arrested for illegal drug use or violent crimes like sexual assault.

But don't look for the flashes of creativity, the brilliant "Aha!" moments of therapy past. In their place is another dull, but deeply useful, concept: quality assurance. MST therapists are constantly supervised, and deviations from the basic principles are corrected quickly. "Training gets you off on the right foot," Henggeler says, "but newly trained therapists tend to drift, without continuous coaching and feedback." Most of the MST "experts" who do the supervision are Ph.D. psychologists.

Much of MST is focused on clearly defined, short-term, measurable goals--changes in behavior like eliminating school truancy and curfew violations. If therapists stick to the basics of their training, Henggeler claims, about two-thirds of MST interventions are successful--meaning the kids are not rearrested and avoid residential placement or jail time. Although Henggeler is a clinician, his expertise is evaluation of service effectiveness, and MST is one of the most thoroughly and rigorously evaluated interventions available for juvenile delinquents.

The real challenge with such interventions, he says, is making the results stick after the therapist is gone, typically after about four or five months. To that end, MST emphasizes empowering the primary caretaker to do the therapy. This often involves correcting some ingrained patterns of dysfunctional communication, both within the family and between the family and others in the community, especially teachers and principals.

Henggeler didn't envision MST when he was starting out, nor could he possibly have imagined its current reach and influence. As a newly-minted Ph.D. at Memphis State in the mid-'70s, he was interested in antisocial kids, but distressed by the interventions typically in use. "Either they got individual therapy--Gestalt therapy, client-centered therapy, psychodynamic therapy--or they were put into group homes," he recalls. "From what I knew of obnoxious adolescent behavior, it seemed that putting them together in homes wouldn't work. They feed on each other." MST grew out of this early skepticism, and today is entirely home based.

Perhaps the most significant departure from classical family therapy is MST's inclusiveness: it'll basically incorporate any therapeutic idea, as long as it's been proven to work in rigorous evaluations. For example, MST therapists will often incorporate Cognitive-Behavioral Therapy (CBT), because so many troubled teenagers suffer some degree of depression along with their antisocial behavior. The therapists instruct the primary caretakers in the principles and practice of CBT, which they can then use as long as needed. Similarly, MST therapists don't hesitate to recommend drugs, especially for the many antisocial kids with attention problems that impair their schooling.

The demand for proven interventions has intensified in recent years, as cash-strapped public health agencies are feeling pressure to show taxpayers hard results. This has been a boon for MST. Although a typical intervention takes months and requires a 24-7 commitment of the therapist's time, even this investment is cost effective when compared to the price of running a kid through the juvenile justice system, providing residential treatment, or imprisonment. The approach has been so effective with juvenile delinquents that some localities are experimenting with it as an intervention for kids with psychiatric disorders alone, which is sometimes paid for by Medicaid.

Interestingly, despite its significant debt to the geniuses of family therapy, few MST practitioners are trained in family therapy. That's the way Henggeler likes it. "Too much familiarity with family therapy can actually get in the way of effective work with kids," he says. "It's harder for family therapists to switch to our multidimensional approach." Just as in any family system, it appears, the offspring--even the offspring of family therapy itself--must eventually break with the parent to fulfill their potential.

This blog is excerpted from "No Gurus Need Apply" by Wray Herbert. The full version is available in the January/February 2007 issue, Coming Home: The War Isn't Over for Many Iraqi Vets.

Interesting article, here in NSW Australia, the Department has just invested a significant amount of money into MST-CAN to try to address the increasing population of children removed from their parents due to neglect etc. and placed into care.

I appreciate the work of Scott Henggeler– Especially his advocating for a systems approach to adolescence. In order to promote historical accuracy in the mental health field, I also wanted to point out that while he was getting his PhD in the mid-70s at the University of Virginia, a woman named Virginia Satir had already been practicing for 15 years, and received grants to study and implement systems approaches in therapy to both adolescents and adults. https://en.wikipedia.org/wiki/Virginia_Satir It would be hard for me to believe that Scott's work was not strongly influenced by Satir's, and so I just wanted to bring up this point to clear the record. (I have no idea if he gave her credit or not, but it has been one of my criticisms of academia that in order to get a PhD, one often has to repackage Concepts that have already been around, and to make matters worse, reviews of the literature often only go back these days for 10 years!) I'm happy that the author obviously went back further than is common these days, but felt the need to round out the entire picture regarding the genesis of systems theory – which indeed, was a sharp departure from previous Freudian therapies and the medical model – including the DSM approach to people, when as Virginia used to say; "people are more like molecules made up of parts (individuals) in relationship to each other Which creates a sum (System) greater than the whole. To look at the pieces alone misses the very organized structure that influences each individual. Changing how one relationship pairing interacts with each other, or even one individual's relationship Interactional pattern with the entire system actually impacts All of the individuals in that system!" (Paraphrased) NOTE: Because of this, I would also disagree with the assertion that systems therapy is more expensive – in point of fact, it went out of favor more because of the influence of big Pharma and the insurance industry which were looking for things to make nonreimbursable. Both couples and family therapy received that acts from most in the 80s! It's counterintuitive to assert that one therapist working with 5 people that will change is cheaper than waiting for 2 or 3 of the 5 to deteriorate to the point where they need hospitalization, emergency services, or individual therapists!