The Evolution of Trauma Treatment 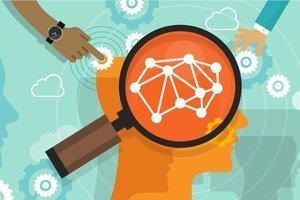 Love Your Brain Yoga is giving me a new opportunity to handle situations I used to not be able to cope with.

The best therapy is having a nurturing, loving relationship and a safe place. Love and safety are what truly heals us.

Great article! I want to note that Rosen Method Bodywork, which has been around since the 70s, is also a powerful trauma release modality. If you are unfamiliar with it, it would be worth your time to fins out more about it. Here is a bit about Marion Rosen, the developer of Rosen Method Bodywork: In 1936, when Marion was 22 years old, she began studying touch therapy with Lucy Heyer in Munich. Lucy Heyer was trained by Elsa Gindler, one of the leading innovators in body-oriented therapies in Europe. Lucy was also the wife of Gustav Heyer, a physician in the circle of Sigmund Freud, Karl Jung, Wilhelm Reich, and other leaders in the budding field of psychotherapy. During her apprenticeship, Marion worked with many patients undergoing psychoanalysis and drew on touch therapy as a way to access unconscious memory, feelings, and past events that had been forgotten or suppressed. This early experience would later inform her unique forms of bodywork and movement. Also, concerning desensitization: The idea of going through the difficult traumatic feelings (in an intentional, safe way that is not overwhelming) as a way to releasing those traumas can look like desensitization. I am curious as to the distinctions between these? What makes a desensitization bleed over into numbness of positive feelings as well, rather than just being able to tolerate/regulate/befriend the formerly overwhelming negative feelings? That kind of desensitization is how psych meds seem to work. Love your work!

Have you or other trauma experts dealt with the preventive side of the trauma when you have no means of stopping a current traumatic experience? What do I do when my trauma is ongoing, daily and collective? How does one face up to current, ongoing, repetitive, collective, psychological and physical daily trauma? When trauma is the norm not the exception? This is not a personal experience and I am not a trauma specialist. But I know that this is happening to 2 million Palestinians of all ages, but mostly children, in Gaza. They are denied freedom of movement, with drones buzzing overhead and with the the threat of bombs falling from the busy skies. And with the ambient temperatures of 40 degrees centigrade and access to erratic supply of electricity for as little as 2 hours a day and constantly told by the world that you are to blame. And it goes on year after year. Shouldn't we be considering some preventive strategy for individuals in this situation? You seem to fall retroactively on the power of the body to deal with the outcome of trauma, to heal. Shouldn't we consider devising a preventive strategy that relies on the body's own resources?

As a 61 year old who has spent over 40 years healing and recovering from complex trauma. No one mentioned neuro-feedback. Please let me share, that I have done 3 types in the past 6 years including a home unit. I am currently doing "Brain Paint". OMG my memory is coming back and the insight to integrate the pieces!! I was stuck in EMDR. Don't ever give up on your clients!! I was lost and numbed into a hell for 16 years on psychiatric medications. Mindfulness skills and tools set me free! Insight meditation to know how to sit in meditation and become my own best friend! So much has helped me but I am betting on Brain Paint for anyone to open up the frozen brain of trauma. Find me on Trauma Flowers via facebook....anyone can heal the monster of trauma!!!

After years of EMDR, EFT, neurofeedback, TMS and trials of various medications, Ketamine infusions were my ticket to freedom from PTSD and depression. I just did 3 out of the recommended 6 infusions and have experienced long lasting relief. It was an immediate solution from the first infusion rather than having to suffer through months if not years of pain to find relief from any of the other methods I tried.

Emotional Freedom Techniques (EFT) isn't mentioned here, but it's an excellent tool for working with trauma as it doesn't re-sensitize. It's very gentle.

I appreciate this excellent summary by Bessel van der Kolk of healing therapies and the responses of societies to various origins of adult problems. I've seen the movements progress through the years during my healing journey but didn't ever connect the False Memory Syndrome groups with the Catholic Church. Years ago in a used book store I found a book about Freud's first paper where he talked about incest and then went on to talk about how he changed his approach. As an incest survivor, I totally understood why his statements were rejected. Nobody in my family or people who knew my family believed me, either, when I first started telling them about my father and grandfather ("well-respected" men in their communities)! The only part of the healing history left out of this article are the discoveries and approaches made in the spiritual areas of healing prayer by such ministries founded by Dr. Ed Smith (Transformation Prayer Ministry), Dr. Karl Lehman (Immanuel), Dr. James Wilder and others (THRIVE), Father Andrew Miller (HeartSync), and Restoration in Christ Ministries (the late Dr. Tom R. Hawkins and now led by his wife, Diane Hawkins). I have found God's deep healing for severe traumatic memories through fine therapists and with these approaches through the power and grace of the Lord Jesus Christ and the Holy Spirit. In our secular society we often fail to consider that the God who made us loves us and understands us, for He has seen every trauma. He knows how to heal us if we will just ask Him and He gives us the power to forgive what often seems unforgivable.

Thank you for the historical summary. I can trace some of my family issues back to specific incidents during the Civil War. Are you aware of the concept of "toxic stress" that results from Adverse Childhood Experiences? Please see the TEDMED talk by Dr. Nadine Burke Harris and the websites www.ACESTOOHIGH.com and ACESCONNECTION.org. In Northern California, this knowledge is being integrated into the public health system because ACES affect our physical, emotional, cognitive, social and economic health. See also the work of Dr. Vincent Felitti. Perhaps you could hold another Psychotherapy Networker conference in San Francisco one day and focus on primary prevention of ACES. We are working on all our institutions becoming "trauma-informed and resilience building."

Based on what I've seen treating flight phobia, when Reflective Function is not well-developed it can collapse easily under stress, leaving the person unable to distinguish memory and imagination from perception. Simply thinking of an upcoming flight - and the possibility of a crash or a panic attack - they can trigger enough stress to shut down Reflective Function. They (unknowingly) are no longer separating imagination from reality, and "just" know the awful thing they are imagining will happen. On the plane, imagination of the plane falling out of the sky is experienced as falling out of the sky. I propose that a PTSD flashback takes place when Reflective Function shuts down and a traumatic memory is no longer recognized as a memory but is indistinguishable from something happening in the present. Similarly, a person can not maintain "this happened to me years ago, but not today" unless Reflective Function is robust and able to withstand stress. Thus, Reflective Function must be strengthened (or stress on it must be lessened) to keep it from collapsing and throwing the person into this state. Peter Fonagy calls this state "psychic equivalence:" what is in the mind and reality and one and the same in the person's experience. The work of Stephen Porges needs to be understood. It is valuable to separate fight/flight/freeze. Many people are "Mobilization System Dependent:" they have very limited ability to self-regulate except through fight or flight. When fighting doesn't work and escape (one form of mobilization) is not immediately available (elevators, bridges, tunnels, being controlled or assaulted, etc.) the person may fall into "freeze," an even more primitive defensive system Porges calls the "Immobilization System." We know some animals "play dead." In humans, this is not play; it is not a decision; it is simply what may happen when mobilization fails to provide safety and emotional regulation. Porges points out that humans (and other mammals), when trapped, may slide into this state without any choice whatsoever. The Immobilization System, when active, does not supply enough blood to the brain. Insufficient blood flow may be what causes dissociation, and fragmented memory of a traumatic event. An unfragmented memory fades; a fragmented memory doesn't. Thus, if a fragment is elicited by some association, the fragment may replay in awareness, cause stress hormone release which in turn causes Reflective Function to collapse, which allows the memory fragment to be experienced as taking place in the present.

My experience fits exactly with your research path, and I lacked benefit of it until finally arriving with competent women-oriented trauma therapists at the same time The Body Keeps The Score was published. From adverse childhood experiences, chronic failures, being blamed, requests for professional help dismissed, lifelong substance abuse, total family estrangement and finally misdiagnosed with BPD, trapped in abusive relationship ending up in criminal justice system in spite of managing to distinguish myself professionally and earn several degrees. BPD was a nightmare, DBT was a bad experience over and over. Rejecting DBT was best thing I ever did and I was thoroughly berated for it. In the meantime my immune system gave out and life taken over by severe allergies and other autoimmune problems. Finally on right path, established safety, navigated health care to get better doctors and medical attention, got an EMDR therapist, kicked substance abuse. Psychiatrists still insisting I have BPD which is completely ridiculous, but it is all over my permanent records and I am continually subjected to demeaning stigma because of it. Have learned to not pay attention and keep going. Finally, after kicking drug habit, I began meditation practice just one month ago. At 51, I have a new life, the one I was always meant to have. There is no turning back. Following your POV and TBKTS no small part. There is much yet to be done for traumatized people like me, but for those strong enough to persevere, there can be a happy ending. Thank you Dr Van Der Kolk.

Thank you Dr. van der Kolk for providing another extremely intelligent, thoughtful and helpful reflection about a very important, yet often misunderstood and mistreated human reaction!