The Biomedical Model is Failing Us

Andrew Weil on Why We Need Integrative Mental Health 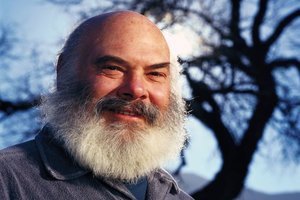 Epidemic depression is occurring at a time when the field of mental health appears very robust. There are more mental health professionals treating more people than ever before in history: psychiatrists, clinical psychologists, licensed social workers, counselors, and therapists of all kinds. We have a powerful “therapeutic arsenal” of drugs to make us happier, calmer, and saner. When I leaf through the pharmaceutical ads that take up so much space in psychiatric journals, I get the feeling that we should all be in great emotional health. Depression and anxiety should be as fully conquered as smallpox and polio. But more of us than ever are discontented and not experiencing optimum emotional well-being. What is wrong with this picture? Why is the vast enterprise of professional mental health unable to help us feel better?

I want you to consider the possibility that the basic assumptions of mainstream psychiatric medicine are obsolete and no longer serve us well. Those assumptions constitute the biomedical model of mental health and dominate the whole field.

In 1977, the journal Science published a provocative article titled “The Need for a New Medical Model: A Challenge for Biomedicine.” I consider it a landmark in medical philosophy and the intellectual foundation of today’s integrative medicine. The author, George L. Engel, M.D., was a professor of psychiatry at the University of Rochester (New York) School of Medicine. Determined to overcome the limiting influence of Cartesian dualism, which assigns mind and body to separate realms, Engel envisioned medical students of the future learning that health and illness result from an interaction of biological, psychological, social, and behavioral factors, not from biological factors alone. He fathered the field of psychosomatic medicine and devoted much of his career to broadening our understanding of disease. He was particularly interested in mental health.

George Engel died in 1999 with his vision largely unrealized. In fact, the field of psychosomatic medicine ran out of steam sometime before his death and was never able to challenge the ascendancy of biological medicine.

Disease is a very upsetting phenomenon, and humans throughout history have come up with a variety of belief systems to explain it, from the wrath of the gods to possession by spirits to disharmony with the forces of nature. The dominant model of disease in our time is biomedical, built on a foundation of molecular biology. As Engel explains, “It assumes disease to be fully accounted for by deviations from the norm of measurable biological (somatic) variables. It leaves no room within its framework for the social, psychological, and behavioral dimensions of illness. The biomedical model not only requires that disease be dealt with as an entity independent of social behavior, it also demands that behavioral aberrations be explained on the basis of disordered somatic (biochemical or neurophysiological) processes. Thus the biomedical model embraces both reductionism, the philosophic view that complex phenomena are ultimately derived from a single primary principle, and mind-body dualism.”

Engel goes on to say, “The biomedical model has . . . become a cultural imperative, its limitations easily overlooked. In brief, it has now acquired the status of a dogma. . . . Biological dogma requires that all disease, including ‘mental’ disease, be conceptualized in terms of derangement of underlying physical mechanisms.” He proposed an alternative: a biopsychosocial model of health and illness.

There is no question that over the past century, biomedicine has advanced our knowledge of human biology, but the real test of a scientific model—the measure of its superiority to an alternative belief system—is whether or not it increases our ability to describe, predict, and control natural phenomena. In my books about health and healing, I have written a great deal about how strict application of the biomedical model has actually made it harder for us to understand and manage common diseases. For instance, I have pointed out that it fails to account for the fact that many people infected with H. pylori never develop peptic ulcers or have any symptoms at all. They coexist with it in a balanced way. To say that H. pylori infection is strongly correlated with peptic ulcer disease is accurate. To say that it is the sole cause of ulcers ignores the complexity of causation and the possible influence of emotions.

In 1980, the American Psychiatric Association radically revised the Diagnostic and Statistical Manual–III (DSM-III) to be in accord with the biomedical model. As a consequence, the role of psychiatrists went from being facilitators of insight in patients to being dispensers of drugs to modify brain chemistry. Although some psychiatrists still rely on talk therapy, of all medical specialties, the profession as a whole is the most dominated and, to my mind, hobbled by blind faith in biomedicine. Psychiatrists were easily seduced because of a collective inferiority complex with regard to their place in the medical hierarchy. Still referred to as witch doctors and shrinks (from headshrinkers), they themselves have a history of questioning whether they are real doctors and whether they need the same basic medical training as cardiologists and surgeons. With the spectacular rise of biomedicine, their discomfort increased, and, not wanting to be left behind, they looked for ways to be even more biologically correct than their colleagues in other specialties. They saw their ticket to acceptance in the new and rapidly developing field of psychopharmacology—the study of the effect of drugs on mental and emotional disorders.

It’s a good bet that thirty years ago, not one American in a thousand had heard of serotonin, or any neurotransmitters, for that matter. Today, when you Google serotonin, about 11 million results appear, and Amazon sells nearly three thousand books with the word in the title. “Serotonin” is the name of a professional wrestling team and an album by the British rockers The Mystery Jets. You can even proclaim your autumn blues to friends by way of a greeting card that reads, “The leaves and my serotonin levels are falling.” A once-obscure neurochemical has become pop-culture currency, and increasing levels of this feel-good compound has turned into a public obsession.

None of this just happened on its own. In order to sell antidepressant medications, drug manufacturers launched a relentless worldwide marketing and public-relations campaign promoting serotonin as the distilled biochemical essence of happiness. The message was that selective serotonin reuptake inhibitors—SSRIs—increase synaptic levels of serotonin in the brain by slowing its rate of reabsorption by presynaptic neurons, ending depression. Psychiatrists and other physicians got the technical version of this message, while consumers got a simplified one, often reduced to the rallying cry “Boost serotonin!”

The only problem is that it probably isn’t true.

Like the dopamine hypothesis of schizophrenia and other attempts to attribute complex mental phenomena to simplistic biochemical causes, the serotonin hypothesis of depression is shaky at best. Several studies have established that lowering serotonin levels does not negatively impact mood. In fact, a new pharmaceutical known as tianeptine—sold in France and other European countries under the trade name Coaxil—has been shown to be as effective as Prozac. Tianeptine works by lowering synaptic serotonin. As psychology professor Irving Kirsch of the University of Hull in England told Newsweek, “If depression can be equally affected by drugs that increase serotonin and by drugs that decrease it, it’s hard to imagine how the benefits can be due to their chemical activity.”

It is, indeed, especially as evidence accumulates that, in most cases, SSRIs work no better than placebos to boost mood. The first such analysis, published in 1998, looked at thirty-eight manufacturer-sponsored studies that included more than three thousand depressed patients. It found negligible differences in improvement between those on the drugs and those on dummy pills. At least 75 percent of the benefit from this class of antidepressants seemed to be a placebo effect. This finding has since been confirmed by other research.

I have written about possible causes of epidemic depression in our society, among them such lifestyle factors as diets high in processed foods, lack of physical activity, social isolation resulting from affluence, and altered brain activity from information overload. In its narrow focus on molecular biology, the biomedical model fails to capture any of this, and practitioners under its spell cannot give depressed patients the advice they need to address the complex causes of their problems. All they can do is dispense drugs that for the majority of patients might as well be sugar pills.

In an effort to give mental health professionals more and better options, I convened the first national conference on integrative mental health in March 2010. Together with Victoria Maizes, M.D., executive director of the Arizona Center for Integrative Medicine, I invited psychiatrists, psychologists, social workers, and other health professionals to attend a three-day event in Phoenix to “learn how to treat their patients within a new paradigm of integrative mental health care that utilizes scientifically proven alternative methods in combination with drugs and traditional therapy to address patients’ physical, psychological, and spiritual needs.”

On the closing day of the conference, I spoke about the failure of the biomedical model and the great advantages of the new integrative model of mental health. I quoted Albert Einstein on the subject of conceptual models:

“Creating a new theory is not like destroying an old barn and erecting a skyscraper in its place. It is rather like climbing a mountain, gaining new and wider views, discovering unexpected connections between our starting point and its rich environment. But the point from which we started still exists and can be seen, although it appears smaller and forms a tiny part of our broad view gained by the mastery of the obstacles on our adventurous way up.”

The new integrative model of mental health does not ignore brain biochemistry. It takes into account correlations between imbalances in neurotransmitters and mood disorders. Nor does it reject psychopharmacology. Integrative treatment plans for depression, particularly for severe depression, may well include medication, but my colleagues and I prefer to try other methods first and to use antidepressant drugs for short-term management of crises rather than rely on them as long-term solutions.

In retrospect, seeing human beings as nothing more than the sum of biochemical interactions was probably a necessary stage of medical evolution. Medical systems of the past lacked the technology to study the biological underpinnings of human health with rigor and precision. Now we have that technology, and we’ve used it well to gain invaluable insights about our physical bodies. But it is impossible to restore or promote human health unless we begin with a complete definition of a human being. An incomplete definition will always result in incomplete diagnoses and less-than-optimal treatments.

This blog is excerpted from "Psychotherapy at the Crossroads" by Andrew Weil. The full version is available in the January/February 2012 issue, Are Parents Obsolete?: Confronting the Dilemmas of 21st-Century Childrearing.

This is not groundbreaking news. I shudder to think of practitioners who only suggest psychotropic drugs rather than a combo of therapy, healthy lifestyle, tools for self care and connection, along with a trial of medications in cases of severe disturbance in quality of life. This is the type of practice that I have learned and developed.