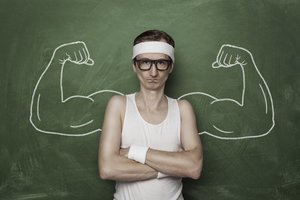 Growing up in the '50s and '60s, I came of age in a world in which men ran the show, had the higher-paying jobs, and women were seen as second-class citizens. Like many women in my generation, I joined women's groups that questioned basic gender norms and envisioned a society that wasn't dominated by sexism and male privilege. At the same time, I was aware of how men were themselves being shortchanged by restrictive sex-role norms. I was struck by the higher rates of suicide and substance abuse among men, the prevalence of violence, and their shorter life expectancies. Among the men who were my friends and whom I dated, I saw how their need to appear tough, independent, and emotionally in control got in the way of their intimate relationships. When I brought up the subject of men's struggle to uphold macho standards of masculinity in my various women's groups, I was told I wasn't a "true feminist" because I was paying attention to men's needs.

As a graduate student, I became increasingly interested in how little the inner experience of gender is put into words on both sides of the gender divide. My growing curiosity about what it's really like to be a man and how much rigid male norms get in the way of healthy relationships led to my writing my doctoral dissertation on men's needs and fears in romantic relationships. In my research, I found that the women I surveyed thought men were actively choosing not to express their emotions, whereas the men said they didn't know what they felt, didn't have the vocabulary to describe their feelings, or were afraid to show their feelings for fear of feeling or looking like "wimps."

When I started my clinical training, I wondered about the impact of men's discomfort with emotional expression (and women's ignorance of this discomfort) on how male clients experienced therapy with female therapists. Unfortunately, there were no psychology-of-men classes in my doctoral program and no training on men's issues in therapy in my internship, so I found myself pretty much on my own in learning how to work with men.

My early experience with male clients soon taught me that working with men was going to present challenges different from those of working with women. Given most men's discomfort with the format of "talk therapy," I had to be prepared to create an atmosphere of comfort and safety that put them at ease early in treatment. Unlike with my female clients, there was no mutuality of experience to draw upon to smooth the process of forging the therapeutic bond. With my male clients, I became keenly aware that often I was seen by them as a woman first and a therapist second.

Emotional expression and intimate connection are part and parcel of what it means to be female. As a woman, I didn't feel unfeminine when I cried or leaned on others for help. But for male clients, trained to maintain a stiff upper lip and appear self-sufficient, the traditional model of therapy runs counter to much of what they've been taught about being a man. Through trial and error (along with some excellent advice from clinicians skilled in working with men), I slowly learned concrete ways to make therapy a less foreign and threatening experience for men. More important, I learned to see therapy through a man's eyes rather than through a woman's.

My women clients were more likely to ask for help because they wanted it (not because someone else suggested they needed it) and were more comfortable openly requesting assistance. Men more often came into therapy under pressure from someone else, frequently an unhappy spouse. If they came on their own because they wanted assistance with some circumscribed issue, they didn't seem to like feeling they were on the receiving end of a "helping relationship." I learned to listen closely to the language they brought into the first session and, using that language, to start working with them right away to create an action plan that emphasized collaboration and coaching. The focus was on what they concretely wanted out of therapy, what their goals were, and how the two of us could work together best to achieve those goals. To make sure that the early focus of treatment was positive, I learned to appreciate the value of asking the miracle question in the first session: "If you woke up tomorrow and everything was just the way you wanted it to be, what would be different? How would you be different?"

From many years of attention to men's language, attitudes, and needs, I've developed a specific approach to working with male clients. With a man, I introduce therapy as an educational experience, offering verbal and written descriptions of "what to expect in therapy." I often rely on a sense of humor, down-to-earth language, and judicious self-disclosure to level the playing field between myself and my male clients. For example, I had a depressed male client a few years back who thought medication was "only for weak people." After trying every way I could think of to help him move out of this stance, I ended up sharing with him some of my own experiences with suffering, after which he looked relieved and said, "I don't feel so alone anymore. Maybe I'm not such a loser." He went on to take medication and improved dramatically.

A basic problem for women who treat men is that, no matter how empathic we may be, we haven't had the same socialization they've had. Occasionally male clients will confront me directly about my "ignorance" of what it means to be male—"You can't possibly understand what it's like to be a man. How can you possibly help me?" Over the years, I've learned not to be defensive when a man confronts me in this way. Instead, I'll say something like, "You're absolutely right. I haven't had your experience, but I'm interested in what you've gone through. Tell me more." Often I'm able to turn this into an advantage by putting myself in the student role and making my male client the tour guide to what David Wexler has called "Guy World."

In one session with Tom, a man who'd just gotten laid off from his job of 15 years, after I said something I thought was supportive ("Wow! That must be tough"), he turned to me with annoyance and said, "How would you know? You don't have to provide for your wife and children." I agreed and I asked him to tell me more about what it meant for him to feel like he had to be the main breadwinner. He told me it was a great burden, and that he didn't think his wife really understood how hard it was for him. We talked about the usefulness of having her join us for a session, and then I went on to explore what his dad had taught him about the responsibilities of being the breadwinner and the shoes he felt he needed to fill. Through asking questions, I let him know I truly wanted to learn about how he experienced the demands of being a man.

One of the most difficult types of client for me is the emotionally restricted man, who can talk about himself only in a detached fashion. I don't generally get bored in my therapy sessions, but when I do, I've learned that it's often a sign that the client is disconnected from his own emotions. A man's slower pace of disclosure can make me feel left out and irrelevant—feelings no therapist relishes. Accordingly, I've learned to slow down and take it easy—not to act as an emotional can-opener, but to let the client set the pace. Failing to do so can lead to losing a client.

Gerry was a client who came to me with anxiety that was crippling him at work and in his personal relationships. It turned out he'd grown up with a detached father and an emotionally abusive mother, who criticized everything he did. As he began to explore his repressed emotions, I encouraged him to express his fear, anger, and hurt with me. The more he expressed, the better I thought therapy was progressing, until one day, he said he didn't want to continue anymore. I realized too late that what I should have done with him was to let him go at his own pace, neither encouraging nor discouraging his affect, and checking in with him regularly to assess his emotional comfort level.

Sometimes, however, my boredom can offer insight into the detachment of a male client and open a new avenue of inquiry. For instance, one day I said to Ed, "You're losing me. I'm feeling a little detached and wonder if you are, too. What's going on right now?" It was a turning point in our work together. For the first time in his life, he realized that someone wanted to know more about him, rather than avoiding him or tuning out.

While I've emphasized the challenges women experience in treating men, many men request female therapists. When asked why, they've said they feel safer with women because they expect them to be supportive and see them as the better "relationship managers," more experienced in giving feedback and advice about handling subtle relationship tangles. Many men are afraid of being vulnerable and open in front of a man, especially the imagined alpha-male figure of the therapist to whom they're turning for help.

For female clinicians, one of the side benefits of working with men is that it can help us understand the other men in our own lives. Both genders win when we learn more about men. My compassion for men in my personal life has grown as I've learned more about what the world is like for my male clients—how hard it can be having to live up to the sometimes punishing male standards of competence, strength, stoicism, independence, and sexual prowess. If we can move beyond the tendency to see gender issues as a zero-sum game (i.e., the more attention you give to men, the less attention women get), the more we all will win. That's my kind of game.

Holly Sweet, PhD, is a psychologist in private practice in the Boston area and cofounder of the Cambridge Center for Gender Relations. She's taught classes on sex roles and relationships at MIT, where she cofounded GenderWorks, a peer-training program in gender relations.

This blog is excerpted from "Women Treating Men" by Holly Sweet. The full version is available in the May/June 2010 issue, The Secret World of Men: What Therapists Need to Know.

Outstanding work!! Working with men and their families for many years, I know the challenges of getting it wrong and getting it right. It's so correct that with our focus on women's issues for so long, relating to the world of men has been neglected -- at everyone's expense. Thank you. Thank you.

Holly, thanks for this great article! I'm running my first men's group this fall, and I've found I really enjoy working with men. I formed the group because I had so many male clients yearning to make connections with other men on a deeper emotional level. They are having such a great time in the group. It's helpful to get the information you've provided here. Just like women though, men differ so much from each other, and in my experience, don't all have the same needs in the therapy room. Exploring what it's like through their eyes and having them elaborate on what certain things mean to them is really helpful.