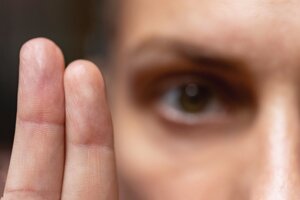 Showing Up for Our Clients


Several years ago, Maryanne, a new client, came to see me after she’d moved from a small town in the Midwest to Washington, DC, where I work as an EMDR therapist. For eight years before the move, she’d been the sole caretaker of her mother, who’d had Alzheimer’s disease. By the time her mother had died, Maryanne, a nurse, was so burned out that she’d decided to start over by taking a policy job in a new city.

When I met her, she said was feeling lonely, but noted that this wasn’t a new feeling for her: she’d been carrying around a deep sense of aloneness for most her life. She’d heard that EMDR worked faster than traditional therapy and was hoping it would help allay this feeling of isolation, so she could move through her current depression and start making friends.

At the time, I’d been practicing EMDR for about 10 years and teaching for Francine Shapiro, the developer of EMDR. I knew the model, protocol, and procedural steps inside and out. I was confident that I could help Maryanne, but I recognized that her depression wasn’t only about what had happened in her life—it was also about what hadn’t happened. During her childhood, she hadn’t received the love and attention she’d needed to feel secure and connected in the world, and healing her attachment wounds was going to take longer than the few weeks or months it usually takes to treat a PTSD episode.

When EMDR was first developed, it gained notoriety as a brief, evidence-based treatment for…