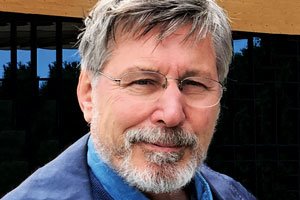 
Over the past three or four decades, Bessel van der Kolk has been as influential as anyone in shaping the landscape of the trauma treatment world. As an author, researcher, and outspoken voice on the conference circuit, he’s devoted himself to seeking out the newest developments and focusing attention on the innovative approaches that he believes advance clinical practice, no matter how unconventional they may seem. He’s most widely known as the author of The Body Keeps the Score, a New York Times bestseller that tells the story of how our understanding of the role of trauma in mental illness has changed profoundly over the past 20 years. Here, he assesses the importance and possible impact of the growing psychedelic-therapy movement.

Psychotherapy Networker: Let’s start with the obvious. With all the clinical approaches we already have, why do we need something like psychedelic therapy?

Bessel van der Kolk: Lots of traumatized people continue to be overwhelmed by the memory of their traumas. Now that trauma has become a widely recognized issue in psychology and psychiatry, there’s a tendency to trivialize it as simply a “bad experience,” as in “tell me your trauma story.” However, the nature of trauma is that it overwhelms; it’s unbearable in its horror. Nobody in his right mind would want to voluntarily relive it in all of its horror and pain. One additional issue is that victims often can’t stand the role that they feel they played in their own victimization, and loathe themselves for the things that they did or didn’t do during the traumatic experience.

Contemporary neuroscience studies have shown that mindfulness and self-reflection are only helpful if they’re accompanied by self-compassion. And self-compassion tends to be in short supply among people who were traumatized by their caretakers, or soldiers who’ve committed atrocities, or feel that they let their comrades down. In addition, so many traumatized people I meet have led loving and productive lives, but they keep being stuck in their early life experience of feeling unwanted. So many continue to live in a constricted world of fear and self-blame. Psychedelics can offer them a vision of an entirely different realty, an image of a much larger universe of possibilities and perspectives. A drug like MDMA seems to dramatically increase the capacity for self-compassion, and thereby, it may offer access to a very different inner experience.

PN: Can you talk about your own experience with MDMA?

Van der Kolk: My preamble to answering your question would be to note that before this latest experience, I hadn’t dabbled in these substances since I was in college. But I still attribute a lot of my own creativity to the drugs that I took back then—they opened my mind to the vastness of the universe we inhabit and the well-nigh infinite ways we can perceive reality. My first fascination in psychiatry was understanding people with schizophrenia, who often inhabit a totally different reality from the rest of us. My careful early forays into psychedelics back then opened me up to the mindset that mine was just one of a multitude of possible mindsets.

To get back to your original question: there was nothing fun about it. Although I felt very safe with my guides during my MDMA experience this year, I was inundated by the thousands of traumatic experiences that my patients have unloaded in my office over the years. I kept asking my guides, “Are you sure people use this as a party drug?” Somehow, the MDMA allowed me to feel all the pain that people have shared with me over the years, without having to protect myself or being defensive.

I just noticed and felt it all, secure that, sooner or later, I would return to a safe and predictable world. More than ever, I was in awe of the courage of the traumatized people I’ve treated to face what has happened to them. Interestingly, while I felt very disturbing things on MDMA, they never became unbearable. And I could experience the past as belonging to the past, not as being anchored in the present.

Van der Kolk: MDMA offers the possibility for people to have a deep inner experience in which they can tolerate things that were intolerable before, and experience perspectives that were previously inaccessible. For deep inner healing to occur, we need to help people get into a state where they can observe what happened to them with a sense of calm and self-compassion, and then put it into the past, where it belongs.

At the same time, we must keep in mind that it’s unlikely that MDMA will prove to be the magic pill. It’s not the only way to get to that deep state of self-observation and self-awareness. I think good hypnosis can take people to that place, as can neurofeedback. Just as with everything else in trauma treatment, there are multiple avenues to get there. But the special interest in MDMA seems largely based on the untested hypothesis that it can get you there faster than with other methods, although no one has actually done a study to compare, let’s say, MDMA with hypnosis, holotropic breath work, or vipassana meditation to see if that is, in fact, true.

Living in world of a rapid gratification where people often seek a better life through chemistry, I’m actually quite worried about the idea that this particular pill can get you there faster than anything else. It seems both promising and fraught with danger.

PN: What do you think of the idea that using psychedelics in therapy constitutes a kind of revolution in our field?

Van der Kolk: I’m a child of the ’60s and so, for me, this is a bit more like a second revolution. I was the research assistant to a Dutch psychiatrist while he was treating Holocaust survivors with LSD, and I once had an office at Harvard that was rumored to have been occupied by Timothy Leary. In that first revolution, people studied LSD, psilocybin, and ayahuasca with drug-addicted and depressed clients and saw very good results. But then that effort was completely destroyed during the Nixon administration. I sure hope the revolution succeeds this time.

One of the reasons that I wanted to lead the Boston arm of the current phase-3 MDMA study is that I’m so concerned about getting it right this time. It’s very important that people not go wild and create excessive expectations. But does the current work with psychedelics and MDMA have great promise? Absolutely. I’m still worried that people will be careless and take it without well-trained guides. You need to be accompanied by a very good therapist to use these drugs, once they’re legal, for optimal therapeutic advantage.

Van der Kolk: Using a drug like MDMA requires whole-day sessions in a safe context, in which therapists have to take their time and aren’t busy with anything else. No checking your email! The therapist must be completely absorbed in the client’s experience. With drugs like MDMA, the issue is not about figuring out how to “fix” a person, but how to guide the person to develop his or her own truth. It’s quite different from many current psychotherapies that are focused on how to make people give up certain bothersome behaviors. It’s based on a very different premise, namely, helping them to discover their internal truth and expand their sense of self.

Rich Simon, PhD, is the founder of the Networker.