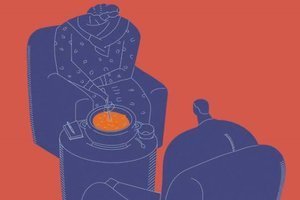 Therapists sure have a knack for creating complications. In the search for simple explanations for their clients’ suffering, they tend to find an attachment injury behind every relationship issue, a traumatic event to account for any symptom, and brain research to support every clinical maneuver. New problem categories continue to be devised. For instance, the list of possible types of trauma has now expanded to include insidious trauma, intergenerational trauma, vicarious trauma, microtrauma, and betrayal trauma. Recently, just-world trauma has been added to the list. This is when an event shatters a client’s belief in a benevolent world in which good deeds are rewarded and wrong-doings punished. But isn’t this what we used to call growing up?

The field is as fractionated as ever. And as new and reworked methods continue to attract adherents, the disquieting question remains: are these emerging methods any more potent than the existing strategies? Is all of this specialization and complexity really necessary? Is there any evidence that one theory or therapeutic strategy is really better than the rest? Perhaps client problems are simpler than we (or they) have suspected. Perhaps this chaotic array of specialized techniques can be reduced to a more manageable and straightforward set of principles and methods.

Marsha Linehan, the originator of dialectical behavior therapy (DBT), was once asked if she had any advice for novice therapists. She suggested that they be themselves and stop trying to act like therapists, reminding them that this entire venture is nothing more than “one human being trying to help another human being.” We think she just might be onto something.

Our own clinical work is firmly rooted in the simple proposition that all therapy sessions—even those that incorporate massage, imagery exercises, behavior rehearsal, or homework—are conversations between two or more people. A few years ago, at a Networker Symposium, psychiatric gadfly Thomas Szasz was asked how many patients he’d treated over the course of his long career. “None,” he replied, explaining that he had no “treatments” to offer. “However,” he added, “I have certainly enjoyed conversing with many troubled individuals.” Unfortunately, the notion that therapy is merely a conversation about life makes many therapists more than a bit uneasy. The medical model and insurance company forms seem to require that we arm ourselves with technical terms and adopt arcane procedures. And these days, if what we do can be linked to findings from the neurobiology lab, so much the better. We’re loath to admit that therapy might be as simple as people sharing and exchanging experience through the use of words and symbols.

Of course, good therapy is more than just ordinary chitchat. To be effective, it has to go beyond an endless recital of complaints, a dull report of the week’s events, a narcissistic advertisement for self, an exchange of pleasantries, or the dispensing of stock homilies. In Hillman’s words, the therapeutic conversation should “open your eyes to something [and] quicken your ears.” To achieve this, Hillman argues that therapists must be allowed to “speak with irony, even ridicule and cutting sarcasm.” Hillman calls this kind of conversation psychoshock—little jolts that “make a situation suddenly seem altogether new”—the kind of dialogue that reverberates in your head, possibly for days to come.

We want to emphasize that in describing how we operate, we’re neither proposing a new form of therapy nor offering any novel therapeutic gimmicks. We believe the field already has plenty of these, and we’ve tried virtually all of them. Instead, we want to describe a modest method for doing therapy without unnecessary complications while still giving clients what they seem to want and need.

Our first suggestion is to approach doing therapy from as simple, clean, and far-reaching a worldview as possible. We call this beginning with nothing, meaning that we clear our heads of assumptions and take as little as possible for granted. Perhaps British psychiatrist Wilfred Bion was getting at something similar when he advised entering the consulting room “without memory or desire.”

When the therapeutic canvas is cluttered, therapists are likely to become embroiled in the client’s story and distracted by their own concerns about how to intervene, often failing to see the broader prospective that might enhance therapy’s impact. In the words of family therapist Doug Flemons, their impatience to answer the wrong question means that they never quite get to the more powerful and productive questions that lie ahead. Small-scale fixing blinds them to the possibilities of large-scale creating. The truth is, exactly as Einstein warned, “you can rarely solve a problem on the level on which it was created.”

Perhaps the best way to avoid being ensnared in assumptive cobwebs is to remind ourselves that, as they say in the East, “it doesn’t matter, and it doesn’t matter that it doesn’t matter.” This aphorism has two parts, both of which are equally important—not only does life (and what we make of it) not matter, but it’s also perfectly fine that it doesn’t matter. The problem is that when you tell people that nothing matters, they tend to defiantly cross their arms and threaten to stop doing whatever they’re doing at the time. After all, if it doesn’t matter, why shouldn’t they just take a backseat and watch the world go by? Of course, those who adopt that stance reveal that they’ve only grasped the first part of the equation. In other words, they think that it matters that it doesn’t matter.

Years ago, I (Jay) saw a depressed client named Evan, who was suffering from what most of us would consider a mid-life crisis. He’d concluded that his current job as a financial advisor was completely meaningless. I quickly pointed out that he’d accidently “stumbled” onto half of one of life’s major truths. Yes, he’d realized that his current circumstances were meaningless, but he’d failed to notice that so were everyone else’s.

Of course, Evan believed—as many of us do—that meaning and satisfaction reside in our jobs. I suggested that it’s more useful to consider that meaningfulness has more to do with how you do your job. In other words, you’re the source of satisfaction, rather than the job. From this perspective, you’re powerful enough to bring satisfaction to any job you choose. In the same way, the Japanese tea ceremony isn’t fundamentally about tea: it’s about the beauty and elegance that individuals choose to bring to the ceremony. Similarly, in Japanese Morita therapy, depressed and anxious clients are tutored in how to do even the smallest tasks with loving attention.

One of Evan’s original concerns was that others had somehow selected “better” occupations than he had. Thus, at the start of our work, he was seriously considering changing careers. I told him that he was absolutely free to do that, but I predicted that if he did, he’d be right back in a few years, complaining that his new vocation had failed him. Our conversation helped him put aside the fear that he was missing out on something that others were enjoying and he ultimately decided to stay put, creating new goals for himself and finding great satisfaction in tutoring the younger employees in his firm. Coincidentally, I ran into him just a few months ago—20 years after we did our work together. He was still working in the same profession, and he thanked me for dissuading him from precipitously shifting careers.

My work with Evan fulfills at least three of Jerome Frank’s four conditions for successful therapy. We had a strong relationship and a clear therapy contract, and I proposed a different rhetoric for his troubles, with different implications for future action. Of course, the “ritual,” if there was one, was mostly in the form of a Socratic dialogue, rather than something fancier. And the work didn’t require thought records, homework, or an elaborate exploration of his past.

As in this case, the notion that life has no intrinsic or objective meaning (which some initially find disturbing) contains good news: the cosmic meaninglessness of it all provides exactly the right kind of empty canvas onto which we’re free to create and declare our own sets of meaning. It helps us see that we have the capacity to generate new meanings if and when the old ones have outgrown their usefulness.

Not only do clients come in with a host of beliefs, images from the past, fixed attitudes, and false causal assumptions, therapists often add their own explanatory fictions to the mix, introducing hazardous abstractions such as ego-strength, frustration tolerance, insecure attachment, automatic thoughts, negative schemas, unprocessed memories, and so on. Even common clinical terms such as anxiety and depression can be more of a hindrance than a help. Whenever possible, we suggest that therapists pin down the meaning of ambiguous terms and translate professional jargon into ordinary language. For example, let’s imagine that a bear is chasing you. You run to the door but find that it’s locked. Therefore, you experience what psychoanalyst Roy Schafer called blocked action. When action is blocked, the resulting state of arousal is often labeled anxiety or fear. If you have your cell phone with you, you might quickly text your therapist to report that you’re in urgent need of anxiety relief. However, what you really need is information about bears. If you can handle the bear, your anxiety will take care of itself. If you can’t handle the bear, anxiety will be the least of your worries.

Terms like anxiety, self-esteem, and ego-strength are explanatory fictions of limited utility. We recommend that therapists get in the habit of focusing on specific beliefs and circumstances, not linguistic abstractions. More often than some therapists like to think, translating a problem into ordinary English goes a long way in permitting a solution to become apparent.

Over psychotherapy’s history, the search for new therapy techniques and fancier gimmicks has led the field lurching down one blind alley after another. In our view, the odds are that the field’s current preoccupation with attachment patterns, trauma histories, mindfulness exercises, and neurobiology will have as little additional benefit as yesterday’s tractors and magnets. From our perspective, therapy is undeniably a form of conversation, not a medical treatment. Moreover, as an interpersonal encounter, it can never be fully scripted or manualized. Its value, as Jerome Frank suggests, hinges on a few basic principles that have been known for a long time. There has to be a solid relationship with a helper, some sort of healing procedure, and a rhetoric that sounds sensible and generates hope for the future.

In our own work, we’ve formalized a basic set of principles to keep us grounded. As we’ve noted, these include adopting the broad philosophical stance that nothing ultimately matters and life is never personal. This recipe includes chucking our own preconceptions for long enough to hear which “club” allegiances and conflicts blind the client to viable possibilities. We then seek ways to submit such options for the client’s consideration. At the same time, we want our clients to grasp that they’re the storytellers, not just the particular story they’ve been telling: they’re the movie theater, not just the particular film that happens to be playing at the moment.

This blog is excerpted from "Spitting in the Client's Soup" by Jay Efran and Rob Fauber. The full version is available in the March/April 2015 issue, Taking the Pulse of Psychotherapy: We're Older. Are We Better?

Thank you! Just what I needed to here! As a therapist I was always disheartened to hear my colleagues "pathologize" clients in the break room after sessions. I wondered how they explained the clinical jargon they were throwing around to the client, in a way the client could really understand. Yes, I suppose the clinical jargon is useful in communicating with the insurance company to justify an increase in sessions, but not so much with the client.