Why Changing Clients' Habits is Key to Making Therapy Stick 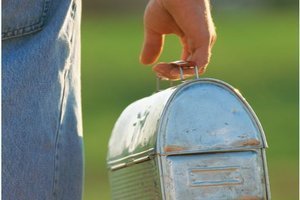 Charles Dickens’s A Christmas Carol is one of my all-time favorite stories, as it’s been for millions of others since it was written in 1843. Who doesn’t start sniffling when reading this classic tearjerker about Ebenezer Scrooge, a cold, bitter old man dragged---by the ghosts of his past, present, and potential future---on a terrifying midnight journey of self-discovery, from which he emerges transformed and redeemed? Miraculous conversion stories appeal to the wishful thinker in all of us.

But with the exception of saints and literary characters, enduring change rarely happens as the result of being knocked off our feet by a spiritual or psychological whack upside the head. Perdurable change is gradual and mundane. It occurs by extending, supplementing, and altering the habits that shape perspectives and drive behavior. First comes the hard work; then comes the epiphany.

I began clinical practice some 25 years ago, firmly committed to what might be called Christmas Carol therapy. But to my dismay, the clients who’d had the most dramatic experiences in therapy did the poorest a year later. A few were even worse off than before treatment. It had to be the fault of the questionnaires! So I tried different ones, and persisted with my version of Christmas Carol therapy---until I met Mattie.

Mattie showed up for an appointment that was actually intended for her husband, Patrick, who’d completed therapy with me five months earlier. Before coming to therapy, Patrick had been convicted of misdemeanor domestic violence for pushing Mattie into a wall and court-ordered into a batterer’s intervention program, after which he was referred to me by the group leader.

When Patrick called for a follow-up appointment five months after our therapy had terminated, I looked forward to seeing him again, but when I stepped into my waiting room and saw Mattie, one feature of her appearance shocked me: fading but still ugly bruises on her cheeks and around one eye. Patrick had beaten her up and was now sitting in jail. When I invited her in, she described the stress they were under with their new baby and the threat of downsizing at Patrick’s job. “He really has changed,” she added. “Therapy really did him good. He’s a much nicer guy . . . most of the time.” This beaten young woman was trying to reassure me.

Once the jolt of this dramatic treatment failure wore off, I began to focus on the question of what I’d missed in my work with Patrick and other clients that could account for the shockingly short-lived impact of our therapy. What I’d forgotten was that true learning doesn’t come in a sudden breakthrough: it takes most people years of trial, error, practice, reinforcement of some behaviors, and active discouragement of others to become civilized adult human beings.

It soon became apparent that, for starters, my practice of Christmas Carol therapy didn’t account for what researchers call state-dependent and context-dependent learning and recall. Information learned in one mental state and social context is most likely to be recalled when in the same emotional state and social context, but unlikely to be recalled in other states and contexts. What we learn in a warm, accepting environment like therapy can hardly be accessible in aroused states and perceived hostile environments. To put it differently, Mr. Hyde probably won’t recall what Dr. Jekyll learned  in therapy.

Continual repetition of behaviors and thoughts results in highly reinforced neural connections, which are experienced as habits. The brain loves habits because they conserve energy. Every day, the brain takes in all kinds of experiences and, based on those, makes numerous assumptions about the environment, which it uses as processing filters to make tacit judgments and behavior choices, most of which are outside of awareness. If there’s no obvious environmental exception to the string of assumptions underlying a given behavioral impulse, we act without conscious thought, emotion, or perception of the action. For example, you can walk across your living room and sit down without thinking anything about it. You don’t have to look for the chair because your brain assumes where it is. You can’t do that in a strange hotel room, which is why travel is exhausting. In unfamiliar environments, your brain must formulate new strings of assumptions for everyday behaviors.

What I hadn’t realized in my first round of therapy with Patrick was that while his states of failure and powerlessness may have had their origin in the ghosts of his past, they’d been evoked by thousands of less intense internal and environmental triggers over the years, each one strengthening the connection between the powerless states and the adrenalin-hunger for empowerment through anger and aggression. As long as Patrick maintained the habit of seeking the temporary empowerment of adrenalin when he felt shame, sadness, or any vulnerable feeling for any reason, he wouldn’t be a safe husband. The habit would continue to run on autopilot, independent of the original cause. To produce lasting change, his states of failure and powerlessness had to be associated with a prosocial habit of empowerment.

In our second round of therapy, following Patrick’s release from jail, my treatment with him was organized by different principles. Patrick and I practiced associating states of vulnerability---feeling wronged, hurt, devalued, and powerless---with compassion for his wife when she too felt wronged, hurt, devalued, and powerless. The goal was to develop a habit of binocular vision: the ability to see both perspectives of an interaction simultaneously.

When I resumed work with Patrick, I focused not on how he felt, but on how he wanted to feel, how he wanted to think, what he wanted to do. This shift in focus moved him from trying to understand, explain, and justify feelings (which amplified and reinforced them) to changing them into what he wanted them to be; it amplified the desired emotional states, rather than the undesired ones. Patrick wanted to feel closer to Mattie, be more loving, and create a safe and happy household. This desire, reflecting his core values, ran deeper than the ego-defense that made him lash out when he felt disrespected. It’d become the new reference point of our therapeutic work, replacing ghosts of the past.

I’d asked my clients to keep journals to sort through their feelings, but although this sometimes gave them momentary relief, it reinforced their tendency to focus on pain, mistreatment, and diagnosis. In Patrick’s case, reviewing his feelings about his childhood abuse and relating them to present feelings had actually given him a sense of entitlement: because he’d endured so much, his wife owed him special consideration.

After Patrick’s stint in jail, I changed his journaling and feelings logs to go beyond mere validation, placing heavy emphasis on healing, repair, and growth. He couldn’t just describe what he felt: he had to practice binocular vision, the ability to see Mattie’s perspective alongside his. If Patrick wrote, “I felt rejected when she went on talking to her girlfriend on the phone when I came home,” he had to include her perspective: “She’d have felt rejected if I hadn’t understood that the conversation with her girlfriend was important to her.” In addition, he had to write a solution, such as “Next time I’ll blow her a kiss while she’s on the phone and hug her when she hangs up.” The formula is simple: validate the initial feeling, empower the growth in perspective that changes the feeling (without confusing the former with the latter), and practice behaviors that will build prosocial habits.

Now I focus almost exclusively on helping clients develop habits that are incompatible with what they don’t want. In other words, we can’t train clients not to be abusive, but we can train them to be compassionate, take the perspectives of their partners, sympathize with the distress of their loved ones, and invoke their deeper valuing and protective instincts. Once those actions become habits, the people holding them can’t be abusive.

The Power of Practice

Education theorists consider novelty a primary motivator to learn. The joy of learning is apparent in infants and young children, to whom everything is novel, but even with advancing age, humans feel more alive when learning. Fortunately, as adults, we can invent our own novelty, and the most effective way to do that is by continually developing new habits and skills, while sharpening whatever old ones we deem beneficial. These new habits and skills can be applied to ventures in athletics, scholarship, arts, or psychotherapy. Learning sometimes means rejecting the familiar, but more often it requires going beyond it. Learning to make big therapeutic changes that will endure over time means going beyond the Christmas Carol model of practice and focusing instead on our smaller habits. In the long run, exorcising ghosts and experiencing catharsis didn’t change Patrick: it was the daily practice of behavior rooted in his deepest values that turned him into the loving and compassionate husband and father that he became.

This blog is excerpted from "Blue Collar Therapy" by Steven Stosny. The full version is available in the November/December 2013 issue, Our Habits, Our Selves: Can the Circle Be Broken?