A Black Therapist in America

Speaking Out Against Learned Voicelessness 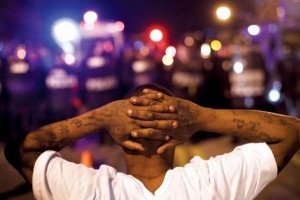 Hello Dr. Hardy. Is there an email address I reach you at? I have been searching for you for a few weeks. Our director from University of Waterloo would like to speak to you about some training no anti-racism and oppression. Thank you. Gursharan Kahlon

Thank you Dr.Hardy for your continued relentless pursuit in having this matter of systemic racism recognize as a mental health disorder. You introduced many of us to this idea in the 1990's with the training you did with staff at the the Youth Study Center here in Philadelphia. It was relevant then and without a doubt it is now! May Allah continue to bless you and your work!

Thank you, Dr. Hardy, for this excellent article. I too had tears in my eyes imagining 5 year olds trying to not look like criminals. I experienced outrage when reading how your supervisor condescended to you, and I'm glad you named names. As a social worker, i was trained to understand the system a person grew and dwelled in, the Person-In-Environment perspective. The suggestion that racial or cultural context was either a distraction or a personal issue is outrageous and narrow-minded. I am glad to read that you're now in good company professionally. I have read your work before and am excited you're a part of our mental health community.

I really appreciate this article and can easily picture the exchange in being directed to put race in the back seat, as if that lived experience were irrelevant or outside the clinical picture. In making room to express and explore the impact of one's race, we invite a more complete clinical picture and therefore an opportunity for deeper understanding and more targeted plans for treatment with our patients. At this time, in being trained as a social worker, I am grateful for the "person in environment" conceptualization as being a key part of my undergrad and graduate curriculum, which is what drew me into social work. In being deliberate in making room to include the impact of one's race and experience of that in our society we are not only opening to a more complete understanding of our patients, but giving voice to this reality. I see our profession as having great opportunity and responsibility at this time to acknowledge the injustice that has been and continues to be a part of the daily lives of so many of our patients. Thank you for this article that speaks to the elephant in our collective field. Our offices are not separate from the the societies we and our patients navigate, and we must be a part of the solution in validating and helping to CHANGE what is driving so much suffering in our culture.

Hello Dr.Hardy. Specifically I am seeking a resource that provides training toward certification in the area of Cultural Diversity / Cultural Attunment. I am the Regional Director of Training for a mental Health agency here in Northern California. I believe The California Institute for Behavioral Health Solutions offered the HEMCDT course and certification at one time. My agency is resource poor where internal agency trainers on this topic are concerned. Considering what I’ve stated on this brief introduction thus far are you aware of any resources I can tap into that would meet our / my needs? Thank you.

Hi Ms. Tanner, Just last night, my daughter sent me the following link for locating black male therapists in Los Angeles, CA. I was trying to find one for a friend who is also looking for an African American male therapist for her 22 year old son. Hope the link helps you to find someone! https://www.mytrucircle.com/directory/?location=Los%20Angeles%2C%20CA

Hi I am looking for black therapists in California preferably a man for my son. Do you know of any I have been searching and I cant see find one. I saw your information on the website and thought maybe you could help us.

I read this first in the print version some years back. Now I am looking forward to Dr. Hardy's 2019 Soul Work conference, the theme of which is Overcoming Voicelessness. And this year's keynote speaker is Angela Davis!

Dear Dr. Hardy, I met you many years ago at an AFTA meetng and have been a fan of your work. In a meeting of my consult group when I attempted to adress a racist practice I too was told, in complete sincerity by our psychiatrist member, that I was DISTRACTING from the clinical issues. I was rendered speechless at his failure to understand how the behavior of the therapist was racist and shaping the therapy. Our discussion continued but went south with no resolution until later some of the group memebers displayed more awareness but I was never acknowledged. At least they learned something. Thanks for your continuing contribution to our field.

This article is exactly the message that so many people don’t understand this day in age. As a white woman, therapist and advocate for making my fellow white coworkers more aware of the issues that my Black friends experience or have experienced , this article explains what I’m always trying to say to them. I hear things such as, “But there’s always opportunities and if they don’t ask questions or try to find answers that’s on them.” My argument is always this- I grew up in an all white country town and still wasn’t given the same information about college in my regular math class as my two best friends who were in pre-cal so if students aren’t made aware of what to ask at least- they (Black/ minority) children don’t know WHAT to ask.

Thank you for sharing your issues, Dr. Hardy. Code switching for black therapists must be discussed. We have to make it safe for us to operate congruently!

Dear Mr. Hardy, I read through your profound piece with tears in my eyes. I am a new therapist, recently graduated from a Canadian University. What you speak of - the awareness of marginalization that multiple groups experience, systemic forces and their impact on people's lives - were a mandatory part of our curriculum. In fact, we were told that therapists helped maintain status quo for too long, and therefore part of our therapeutic duty is to help change unjust systems. In my training, advocacy was seen as a core clinical competency. This is not fringe. This is now becoming mainstream, together with emphasis on evidence-based interventions - at least in Canada. I cannot get a licence if my training does not cover cultural influences (e.g., the impact of race, sexual orientation and gender identity, immigration, Indigenous heritage, ability/disability, etc.). And everyone in my cohort - all the students, and all the faculty - were enthusiastically on board with these developments. Yes, the road ahead is still long and difficult, but these types of changes in how our profession is practiced give me hope.

I have known Dr. Hardy since 2000, when I was a graduate student. He came to speak to all of us and helped us understand the deep wounding African Americans feel in our culture and society. He encouraged us to talk about race with one another. As a white woman, this encouragement was profound and has shaped my own psychotherapy practice today. This article shows that we have NOT progressed in the 21st Century, and ALL of us need to come together in peace and solidarity and finally end current day injustices.