How I Came to Rethink Children’s Challenging Behaviors

Doing Away with the Blame Game 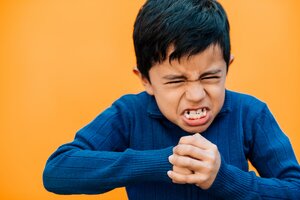 A nine-year-old boy with severe behavioral challenges suddenly throws a full plate of food onto the school cafeteria floor. The consequence? His special-education teacher puts him in a “quiet room,” instructing an aide not to reward the child’s “bad behavior” with attention.

A first-grader gets repeated reprimands for misbehavior and praise for sitting quietly. Still, he continues to bite and kick peers in his after-school program. Perplexed about what to do, his teachers discuss whether they need to expel him.

In my first decade as a child psychologist, I was routinely called to intervene with such children. But I found that the tools and techniques I’d learned in graduate school often left me ill-equipped to be helpful. So I returned to my studies, hoping to find answers to a central question: What’s at the root of children’s aggressive, defiant, and oppositional acts? And how can we better help the children who exhibit these behaviors? What I learned transformed how I understood and approached behavior.

Previously, I’d been taught that children and teens primarily “use” behavior either to get something or to get out of something. In other words, children’s behaviors are always driven by incentives. But after several years of studying neurodevelopment, I came to realize that this notion was wrong. Studying the work of neuroscientist Stephen Porges, I learned about the brain-body highway known as the autonomic nervous system (ANS). When we understand the ANS, we understand that the behaviors we observe are only the tip of the iceberg; their myriad causes are hidden from view.

Porges’s Polyvagal Theory shows that the drive to avoid threat and secure safety is what guides human behavior. As such, what we often label as “bad” behaviors are actually fight-or-flight behaviors, adaptations of the ANS, developed to protect human beings from perceived harm. Porges has a term for the process of subconsciously detecting safety and threat: neuroception.

When I integrated this concept into my understanding of children’s behavioral challenges, everything about the way I worked changed. Instead of focusing on contingency charts and talk therapy, I made compassion and relational safety my guiding principles. I shifted from viewing behaviors as incentivized or motivated to understanding that they’re driven by the adaptive ANS and the drive for self-protection. Instead of seeing pathology or a DSM label, I observed human adaptation and a phylogenetic drive to feel safe. And I changed my advice to parents and educators. Instead of encouraging them to use rewards and consequences, I urged them to employ techniques designed and personalized for each child’s neuroception of safety.

The result? The children’s behavioral challenges declined significantly. And parents and teachers felt less stressed, burdened, and blamed. Instead of assuming children were intentionally manipulative, I practiced and modeled compassionate appreciation for their challenging behaviors. And I told parents that rather than trying to simply eliminate behaviors, they should reflect on what the behaviors might tell us about a child’s need for safety and security.

I moved from labeling, cajoling, or reinforcing behaviors to studying children’s individual differences, their perception of the world, and their relationships. I encouraged using relational joy and cues of safety with trusted adults who no longer labeled or blamed the children for their behaviors, but engaged with them as the first step in helping them. This approach worked because human beings don’t need to fight, flee, or disconnect when they feel safe, valued, and loved.

As for the nine-year-old who threw his plate in the cafeteria? When I applied the lens of Polyvagal theory, I learned that he experienced severe over-reactivity to the sounds of the cafeteria. Those noises triggered his neuroception of threat, causing stress behaviors outside the control of his thinking brain. Recognizing that, we devised a new plan. Instead of ignoring him, his aide increased relational warmth and the school gave him noise-cancelling headphones to help cope with the cafeteria. In turn, the boy’s challenging behaviors decreased dramatically.

And the first-grader who had such difficulty controlling his emotions and behaviors? It turned out his mother had recently given birth prematurely to a sister, and the boy was reacting to being away from his mother for such a length of time. He couldn’t yet control his emotions and behaviors, and the stress of having a new sister only made things more challenging. Fortunately, his parents arranged to pick him up earlier in the day to give him more time at home adjusting to the changes within the family.

And what have I learned? Being neurobiologically informed gives us the chance to rethink how we view, understand, and manage behavioral challenges in children and devise solutions that are grounded in brain science and that lead to compassion.

***
Mona Delahooke, PhD, is the author of a new book, Beyond Behaviors: Using Brain Science and Compassion to Understand and Solve Children’s Behavioral Challenges.

I really enjoyed this article. It's so true that children have hidden issues that we oftentimes do not take time to learn and understand. Thank you for this. I will definitely use this knowledge for the upcoming school year and years to come.

Thank you Mona for this wonderful article. Very clear. I sent it to my daughter in France who has a two year old daughter and is pregnant. I supervised Kendra and I can see where she got her loving compassion and brilliance! I hope to meet you someday. Mary Kay

I have discovered this over a forty year career working with children who demonstrate all types of negative behavior. I always ask well why is he spitting, hitting, knocking down his peers creations, mumbling hurtful, aggressive words. I ask well how can a child who overloads, has sensory overload, is insecure, jealous, feeling excluded deal with these challenges when they have not yet received support in what lies beneath the easiest fastest response to painful emotions!! So I tried a few experiments and found that looking at where the child is, what is underlying the negative responses , and helped children understand a bit better why they are reactive, teaching human emotion, and giving them alternatives to go to when that first sign of pain takes over. It is a process that we all need in order to first understand why our neurotransmitters are firing , and then to go to that bag and try and reverse the reactive behavior that follows .