How Childhood Trauma Affects Health Across a Lifetime 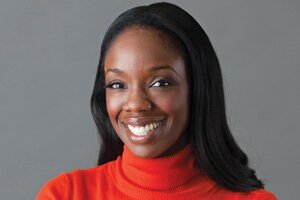 No therapist is surprised that childhood trauma affects emotional and behavioral development, but it’s taken a passionate young doctor to shed light on the disturbing toll it also takes on physical health.

Years ago, after Nadine Burke Harris opened a pediatric clinic for the underserved population of San Francisco, she grew concerned that conventional medical treatments weren’t helping in most cases of autoimmune diseases, out-of-control asthma, and failure to thrive. She had a eureka moment when she discovered research about the collection of adverse childhood experiences (ACEs) that have been tied to adult alcoholism, drug abuse, physical abuse, and suicidality.

Her patients were too young to be exhibiting the fallout of ACEs that plague adults, but Burke had a hunch that the children’s physical suffering might be tied to elevated stress levels related to adversity and trauma. In the silo of medical school, she’d never learned how to counter the effects of such trauma, but she decided to evaluate her young patients using the ACEs questionnaire just the same.

Her hunch was right: the kids with the most stubborn physical ailments were coping with all kinds of traumas. So Harris altered the way she doctored, adding ACEs assessments to her intakes and bringing on therapists who could offer intensive family therapy right there at her clinic. The results were profound, and she’s since undertaken a campaign to unite doctors and therapists around an understanding of ACEs and the vital importance of treating the whole person.

Now an in-demand speaker, Burke Harris is the founder and CEO of the Center for Youth Wellness. Her TED talk, about how childhood trauma affects health across a lifetime, has been viewed more than 5 million times, and has laid the groundwork for her first book, The Deepest Well. In January, she became California’s first surgeon general.

RH: Your first experiences treating the underserved kids in your office transformed your ideas about what the standard medical approaches were missing. What did you learn from those experiences?

Burke Harris: When I finished my medical training at Stanford, I didn’t think that I was going to do anything other than provide standard pediatric care to the vulnerable community I wanted to serve. But I soon found that patients who had behavioral and learning issues also had crazy high rates of asthma, rashes, and autoimmune diseases. And it soon became apparent to me that the common element in all these cases was a pattern of exposure to high doses of adversity.

RH: You’ve also noticed that while attention was often focused on the symptoms of ADHD, the impact of trauma on children was often ignored. What led you to that conclusion?

Burke Harris: The diagnostic criteria for ADHD are almost all there in the kids I treated. But the DSM stipulates that ADHD is not caused by any other mental health disorder. Meanwhile, my research on how adversity affects children’s developing brains led me to realize that a diagnosis of ADHD didn’t take the full picture into account. Something else was going on. 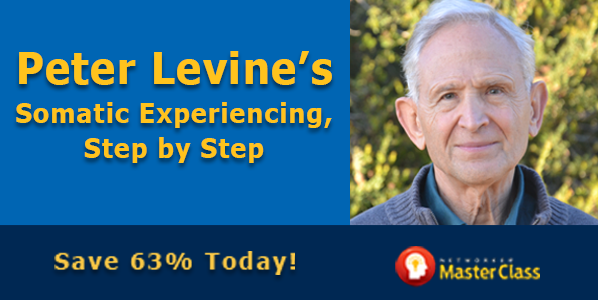 A lot of my young patients had started on Ritalin, and when the original prescribing doctors had realized that stimulants weren’t working, they’d prescribed antipsychotic medications. By the time these children arrived at my clinic, they’d had five different diagnoses with three different medications! It became obvious to me that if you have a child whose brain and body were being bathed in stress hormones every day, no amount of Ritalin or Adderall or Concerta was going to fix the problem. You have to get to the root of the problem—the everyday adversity these kids face in their lives.

RH: How did the ACEs research change your outlook?

Burke Harris: One of the most striking conclusions of the ACE studies was how drastically certain early experiences increase the risks of cardiovascular disease, cancer, and lung disease. That was key to my understanding of how strongly emotional stress is linked to the body, particularly during the critical developmental period in children. But there’s another piece that largely goes unrecognized: the biological changes that result in the activation of stress responses lead not only to the increased risk of medical problems, but to a dramatic increase in the risk of engaging in high-risk behavior.

So it’s not as simple as just saying that high-risk behavior is the cause of worse health. You also have to take into account the neurobiology that underlies the connection between early adversity and increased risk behavior. In fact, there was a clear dose–response relationship. In other words, a person with four or more ACEs is 10 times as likely to use IV drugs as a person who had none. Some of that has to do with behavioral exposures and the environment they’re in, but some of it has to do with how changes in the brain, particularly the reward pathways, increase the risk of substance dependence.

RH: In your clinic, everybody is assessed for ACEs. But when someone has a higher ACEs score, what do you actually do?

Burke Harris: Number one, we help the patient and the family understand what we think is going on, and we connect that to an explanation of our treatment approach. In The Deepest Well, I give the example of Lyla, the little girl who wasn’t growing and whom I diagnosed with failure to thrive. Her previous pediatrician had defined the problem as just a nutritional issue and had been prescribing nutritional supplementation. But when I saw the same growth charts and examined her, I assessed her ACEs, discovered domestic violence and other issues, and found her to have an elevated ACE score.

As a result, I was able to say to Lyla’s mom, “Because of what Lyla has experienced, I think her body is making more stress hormones than it should, which is having a very bad effect on her health.” Why was this interaction important? Because by widening the mother’s understanding of her child’s health, she was able to see the connection between Lyla’s well-being and the need to get care for herself at a local domestic violence shelter or a faith-based organization.

Importantly, we also got this mom and her daughter into child–parent psychotherapy. Mind you, this child presented with no behavioral issues or emotional issues. The psychotherapy was to address the poor physical growth.

Doing this work is not about reinventing the wheel and coming up with some whole new cure for toxic stress. It’s about using the existing treatment resources in a way that’s more informed, more strategic, and far more targeted to the root causes of a child’s medical problems.

This blog is excerpted from "Toward a New Vision for Healthcare," by Ryan Howes. The full version is available in the March/April 2019 issue, The Missing Piece: Embracing a More Embodied Psychotherapy.

The Lancet (Oct, 2019) meta-analysis estimated the cost of ACEs at $748B in the US and $581B in the UK annually. They predict 30% of anxiety and 40% of depression. Researchers called for more programs to help vulnerable kids.

To the author of this article: You write: "Her hunch was right: the kids with the most stubborn physical ailments were coping with all kinds of traumas. So Harris altered the way she doctored, adding ACEs assessments to her intakes and bringing on therapists who could offer intensive family therapy right there at her clinic. The results were profound, and she’s since undertaken a campaign to unite doctors and therapists around an understanding of ACEs and the vital importance of treating the whole person." Where is the evidence of these "results"? How were they achieved? Was there a control group? Was there an objective member of the research team? Was there a research team? These are the questions you should be asking. Otherwise, this is just a press release, typical of the other reportage on Burke-Harris.

I'm sure Burke-Harris means well. But the campaign she has been waging (with some powerful Silicon Valley support) fails to take into account the role of ADHD neurophysiology—not to mention the fallout generation after generation of this highly heritable neurocognitive disorder. I've seen no causation proven in the various studies Burke-Harris cites. I've seen only association. We do have solid studies showing the association, including with some genetic markers, between ADHD and many health challenges. We also are learning more about the effect of poorly managed parental ADHD on a child (with or without ADHD), and we now understand that in many cases the parent should be treated before the child is even evaluated. Because living in a chaotic home with emotional dysregulation, disorganization, poor planning of meals and time schedules, inconsistent rules and punishment....this all takes a toll on any child. It's beyond shocking to me that Burke-Harris has been lavished with so much publicity and support for a very incomplete message. She is making life harder for children and adults with ADHD by, in effect, attributing all of their challenges to childhood trauma. This takes us back decades, when all adult dysfunction was blamed on the mother or other adverse childhood experiences. I know that humans don't like to think in complexity. But people who call themselves mental-health professionals MUST learn to do so. The issue is often ADHD compounded by trauma. Without treating the ADHD as well as trauma, we risk leaving people stuck with their ADHD symptoms and with little hope for the future because they will blame it all on "childhood trauma." This is a travesty. It means that people are not getting the help they deserve—all because the public and mental-health workers alike fail to understand science. With mental-health workers who insist that ADHD is really trauma, there is also a profit motive. Gina Pera

Hello Thanks for this great post. My husband and I are both clinical psychologists he specialises in paediatrics and I in surviving trauma neglect and abuse We’ve been volunteering with Dream A Dream an Indian NGO for the past 12 years. We’ve sought to increase their understanding of failure to thrive and also helped publish measure of life skills in a group of children and young people from adversity. We have a mentoring training programme for lay people to guide them in helping young people thrive. Let us know if you’d like to talk more.