...And the Four Most Common Mistakes Therapists Make 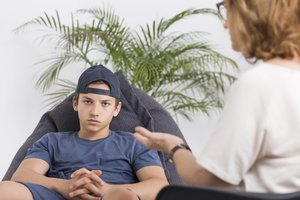 What a depressing article! I have worked with children, teenagers and parents for around 20 years and would agree that sometimes the problem is the kids having too much power and the parents not having any. However, I disagree that the solution lies in taking away kids' power and giving parents all the power. I guess this approach would work for therapists who believe that kids need to be obedient and do as they're told. This approach allows for only rebellion or compliance. It also puts parents in the role of being controlling dictators. This approach is not conducive to helping families foster mutual respect, learning appropriate expression of feelings and developing problem-solving skills, all of which are healthy and constructive relationship skills. Learning how to dominate others or how to accept being dominated are not only not constructive, they are actually harmful and hurtful relationship skills and not things that therapists should be encouraging!

When I first read this, I thought it was a joke. This is a very antiquated and adversarial approach to counseling teens. If they don’t feel you respect them and value them and their opinions, how can you build a therapeutic relationship with them? You can’t. It’s terrible for a therapist to enter a room automatically biased toward the parent rather than having unconditional positive regard and respect for all members, which is a core tenant of therapy.

I’ve definitely had challenges with my kids, but something that has worked well for me is to take the time when they make a mistake and use it as a learning opportunity. I went to a site called www.preparemykid.com and they have a video that talks about how to teach kids life skills… In essence, I find out what mistake they’ve made; I often share a story about how I struggled with it; I relate why it’s important to something my kids find important; and then I let my kids talk about how they would do something different and we have a discussion. I’ve learned more about my two boys in the last 8 months than I thought possible!

What?! Is this method based on any research? Disturbing that these suggestions are offered without any understanding of context, history, mental illness, etc. Please, therapists who work with teens, do what is effective. Don't be cruel, and act ethically. For REAL change, do what REALLY works. Britt Rathbone, LCSW-C

This is THE MOST UNHELPFUL way to work with teenagers!! Do not follow any of these ill advised steps. I am infuriated just reading this! If I were a teen in your office I can't imaging how enraged I might feel. I have been treating adolescents and their families with great success for 25 years and do not buy into the all or nothing binary approach described in this article. The relationship that parents and helping adults cultivate with teenagers is the most powerful tool in treatment and change and it does not rest on establishing such a power differential. I believe and the research supports (as my colleague and I outline in our book "What Works With Teens: A Professional's Guide to Engaging Authentically with Teens to Achieve Lasting Change", New Harbinger, 2015) that there are ways to establish respect and engage teens in their own change investment while creating accountability in them for their choices, and by the way in helping parents and teens more effectively communicate and connect. Of course we would not allow a teen to be verbally abusive in a session just as we would not allow any of the adults to do so. It seems time for a new generation of therapists who actually "get" teenagers. The author in this piece does not seem to. Glad to write a counter article for PN that will actually make a difference for therapists in their work with teens.

Bravo! I can't tell you how many cases I currently deal with in which the child went to a previous therapist(s) that made all of these mistakes and made the family's situation much worse. In my specialization, I deal with many teens (most of whom were adopted) who experienced early trauma, with the resultant attachment and trust issues. These teens are particularly prone to control at all costs, as their early experiences with caregivers "proved" to them that caregivers were incompetent and could not be trusted to meet their needs. This "therapy" as you described so eloquently can be such a disaster for these families in particular.