When Male Partners Won't Open Up 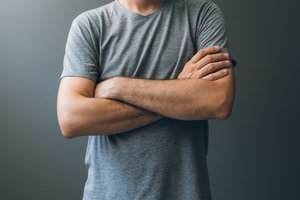 Many of our clients, especially men, believe in the traditional definition of vulnerability: a state of weakness that leads to being open to attack. Often they’ve spent much of their lives learning how to avoid feeling vulnerable at all costs—which works well in situations demanding that they stay calm, turn off emotions, remain task focused, and perform under pressure. Adhering to values such as toughness, assertiveness, logic, discipline, confidence, and perseverance becomes the measuring stick of their success in life. Understandably, these clients are usually reluctant to embrace the positive benefits of vulnerability as a necessary pathway to authenticity, clarity, and growth.

Like many therapists, I’ve noticed over the years that when I can orchestrate vulnerable moments with clients, my own engagement becomes more intense, time slows down, and I feel more therapeutically alive. Vulnerability is the language of emotionally connected beings, and like a powerful magnet, pain, doubt, fear, mistrust, and other vulnerable states bring forth new opportunities for deep intimacy and transformation, especially in work with couples. However, as I found when working with Antoine and Mary, there are times when leading clients along the path of vulnerability can be not only challenging, but wrought with potential pitfalls, where men like Antoine, acutely sensitive to how expressions of intimate and tender emotions conflict with their self-image, can get lost in dark places.

Antoine, a 36-year-old career US Marine sergeant with multiple deployments, had been married for 10 years to Mary, a 34-year-old teacher. They had two children. To save their marriage after Antoine’s latest infidelity, they entered treatment with me, their third therapist. Antoine looked downcast in the first session, but seemed determined to let me know that, although he didn’t know why he’d had multiple affairs, he was committed to keeping his family together and never cheating again. He said he was “sincerely sorry” for being unfaithful, but believed there was no sense in talking about the past. Without making eye contact with Mary, he spoke in short, tight sentences as he described his game plan: don’t talk about what went wrong and build trust through future actions.

Mary had different ideas. Animated and direct, she asserted that if Antoine never wanted to talk about the past, how the hell was she ever going to trust him again? Despite their mutual desire to repair the relationship, Antoine and Mary had a poor track record of talking about their behaviors. Their last therapist had even recommended separation, telling them they were “not a good match.”

In our first session, feeling the immediate pressure to deliver, I focused on building an alliance with Antoine as a man of action by acknowledging right off the bat that having the kind of emotional, self-disclosing conversations Mary wanted was contrary to much of his military training. Identifying with his reluctance, I told him it made sense that he didn’t want to talk about the details of the affair if, as he felt, words always made things worse. I acknowledged how others in his life valued his toughness and disciplined focus, and how it took courage to enter therapy, where the focus was on what he’d done wrong when there was so much he’d done right. Antoine agreed he’d done a lot well, “but therapy isn’t one of those things,” he admitted with a wry smile.

He seemed relaxed when I switched my focus to Mary, until she started sobbing, saying that if he couldn’t talk about what he’d done and its effect on her, then the marriage was over. “I’m sad there’s so much pain, and there seems no way to talk about the hurt without it leading to a fight,” I said to her as her tears continued to flow. But when I asked Antoine, “What’s happening as you look at Mary’s face and see her pain?” he responded with stunning coldness. “This is something she needs to work out on her own. I already said I’m sorry. There’s nothing more I can do,” he replied.

Although I was rattled by the chilling lack of empathy in Antoine’s response, it was the end of the session, so I perfunctorily muttered that they both needed to work together to rebuild trust, and as they left, I thought, There goes therapist number three.

Thankfully, they came back the following week, and I started by telling Antoine I was sorry I’d pushed him too quickly in the previous session. “All your training as a military man has been to turn off emotions, so it was unfair to ask you to do something like that,” I told him. “But if I can help you understand the benefits of responding to Mary’s tears and show you how to do it, would you be interested?”

He paused for a moment, and when he nodded yes, I cautiously used a bit of psych education to explain some research on attachment and infidelity repair that gave him some distance from the emotional intensity that had been triggered in the last session. I shared that the fastest route to rebuilding trust depends on a betrayer’s willingness to engage with the partner’s questions and learn to see them as a plea to reestablish safety. Last, I told him that words and emotions could be his ally instead of an enemy in the work of repair he and his wife faced.

Instead of defending his behaviors, Antoine tentatively expressed an openness to exploring the feelings of isolation that had led to his infidelity. I told him that true connection, the kind we were working to establish between him and Mary, often came from being vulnerable. He confessed he admired the vulnerability Mary shared with her girlfriends in talking about their problems and how it seemed to draw them closer together. For the first time, he glimpsed the benefits of connection that make the risk of dropping defenses and reaching out worthwhile. Emboldened, he told Mary he was willing to talk more about his affairs if doing so might save their marriage.

Sadly, men like Antoine often don’t know how to put words to their inner experience, so they suffer in silence and end up being blamed for not responding when in reality, they don’t know how to respond to their partner’s vulnerability because no one has ever responded to theirs.

At the time, I hadn’t fully realized this, and I hadn’t yet come to appreciate the impact Antoine’s own childhood story had on him. Later, I learned that his father had smacked him in the head any time he’d seen his son express “weakness,” saying “I’ll give you something real to cry about.” His mom, too scared to confront his dad, kept silent. So Antoine learned early on to hide his tears—which benefited him in his military career. But how could he now comfort Mary, when he didn’t know what comforting felt like?

My clinical experience shows love is a better motivator than shame. Recognizing that not addressing Antoine’s shame would only reinforce his negative experience of vulnerability, I decided to champion a new possibility. “Antoine, when you feel like garbage, who sees you and understands what it feels like to be in that place?” I wondered.

Looking at me with confusion, he replied, “No one. I don’t want anyone to.”

His closed-off strategy offered him some short-term protection, but it also guaranteed he’d be alone in moments of need. “You’ve been hiding your pain your whole life,” I said. “So of course you don’t want anyone to see it. I’m curious what you’d do if one of your kids believed they were unlovable garbage?”

He rocked backward and said, “That would break my heart. I’d tell them it’s not true.”

“Antoine,” I said, leaning toward him, “I know you learned to survive without anyone addressing your pain and fear, but I believe you deserve the same thing as your kids. I want to fight for you in that dark place just like you would for them.” Looking over at Mary, I saw her eyes open wide. When I asked her to share, her voice cracked as she said, “I feel terrible for him, but I also want him to feel terrible about what he did. I never knew he was in pain. I thought he just didn’t care. I want to hold him, but I’m scared I’ll get hurt again.”

Antoine interrupted, saying, “She shouldn’t have to come to me. I’m the bad one, and I deserve to be let alone.”

This time, with a fuller sense of both partners, I had a clearer understanding of the therapeutic direction that would be most helpful to both of them. Responding to Antoine’s expression of shame, I said. “You made some horrible mistakes, and you need to answer questions about that, but leaving you alone in that nasty place only makes it likelier that what’s happened between you will never heal. I believe in Mary’s strength and her ability to find a way to love you in your broken places. If she can’t do it right now, that’s understandable; we’ll keep trying until she can. You deserve it. You both deserve it.” Mary sighed when she heard that, and acknowledging her struggle, I added, “Antoine definitely did something wrong, but if we always leave him alone in his pain, then nothing will ever change.”

Slowly Mary reached over to hug Antoine and said, “You’re not alone. We can do this together. I love you, baby.” As Antoine held on to her, I ended the session by telling them how inspired I was to be witnessing their relationship growing stronger right before my eyes. In fact, in the next session, Antoine shared how he felt lighter and amazed at “how talking about bad stuff could turn out okay.” His letting in Mary’s empathy and comfort enabled him to feel a sense of security and mutual commitment that made him believe he and Mary could help each other move through their crisis.

Antoine pulled Mary close and said, “I want you, and I’m here for you, and I’m never leaving again. I’m sorry for the pain I caused. I put you in this hole and I’m in it with you. I know you’re the best thing to ever happen to me.”

For the first time, Mary saw in Antoine’s eyes her own pain reflected back. He was jumping into the hole with her—and suddenly, the hole was filled with hope.

Antoine and Mary continued therapy for three more months as they learned to strengthen their connection even further. Three years after terminating therapy, they reported no new infidelities, that they enjoyed spending time together, and had a new baby on the way. I’m indebted to them for helping me realize that in working with affairs, regardless of who’s at fault, both partners do better when they can experience the benefits of vulnerability together.

This blog is excerpted from "Doing Vulnerability," by George Faller. The full version is available in the November/December 2017 issue, Our National Blame Game: Can Therapists Help Find a Way Forward?