A Five-Step Process for Dealing with Angry Clients 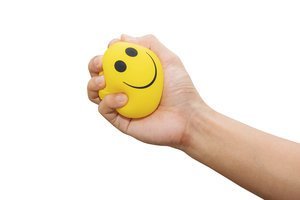 Q: I find myself getting extremely reactive when clients lose their temper in my office. What can I do to better control my anger and anxiety in the presence of an angry client?

A: Most therapists are trained to process emotional reactivity by examining content: "Why do I feel this way about this client?" They may be able to take the edge off their anger by realizing, for example, that this not their father or some other authority figure disregarding their feelings; rather, this is a client, a troubled person who has come to them for help. The only problem with this strategy is that anger arises faster than thoughts do. "Working it through" keeps you several steps behind an angry client, like poor Dr. Melfi struggling with Tony Soprano.

Like soldiers, therapists need self-regulation skills that kick in automatically under fire, and developing them is akin to undergoing basic training. These skills must become automatic—conditioned responses to fight-or-flight cues—so that the experience of anger and fear triggers them. In fact, the skills that will help you in sessions are the same ones your clients need to reduce the level of anger and resentment in their own lives.

One method of developing a conditioned response to regulate emotions is a technique called HEALS, which has proven as successful with clients as it has with me. The technique is aimed at producing an immediate and unconscious response that transforms anger, resentment, or anxiety into interest and compassion. Practicing the technique lowers baseline anger levels, reducing the frequency and intensity of waves of anger. I've found that it takes 4 to 6 weeks of 12 repetitions per day to develop a conditioned response. HEALS was initially developed for use with violent prison inmates, but I use it with clients who have even mild resentment problems that distort their thinking and make it next to impossible to see other perspectives.

Before they learn HEALS, clients need to understand that most anger and resentment (and a lot of anxiety) come from what I call "core hurts," the feeling that one is disregarded, blamed, devalued, rejected, powerless, inadequate, or unlovable. Though we learn core hurts early in life, we're born with what I call "core value," our intrinsic worth and lovability. When we're aware of our core value, we feel the most humane and the most compassionate.

The first task of HEALS is to disrupt the usual desire to attack or avoid in response to anger and resentment. To learn HEALS, I ask clients to recall an incident that made them angry and to talk about it until they can feel the physical sensations of the anger. I then tell clients to visualize "HEALS, HEALS, HEALS," flashing over the face of the person who made them angry. This is the trigger of the entire conditioned response.

I then teach clients to identify and experience the core hurt that stimulated their anger, a hurt that led to guilt, powerlessness, inadequacy, or rejection. They might say, "I feel unlovable," and feel that core hurt for just a moment. Each time they do this, their sensitivity to the core hurts decreases.

The next step in this process is for clients to access their core value. We become aware of our core value by identifying and remembering what's deeply important to us, what we most value in life, such as our desire to heal, to serve, to improve, to build, to love, to renew.

There are many exercises that can help clients discover their deep values. My favorite is the creation of a "core value box." I suggest clients write down—or at least think about—how they feel when they see the faces of people they love; what the single most important thing about themselves is; what has spiritual value to them; how they feel in the face of things that strike them as beautiful, both in art and in nature; when they've felt a strong sense of community. As they practice HEALS, they use what they've written to evoke their core value. Soon they don't need the reminders.

Having accessed their core value, clients naturally are able to love themselves, that is, to feel lovable. Out of this love, they can feel compassion for the core hurt of the offending party, knowing it's similar to their own.

Now clients are ready to solve the problem that triggered their anger. With core hurts regulated, they have their full mental and emotional resources, including perspective, available to finding solutions. As a rule, several options occur to them immediately. I ask them, "Will you solve this problem better with anger or with your core value? Which makes you feel more powerful?"

I suggest you master this method on your own anger before teaching it to clients. Once you've mastered it, allow an entire session to explain it to your clients. Encourage them to train by practicing on past occurrences of anger before they use it on a highly charged situation in the present.

Here's how I used HEALS for myself and with a client during a couple's first visit to my office. The wife had spoken with me to set up the appointment, but I hadn't talked to the husband before the session. After my first comment during our conversation, he hurled an insult at his wife for having chosen such a dumb therapist. His disrespect stirred my anger. In my imagination, "HEALS" flashed over his face. I briefly experienced my inadequacy as I passed through the core hurt to get to my core value. There, I was strengthened by my deepest value, that of helping others. This gave rise to feeling love for myself, and from that feeling I had the perspective to realize that this man felt inadequate, too. The wave of my emotion went from the earliest stage of anger to hurt to self-love to compassion in the lightning speed of conditioned response, well outside my awareness. My desire to strike back was converted automatically into a desire to help.

Solving the problem at the root of my client's anger in this case meant teaching him self-regulation. He identified the core hurt driving his anger as feeling "unlovable," because he felt blamed for all the problems in his marriage. He identified his core value as protecting others. When he recalled that value, he felt compassion for his wife, recognizing that his wife blamed him because she felt unlovable. At this point, aggression was no longer an issue, since he was in touch with his compassion.

Despite appearances, angry people don't like to be angry. They've gotten into the habit of using punishing emotions to numb the pain of core hurts. They'll remain angry and resentful until they learn to identify so closely with their own core value that they spontaneously cherish the people around them.

Steven Stosny, PhD, is the founder of CompassionPower. His books include Living & Loving after Betrayal, Love without Hurt, How to Improve Your Marriage without Talking about It (with Pat Love), and the upcoming Soar Above: How to Use the Most Profound Part of Your Brain under Any Kind of Stress.

This blog is excerpted from "Cease Fire," by Steven Stosny. The full version is available in the January/February 2003 issue, Getting Unstuck: Unconventional Approaches to Therapeutic Stalemate.

I have heard Steven Stosny speak at Smart Marriages conferences. He is amazing. His deep understanding of and compassion for people's emotional pain is so powerful! I used the method described here to work through my anger with a loved one. Doing the core values steps was one of the most powerful, yet quick methods I have found to move from anger and frustration to love and compassion for both my loved one and myself. Thank you Dr. Stosny. I will be buying at least one more of your books. I have the one you wrote with Pat Love.

This really resonated with me. It is theoretically consistent with the way I think about core themes, but more than that, I appreciate immensely the practical steps to get there!! 🙂