A Week in the Life of a School Social Worker

Rapid-Fire Therapy, Creative Strategies, and Building Trust in an Instant 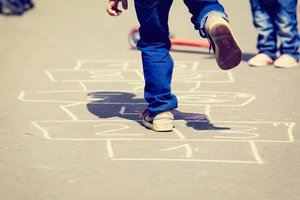 Public School 48, where I’m on staff as a social worker, sits on a block between a juvenile detention center and a strip club. The school serves around 900 mostly Hispanic and African American children in prekindergarten through fifth grade, with a large percentage of those kids living in shelter apartments. Of course, PS 48 has an educational mission, not a clinical one, but I’m part of a service staff that includes speech, occupational, and physical therapists. I’ve been a school social worker in New York City for 15 years and was a teacher for five years before that. Initially, I went to social work school to better help the kids I taught. But eventually, I became a social worker because I wanted to directly address the problems—truancy, childhood depression, and the overwhelming responsibilities of being an older child raising siblings—that were keeping them from functioning well in school. My current job is to counsel children with Special Education Services, as well as to handle the daily emotional crises that arise in a place like PS 48. A week of work can be exciting, frustrating, and often hair-raising—anything but boring.

Monday. I start at 8:00 a.m., going down to the gym for morning lineup to see if anyone’s arrived sad or disheveled, so I can intervene before his or her day worsens. Afterward, I have a schedule of children to see, individually and in groups, but throughout the day, I’m regularly called when unexpected problems arise. Today, a teacher calls me soon after I return to my office, explaining that 8-year-old Shakira’s holding her stomach because her mother punched her there. When Shakira comes to my room, I start by reassuring her, as I usually do, that she’s not in trouble, and her teacher sent her to me because she’s concerned. Shakira describes how her mother got angry and struck her at breakfast when she wiped her little brother’s mouth with a paper towel instead of a rag. I ask how much it hurt on a scale of 1 to 10, 1 being a tap and 10 being super hard. She says 10, but adds that usually her mom hits her on the arm or shoulder with an open hand, which hurts less.

It’s hard to hear about kids being abused, but I’m careful not to get so focused on her being hit that I don’t make contact with her as a person. As I ask her how she likes her class, what she likes to do after school, and what kind of music she listens to, she begins to relax.

My role in working with neglected and abused children depends on each case. In mild neglect scenarios—such as parents allowing their children to watch adult movies or play video games for most of the day—I prefer to talk to parents in a matter-of-fact way about the effects of violent and sexual images on a child’s development. If my tone is right, parents are generally thankful, although they often say little.

In more severe cases of suspected abuse, like Shakira’s, I call children’s services. Often, the results of an investigation will lead to families getting customized services, including in-home parent coaching, household assistance, and a case worker to help improve their lives. Rarely is the neglect and abuse judged to be so severe that a child is removed from the home, but sometimes that happens. I make a note to check up on Shakira later in the week, after an investigator from children’s services has visited her home.

Tuesday. In the hallway, I say hello to Vadiem, a 12-year-old student who’s graduating in a few weeks. He transferred to PS 48 from another school at the beginning of the year because of behavioral problems. He’s a smart, clean, and wary fifth-grader with a chip on his tooth and on his shoulder. He was fine for the first two weeks of school, but then he began cursing at the teachers under his breath when they confronted him for acting out or talking during work times. Although he expressed regret each time this happened, his behavior didn’t change. When I spoke with him, he said he didn’t want to be confronted verbally in front of his peers, so we discussed using the “ear tug”—whenever the teacher needed Vadiem to change his behavior, she’d call his name and tug her ear. This worked once or twice, but in the chaos of a fifth-grade class, it was forgotten, and Vadiem slid back into cursing under his breath.

A change came when we started using concrete goals. We turned a piece of paper horizontally and wrote the numbers 1 to 5 at the top. Below the numbers, we placed photos I took of him going from sad to excited. We reviewed his goals weekly to see his progress, based on a scale of 1 to 5. To track improvement more precisely, we used a daily report sheet filled out by his teacher and sent home for his mother to review. It was broken up into eight class periods, with a rating of 1 to 5 for each period. He asked if he could play basketball with me if he did well. I said if he gets 3s or 5s for the week, we’d play for 10 minutes, 4s or 5s meant we’d play for 15 minutes, and all 5s meant we’d play for 20 minutes. We continued discussing his progress with his mom and his teacher. (Things seem to work faster for children when we involve those closest to them in a circle of awareness and care.) Vadiem improved quickly.

Wednesday. Jamaya walks in, sits quickly, and folds his arms. Tears start to run down his cheeks. He’s a sensitive boy, who gets upset when teased. He can dish it out, though, and often gets in trouble. Today, I give him my “Ned and Ted” talk, something out of my grab bag of tried-and-true methods that I use to get through to kids without sounding too therapeutic. I tack two cartoon faces, Ned and Ted, on my bulletin board. They’re both the same smiling picture, except Ted has no ears. I ask Jamaya if he notices the difference. When he notes that Ted has no ears, I say he just sometimes turns them off. Kids seem to accept the idea that they can choose to turn their ears off when someone’s teasing them more readily than they can accept the advice to simply ignore them. To illustrate this point, I tell Jamaya that he probably has his ears turned off to some things right now, like the truck driving by the school and people talking in the hall. “You’re listening to me,” I say, “so you’ve turned your ears off to the other stuff.” He gets the idea and is willing to try it. We high-five each other, and he skips out of my office with a smile.

Thursday. Jason, Marcus, and Maria are friendly kids on an individual basis, but their teacher was exasperated by their behavior as a group, overreacting to perceived slights and generally acting out. By now they’ve all bought into the Ted and Ned story, and are showing improvement in class. Maria is the group leader, making sure turns are taken and manners are minded. Jason can be deeply honest about his feelings, which helps the others to do the same. Marcus is shy, but the other two coax him to talk when we’re together. Today, Marcus is talking about how angry he got at Jason last week for mocking his shoes. Jason thinks for a moment and says, “You’re right. I did laugh, and didn’t care how you felt. I’m sorry.”

As much as possible, I try to work with kids in groups. I’m often impressed by how kids can support each other, defend one another’s stance on an issue, and empathize. It’s powerful to witness kids you might think have been hardened and traumatized by their tough experiences in life reach out toward another when they talk about their imprisoned fathers, living in a shelter, or what it’s like to have a brother killed in gang violence. Even supportive silence after children say anything that was difficult to say tells them that they were heard and it’s okay to say more.

Friday. At 2:30 p.m., almost the end of the day, a voice on the loudspeaker asks me to go to the main office, where the assistant principal hands me a 10-page suicide note written by 9-year-old Darianis. I notice it’s written in crayon, a different color for each paragraph. Darianis’s friends had found the note and handed it to the teacher. I call her teacher and ask her to send Darianis down.
Soon a pretty, wise-looking fifth-grade girl arrives at my office. We’ve never spoken before. I introduce myself with a smile and let her know that she’s not in trouble. Then I show her the letter and ask her to tell me about it. She tears up and explains that her best friend plays a game called Who Am I Not Going to Be Friends With Today.

I ask Darianis how long she’s felt sad and frustrated, if she has a plan for suicide, and if she’s told anyone. She answers, “A few days,” and says “no” to the other questions. She also talks about her mom making her clean up after her younger brothers and wash dishes. I tell her it sounds like she has a lot on her mind between school and home, and ask what she likes to do after school and the names of her friends. I write each name down, totaling 13. I keep a scale in my room for just such occasions, and ask her to put a bead on one side. It leans to the right. I then ask her to put 13 on the other side. Point made? Yes. I also draw a large circle, saying this was her life this week. How many bad things happened to her? She said just the one incident. I draw a tiny circle inside the big one. She smiles. I ask which is bigger, and she traces the large one. She’s feeling better.

If I sense a child is at serious risk of suicide, I take them to the psychiatric emergency room, but in a case like Darianis’s, where this action doesn’t seem necessary, the protocol is first to call a parent to let them know what happened, and then to ask that the parent pick up the child to get him or her home safely. Since I can’t get Darianis’s mother on the phone, I ask the assistant principal if I can escort her home myself. Darianis is reluctant, not wanting her mother to know about the letter and her feelings. I tell her that if one of my children had written this, I’d want to know. Then I make it more personal, saying that I could get in trouble if I kept this to myself. She nods sadly, and we head to her apartment, eight blocks away.

When I return to my office, there’s a message from children’s services about Shakira’s case from Monday. The abuse allegation was determined to be unfounded: evidently she’d made similar, unsubstantiated claims in the past. With a start, I realize that I’d forgotten to check in with her yesterday. I leave a note with her teacher for Monday, asking that Shakira see me after morning lineup. It’ll be the start of a new week, filled with the inevitable crises and challenges, but also with the smiles and small accomplishments that come each day at PS 48.

Howard Honigsfeld, MSW, is a school social worker and a former teacher. He is in practice in North Bellmore, NY, and specializes in counseling children and families.

This blog is excerpted from "A Suicide Note in Crayon," by Howard Honigsfeld. The full version is available in the September/October 2013 issue, The Selling of Psychotherapy: What Are the Rules in Today's Consumer-Driven Market?