Inhabiting the Moment with Traumatized Teens

Three Strategies to Rewire Young Brains for Safety and Attachment 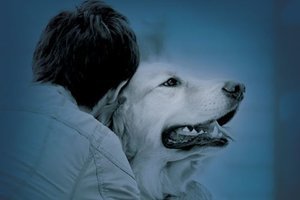 James was a depressed and lethargic 13-year-old boy who’d almost given up when I first met him. During the time I treated him, he went through some death-defying experiences, two psychiatric hospitalizations, and a tough court hearing, as well as a therapeutic turning point in which he discovered something that gave his life meaning. Although it’s been a long time since we first spoke, I remember that first hour vividly; I can still see him shuffling slowly, reluctantly, into my office.

James barely acknowledged me during his first visit, acting like he was on a forced death march as he entered my sunny office. About 20 minutes in, I gently shared my own experience of sitting with him there, tentatively wondering aloud about his guardedness and acknowledging how much all of this must suck—including, I imagined, being in therapy with some nosy, middle-aged, hippie lady like me. I said I could understand if he didn’t want to be doing this. I told him that I’d take some responsibility for making it more fun for him, since he was pretty much mandated to be here—which also probably sucked.

James didn’t respond to my query with words, but he glanced up at me, dark, startled eyes filling with tears, before looking away even more fiercely than before. I knew he was lonely and frightened, and I had an inkling about some of the reasons why. At that point, I also understood that he was fragile as a teacup; I wouldn’t expect to engage him in “real therapy” for many weeks to come. First, we had to find a safe way to be together in the room.

I saw James for more than three years. For the duration, his father was in prison for multiple serious offenses, and they had no contact. James’s opiate-addicted mother came and went, sometimes in jail, sometimes trying hard to get clean, often unavailable, and ultimately a tragic disappointment. Initially, James could visit her when he wanted to, or when she was interested in seeing him; at one point, before losing custody permanently and moving far away, she joined us for a few sessions. It was helpful for James’s healing that I saw both her remnant love for him and her heartbreaking limitations.

James lived mostly with his grandmother, who’d gotten temporary guardianship of him the year before. When she was exhausted or unwell, he’d stay with his aunt and uncle an hour away. This wasn’t a perfect arrangement, but it offered more stability than he’d had previously in his life. He was struggling academically for the second time in the seventh grade and, because he was sleeping so poorly at night, he snoozed through many days in school, making it impossible to keep up. The overwhelming combination of his chaotic family life, a reading disability, the move to a new junior high school, and his relentless depression had taken quite a toll on his motivation. But without a safe relationship, I couldn’t help him with any of that.

In recent years, scholars studying interpersonal neurobiology (IPNB), adolescent development, and relationships of all kinds have arrived at similar conclusions regarding the importance of attachment bonds across the lifespan and the crucial role attachment plays in psychotherapy. Current thinking about psychological growth and healing emphasizes human interdependence and connection, rather than separation and individuation, even during adolescence. It’s now widely agreed that the self develops in the context of relationships; the compelling existential truth—particularly vital for anyone working with teens to consider—is that a coherent identity emerges only in connection with others.

Developmental–relational theory (DRT) provides the evidence-based rationale—drawing from attachment research, the study of contemporary adolescence, and IPNB—for the value of secure love in therapy with traumatized teens like James. It offers an integrative framework for why and how to pay steady, benevolent attention to someone who may never before have had anyone’s steady, benevolent attention. In its emphasis on right-hemisphere attachment and feelings, this approach reflects a set of values that are distinct from more cognitive-behavioral approaches; in its reliance on the slow, hard work of corrective relational experiences, it also distinguishes itself from other, more technique-driven and solution-focused models.

What we therapists have to offer our young clients, more than anything, is our well-regulated, fully developed, two-sided adult brain, with its mature capacity for awareness, perspective, appraisal, curiosity, and forgiveness on full display. We make and sustain connections, we repair inevitable ruptures, we provide the safe haven and secure base. In DRT, we’re both the mechanism of change and the intervention. Because we are the adults in the room, we are responsible for what happens in treatment.

DRT keeps us attuning and reattuning to the adolescent in the moment because only through new healing experiences can the teen’s right brain learn to fire and rewire for safety and intimacy. Here are a few fundamental strategies to accomplish this.

Repair Quickly. All therapists—no matter how well trained, how deeply present and compassionate, or how skilled—miss a lot. It’s simply impossible to pay attention to and “get” another person all of the time. Fortunately, rupture and conflict are not only inevitable, but also crucial to development in therapy. This isn’t to say you should intentionally show up late, or contrive some issue so you can resolve it. No need for that: you will screw up sometimes, without even trying. The important treatment element here, however, is to acknowledge when you realize you’re not in sync, even if it’s minutes or possibly weeks later. Don’t hesitate to try and try again, no matter how trivial the lapse might seem to you.

Be the Adult. DRT with traumatized adolescents requires that we make sense of who we are to the teen, both as our authentic adult selves and as stand-ins for all the other adults they’ve ever known or needed. Devaluing our importance to them as caring adults might be humble or efficient, or fit theoretically into more manualized paradigms that “anyone could do.” But these teens aren’t going to get generically healthier in therapy, as if there were any such thing as “generic health”; they’re going to grow up to become more like us. They’ll learn about love, repair, problem-solving, and what regulation feels like from how we do these things—from how we live in the world, and from being in this specific, unique relationship between a vulnerable child and a caring adult.

Be Playful. Trauma therapy is, much too often, serious business. When we think about “doing trauma work,” we may assume—incorrectly—that it shouldn’t be fun or playful. Remember, these aren’t adults we’re dealing with, and our young clients probably didn’t get much time to “just be kids” before they hit adolescence, making them less resilient now. Neglect and abuse not only interfere with secure attachment, but also with the behavioral system of exploration and play.

For adolescents who struggle to see the good time in traditional talk therapy, and are rigidly defended against playful movement or banter, I often like to include play-based activities that involve turn-taking or mutual focus, particularly ones that can get a tiny bit messy, or give me the chance to be amused with what’s happening. I’m not above blowing bubbles, balancing peacock feathers, shooting Nerf baskets, playing catch, or doing a jigsaw puzzle if it might be fun, regulating, and connective to do so.

I had to hospitalize James on two occasions. About six months into our work, James had, once again, been doing skateboard stunts, and deliberately catapulted himself off a bridge into a deep, cold river. Although, amazingly, he suffered only minor injuries, he wasn’t clear with me about what he’d hoped would happen. When I asked about suicidal intent, James just shrugged and said softly, “Who cares?” I did, of course, and got him an inpatient bed that day. He stayed just a week, though, since he was able to spin the incident as a knuckleheaded teenage act, and convince staff that I’d misunderstood him.

The second hospitalization, about a year later, was more serious. His grandmother, sensing he was more depressed than usual, had checked up on him before bedtime and discovered to her horror that he’d been busy constructing a noose. She quickly brought him to the emergency room. This incident, a more unambiguous suicidal mission, led to a month-long stay in the psych unit.

During his stay, I went to see James on the inpatient unit. Fortuitously, I happened to get there on an afternoon when a couple of therapy dogs were also in the community room. I got to see a side of James that he’d never revealed to me. He was remarkably relaxed, affectionate, and happy down on the floor, rolling around with a golden retriever and talking in a loving, goofy way to the dog. Here was this miserable, isolated boy who had planned to kill himself, and who struggled so hard to connect with other humans, in deep limbic engagement with an animal. I took note and filed away this observation for our next session at my office.

In the interim, and with his grandmother’s consent, I contacted a veterinarian friend of mine, Dr. Z., with a proposition. If I could persuade James to give it a try, would Dr. Z. take on the experiment of “hiring” an assistant who loved animals and needed to be of use? He agreed, and a plan was hatched. When James and I met after his discharge, he was diffident about the offer, but he didn’t exactly refuse. His grandmother set up a few after-school visits at the veterinary clinic to give it a try.

James came to therapy a week later, after spending his first two afternoons shadowing Dr. Z. around the clinic. I immediately noticed that his shoes were now tied, and that he had a different sort of bouncy energy in his gait. This usually taciturn, sorrowful boy proceeded to spend the next hour telling me about helping to spay a Bernese mountain dog, and tending to the shaved and stitched cat who’d evidently been the loser in a neighborhood fight. While my intervention here wasn’t some kind of magical cure, James now evinced, for the first time, a trace of passion and purpose beyond mere survival. And, there and then, he began to get some traction in his life. Happily, too, Dr. Z. became another important member of James’s team of reliable, nurturing adults.

My delight in finding a way to connect with James is important to describe. The stakes are high with high-risk kids, and we’re often less helpful than we hope. Had James gone though the cycle of self-destructive behavior, overt suicidality, and hospitalization another few times, I think he would’ve become increasingly difficult to reach. But even now, years later, as I write about this astonishing young man, I find myself smiling a little. By the time we decided to take a break, James had left school and was working toward his GED. He’d gotten a job as a dog groomer in a big pet store at the mall, and he’d even started amassing his own loyal clientele. I’m proud of that young man. And so here’s the thing about DRT: it’s the kind of therapy that, when we’re really connecting deeply with a teen, makes us stronger, too.

This blog is excerpted from "Being There" by Martha Straus, adapted from the book, Treating Trauma in Adolescents: Development, Attachment, and the Therapeutic Relationship, published in 2017 by The Guilford Press. The full version is available in the May/June 2017 issue, What Now? Five Therapists Face the Limits of What They Know.