What to Do When Your Client Doesn't Want to Change 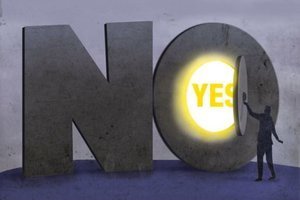 As therapists, we want nothing more than to help people who are suffering—help them feel better as soon as possible and help them, after therapy, live more emotionally satisfying lives. But that usually requires helping them change—change their dysfunctional patterns of thinking, self-destructive behaviors, and self-defeating ways of relating to others. Since just sitting with them and commiserating with their misery, week after week, month after month, may not result in any tangible change, most of us naturally want to engage in more active forms of helping. So we try to persuade our clients—compassionately, gently, kindly, patiently—to engage in this and that tool, technique, exercise, or homework assignment, which we know would help, if only they’d just try it.

Ah, resistance! Haven’t we all, at times, blamed our clients for it, suggesting that they secretly don’t want to get better and are, in some way, purposely sabotaging us? But what if the problem is really with us, that we’ve become so single-minded in our attempts to be helpful, that we tend to ignore the aspects of our clients’ inner ecology triggering the resistance? And what if the negative thinking patterns, feelings, and behaviors that keep them stuck have powerful, unconscious advantages serving vital, even life-preserving purposes? Finally, what if their resistance to change reveals something positive, beautiful, and even healthy about them—something that we’ve overlooked? If so, we might want to view resistance from a radically different perspective.

How would this work? Consider a client who’s struggling with extreme anxiety, depression, hopelessness, and rage after experiencing a severe trauma, such as being abused. If the client is still suffering from those symptoms after years of therapies and therapists, we may feel the client is resistant to our help; yet, as we know, holding onto her anxiety and hypervigilance makes perfect sense as the best way to avoid being abused again. In addition, feelings of depression and rage are quite appropriate after going through that experience. And her hopelessness about recovery may reflect her past treatment failures and protect her from further disappointments if our efforts also fall short. If we don’t bring this unconscious resistance to conscious awareness, we’re risking clinical failure.

This should immediately ring true for most therapists. But what many may not realize is that if we can learn to put this unconscious resistance front and center in our clinical work—even before revealing our fabulous toolkit of change-oriented techniques—we can lessen or even eliminate our clients’ resistance to help, making their collaboration with us far more enthusiastic, thus speeding up complete recovery.

In workshops, I frequently ask therapists what they’ve been taught about therapeutic resistance in graduate school or in textbooks. Many therapists say that clients cling to their symptoms because of secondary gains, like support from others or disability income. Others say that clients resist help because they’re afraid of change; after all, the devil you know may seem better than the devil you don’t.

Although these ways of looking at resistance may sometimes contain a grain of truth, they’re not particularly helpful. But what if we could reframe the client’s resistance as something positive, healthy, and helpful, revealing something honorable about his or her core values? If so, then my first goal as a therapist might be to explore the many good reasons a client might have for not changing. This shift in therapeutic tactics has required a massive internal change in how I think and function as a clinician, but it’s revolutionized my therapeutic experience—and I’m now seeing recovery at rates I’d have thought impossible as recently as 10 years ago.

I call this new approach TEAM-CBT. TEAM stands for Testing, Empathy, Agenda setting (paradoxical), and Methods—the four most important keys to all psychotherapy, regardless of the approach you might endorse. I’ll explain these elements as I applied them in a live demonstration I did recently at a workshop on the treatment of trauma.

The volunteer from the audience, an Asian American mental health professional in her late 50’s named Christine, had been the victim of three decades of violent abuse at the hands of her ex-husband, a San Francisco real estate developer. Early on in the marriage, she’d desperately wanted to take her twin daughters and leave, but he’d threatened to murder all three of them if she ever tried. It was horrifying to hear her describe trying to muffle her screams during the beatings so her daughters wouldn’t hear. By the time her children had grown, she’d felt too frightened and demoralized to save herself. Eventually, he decided he wanted a divorce and left her. Years later, even as she was telling her story to the audience, she said she still felt so humiliated and afraid that she simply wanted to run from the stage and hide.

At the time of our session, she’d been divorced for over a decade, but was still severely depressed, anxious, and angry—in spite of more than a decade of psychotherapy involving a vast array of approaches from numerous clinicians. Over the years, she said, therapy sessions, no matter what their clinical orientation, usually made her feel better for a short time, but the effects never lasted, and she rarely experienced much progress.

Earlier in my career, however, I’d then have encouraged her to challenge her negative thoughts, using a variety of powerful CBT techniques. Often that works, but sometimes we run into resistance, rendering all our efforts ineffective. In fact, I’ve learned over and over that it’s easy to overlook hidden sources of resistance precisely in clients who outwardly seem as motivated as Christine. So instead of rushing in to help, it’s often better to take a different route: focus on some really good reasons not to change. 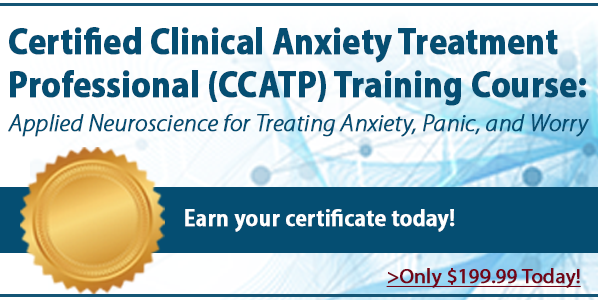 This is called paradoxical agenda setting (PAS), and as the A of TEAM-CBT, it’s the intermediate step between the empathy phase of the session, when the therapist compassionately listens to the client’s venting, and the methods phase at the end, when you work toward change together. In PAS, you bring the outcome and process resistance to conscious awareness and work to reduce them. If you do a god job of it, the methods phase can be remarkably fast and easy. So after empathizing with Christine as she told her story, I asked her if she wanted some help beyond my listening and providing support; and if so, if this would be a good time to roll up our sleeves and get to work. She said yes to both.

“Great,” I said. “I want to check something out before we get to work. Let’s imagine that there’s a magic button right here on the desk. If you press it, you’ll be instantly cured, with no effort, and all your negative thoughts and feelings will completely disappear. You’ll be flooded with feelings of joy. Would you press that button?”

Like nearly all my clients, she responded to this question with an enthusiastic yes. Then I explained that while I didn’t have a magic button, I did have some pretty powerful techniques we could use. And while I couldn’t promise any specific outcome or miracle, there was an excellent chance she could experience great improvement tonight. However, I told her, I was reluctant to use those techniques.

In Christine’s case, I suggested that we start with her anxiety, reminding her that one of the negative thoughts triggering her anxiety was I’m not safe. “Let’s assume that you press the magic button and walk out at the end of this session feeling completely free of anxiety and safe,” I said. “Do you really want that? Can you think of some reasons why you might not want that to happen? Are there any benefits to your intense anxiety?”

Christine paused, looking puzzled. Earlier in the session, she’d mentioned that she’d recently flirted on several occasions with an attractive man and sensed there was some chemistry between them. But if she pressed the magic button and her anxiety suddenly disappeared, I suggested, she might let down her defenses prematurely and end up in another abusive relationship. After a moment, she responded, “So perhaps my anxiety keeps me vigilant.”

“You’re absolutely right. Write that down as number one on our list of positives,” I said, adding that her anxiety could even be thought of as an expression of self-love, since she’s protecting herself from being hurt again. She seemed to resonate with this and brightened up a bit right away.

I then asked Christine if there was anything positive about her intense sadness and depression, reminding her that if she pressed the magic button, these feelings, too, would disappear. Could she think of any reasons why that might not be a good idea? She drew a blank. “Why would I want to feel sad and depressed?” she wondered, especially since she’d been struggling for decades to make those feelings go away?

“Well,” I responded, “if you press the magic button, you’ll instantly feel flooded with feelings of joy and happiness. Do you want to feel happy and joyful about decades of horrific abuse?” With a little start, Christine suddenly understood what I meant. Yes, she agreed, maybe under the circumstances, feelings of sadness and depression were understandable and appropriate, even healthy...

This blog is excerpted. To read the full version, click here.

This blog is excerpted from "When Helping Doesn't Help," by David Burns. The full version is available in the March/April 2017 issue, Round Hole, Square Peg: If It Doesn't Fit, Don't Force It.

I work as a school-based therapist and so my primary clients are between Kindergarten and 12th grade, but I also have the opportunity to work with their parents and many times parents will talk about their child as the problem, rather than asking for help with their approach to parenting. I am quite certain that they would love a magic button that could change their child's behavior (i.e impulsivity, non-compliance, talking back, etc.) I've been playing out different scenarios in my head and wondering how I might reframe some of their concerns related to the paradoxical agenda setting. I'm wondering if anyone has used this technique in working with families and might be willing to offer some suggestions for paradoxical agenda setting when parents identify the problem stemming from the child and believing that if the child changed, they would no longer be experiencing the problem.

This is a very interesting technique that I think I have been doing for a while now without a name. I will tell a client that we are 'all the sum of all of our experiences' and that some of them have worked quite well to protect them in the past. I have recently been suggesting to my anxious clients who are stuck on 'what if', that they play the game! 'What if' something bad - or even good (which is also anxiety provoking for a few of my clients) happens? What will they do? Play it out. When they do, and see that they can solve the puzzle, the anxiety is reduced measurably. I am very excited to try to encorporate this technique into my practice.