The Two Essential Ingredients for a Happy, Long-Lasting Relationship 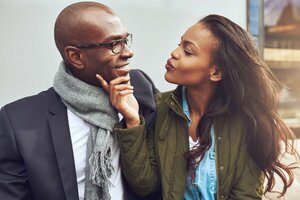 The first book to have an impact on the field of couples therapy was The Mirages of Marriage by Don Jackson and William Lederer in 1968. Its basic premise was that the problem in distressed marriages was a failure of the implicit quid pro quo contract between partners when it comes to transactions around the exchange of rewards and positive feelings. The therapy approaches at the time focused on how to help people negotiate these contracts with each other from positions of self-interest, where each person was really trying to get the best deal for themselves as individuals. The role of the therapist was to be a kind of super-negotiator and problem-solver, the idea being that negotiating the best deals for each individual would result in the most satisfying relationship. And to sweeten things up, the authors encouraged couples to have “love days,” in which they did especially thoughtful things for one another.

Neil Jacobson and Gayla Margolin, psychologists at the University of Washington and University of Southern California respectively, were the ones who operationalized and researched this as a model of couples therapy in which people learned to be nicer to each other through contingency contracts, communicating better, and improving their conflict-resolution skills. But this approach had a fundamental theoretical flaw. Game theory—brought into psychology by Harold Kelley and John Thibaut—suggests that the only way you can get a really good contract is to work together with mutual trust. So each person needs to work not out of self-interest, but out of mutual interest, where the sum of the benefits is what the partners are maximizing. Otherwise, it becomes some sort of zero-sum game where it’s a win–lose paradigm. That was really the fundamental problem in those early days of behavioral marital therapy, the notion that you could work from positions of self-interest and still get a loving contract that really helps both people. It turns out that most of the time, people will sabotage that kind of a contract because it feels like an unacceptable compromise. And not surprisingly, when Jacobson analyzed the results of this approach to behavioral marital therapy, he found very small effect sizes and huge relapse rates.

The idea that transformed couples therapy emerged from attachment theory and the belief that what’s needed in marriage isn’t better contracts, but looking at marriage for a safe haven. That’s largely the contribution of Susan Johnson and Emotionally Focused Couples Therapy, which expanded John Bowlby’s idea about infants needing a secure base from which to explore their environment. Essentially, Johnson said that is what’s often missing in couples relationships, and she designed an approach to heal attachment injuries through extending Rogerian concepts of expressing emotions and paraphrasing and validating those emotions.

Beyond that, her big paradigm shift was bringing emotion into couples therapy. Before her, influential therapists like Murray Bowen had insisted that emotions got in the way of therapy. He famously said, “I don’t want to know what you feel; I want to know what you think.” The core concept in his theory of psychological differentiation was that at the highest level of development you could control your emotions with your reason. But then Johnson comes along and says, “No, that’s wrong: you really have to express emotions and validate them. Carl Rogers needs to be brought into the couples arena.”

So by focusing on emotion and the safe haven, Johnson wound up creating a revolution in couples therapy. And even though she wasn’t directly talking about trust, it’s essential in creating a safe haven, as is building commitment. The foremost researcher on commitment has been a woman named Caryl Rusbult, who came from social psychology, not from the psychotherapy tradition. Her 30-year research program is the only approach that’s ever been able to predict sexual infidelity successfully. All other research on sexual infidelity asks people to reconstruct from memory what happened before the act of betrayal occurred, but Rusbult can actually predict which couples will be sexually unfaithful.

She concluded that the basic element of betrayal is the tendency for partners to make negative comparisons. So when things get tough in a relationship, like you have an argument or your partner is emotionally distant, if you start to think, I can do better with someone else, you’re negatively comparing your partner to real or imagined alternatives. She found that when that happens, you’re going to invest less and less in the relationship and give yourself permission to cross boundaries and start relationships with other people. That’s where commitment comes in. People don’t recognize the enduring importance of a relationship very deeply if they have only a conditional investment in it. If you’re not really building gratitude by cherishing what you have with your partner, but instead are building resentment for what’s missing, you’re likelier to engage in an act of betrayal.

What the latest research from my lab is telling us is that trust and commitment are both the key ingredients for being in love with your partner for a lifetime, and for having your marriage be a safe haven. These are the ingredients for not just loving your partner, but being in love with your partner. And here the work of Helen Fisher is important. Fisher studies people who are in love. When she puts them in the functional MRI tube and they look at the face of the person they say they’re in love with (versus a stranger’s face), their entire pleasure center, the part of the brain that secretes dopamine, lights up. People used to say, “How long can you be in love with somebody? It’s got to have a shelf life of maybe 18 months.” Well, she’s found people who are still in love with their partner two decades after the wedding and longer. Apparently, being in love can last forever.

While Fisher’s work doesn’t focus on the ingredients that make that happen, I think future research is going to show that it’s based on building both trust and commitment. And we already have techniques now for doing that in couples therapy. The key element in making those techniques work is paying more attention to the moment-to-moment state of clients’ physiology. To do effective couples therapy, people really have to be calm when they talk to one another. And so the focus on conflict that pervaded couples therapy in its early years needs to be supplemented by calm, everyday emotional connection, where people can really talk to one another and listen and work on friendship.

Another thing we need to do is develop a system of shared meaning within the couple that has an existential base. When partners aren’t compromising in their essential conflicts, it’s because they feel as if the compromise means giving up a core part of themselves. Therefore, we have to get at the meaning of each person’s position in the conflict to resolve the majority of relationship conflicts. It’s also necessary to look at intentionally building shared meaning to have a connection that’s fulfilling and has some depth to it. It comes down to having a sense of shared purpose and meaning. For many couples, that includes a religious basis. William Doherty has been writing about this for decades.

Last, we need to look at the research that shows how unsuccessful most sex therapy is at evoking anything but the smallest changes. We’ve learned recently from a remarkable study—described in a book called The Normal Bar, which looked at 70,000 people’s sex lives in 24 countries—that the people who have a great sex life are doing about a dozen concrete things differently from those whose sex life sucks. It’s the same everywhere—in China, in Italy, in Canada, and in the United States—everywhere on the planet. The people who have a great sex life are saying “I love you” every day and meaning it. They’re kissing their partner passionately. They’re expressing affection in public. They’re cuddling. Research shows that only six percent of non-cuddlers have a great sex life. If couples don’t cuddle, they don’t secrete oxytocin, and their sex life isn’t fulfilling. It’s not rocket science.

John Gottman, PhD, is cofounder of The Gottman Institute. The author of hundreds of journal articles and 48 books, he’s received numerous awards for his marriage and family research.

This blog is adapted from the article, "Couples: In Search of a Safe Haven," from our January/February 2017 issue, The Connected Self: Therapy's Role in the Wider World.