Finding the "Genuine Hero" in Even Your Most Troubled Clients 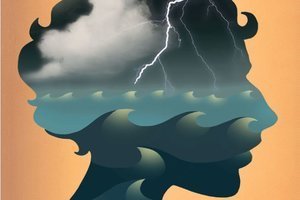 I would like to thank Courtney Armstrong for her article, "Hiding in Plain Sight." I have taken a strengths-based and mindfulness-based approach to life and my professional work for as long as I can remember. I noticed that Courtney used the word "nemesis" according to common vernacular, as synonymous with "enemy," something to fear. I would like to point out that an older, "heirloom" if you will, definition of nemesis is that person or thing that challenges us so greatly that we may easily perceive it to be insuperable, yet if we dig in, we find that the work we do in responding to the challenge becomes a unique opportunity for growth. This is actually the premise of the article, summarized well in Courtney's statement, "People want to get rid of fear, as though fear itself is the dreaded villain, but in fact, it's nature's way of giving us extra (italicized) strength." In keeping with the insights shared in the article, I would like to suggest that we also help our clients understand this deeper understanding of the word nemesis.