The Grief We Hold 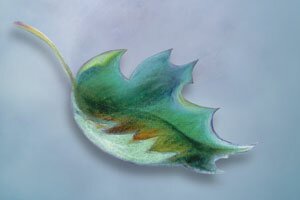 The Grief We Hold

Loving in the Midst of Loss


If you’ve made it here, all the way to the back of the magazine, you know we’ve been talking about Rich throughout this issue. We’ve been telling stories, expressing gratitude, paying homage to one of the most influential mental health advocates of our lifetime. Our love and admiration for him could fill many more issues. But there’s no denying the grief of having lost him, and many people in the community are struggling to come to terms with his death.

I reached out to grief expert David Kessler, a frequent Networker contributor and author of many books, including Finding Meaning: The Sixth Stage of Grief. I found our conversation immensely helpful, even hopeful, in the wake of losing a cherished colleague and friend.

Ryan Howes: How do you conceptualize grief?

David Kessler: Love and grief are a package deal: you can’t have one without the other. You can avoid grief, but then you’re going to have to avoid loving your friends, your spouse, your partner, your parents, your child, your pets. Most people don’t want to make the journey of life without love. And at its heart, grief and pain are part of love. Grief is what the love looks like after the death.

There are processes we go through in grieving, whether we talk about them as stages or tasks or milestones, but I don’t think we ever let go. Instead, we find acceptance bit by bit. There’s no end point to grief.

Kessler: That’s because you’re thinking of grief only as pain. My younger son died four years ago. A lot of pain still exists in my grief, but also a lot of love—and I know in time as I attend to the pain, it will decrease and be replaced with more love.

We knew how to love the people we’ve lost when they were physically present—and the work now is to love them in their absence.

This issue of the Networker is love for Rich. It’s one more form of honoring and loving him.

RH: Some of the ways Rich showed his love was by giving so many people, myself included, wonderful opportunities to write and speak to this field, by giving tough editorial feedback, by hosting the Symposium with such energy and playfulness. And people would give back to Rich with immense gratitude. When Rich isn’t here anymore, how do we thank him? How do we love him in that way?

Kessler: When I’d send Rich a piece of writing, he’d always call and say, “Let’s talk about this.” And then he’d dive in and edit it, sometimes giving a 90-word blurb for a talk as much line-by-line attention as an entire book would deserve. So now that he’s gone, I try to think, How can I nurture Rich’s devotion to quality so it lives on in me? The next time someone asks me to write a blurb for a talk, Rich’s voice will be there. This is one of the ways I’ll find meaning through my grief.

RH: A lot of people probably want to get to a place of finding meaning sooner rather than later. How do you arrive there?

Kessler: There is no way around the pain, only through it. It’s like with buffalo: they sense when a storm is near and run into the middle of it, which minimizes the time they’re in the discomfort. It stands in contrast to modern humans, who often run from pain and grief, thereby engaging with it even longer.

I try to remind people that they come from a long line of dead people. Every ancestor they have has died. Our soul and our psyche know how to do grief. We don’t need to learn it. It’s not a technique. What we need to learn is not to avoid it.

We live in a grief-illiterate society. Society may be telling you to take three days off, to be over it in a month, to be productive, to move on. But that’s our modern world’s misunderstanding of this organic process.

RH: You and I knew Rich personally. Many people who came to the Symposium or watched his videos knew him as a larger-than-life figure. He exuded such joy. Learning about his struggles with bipolar disorder and death by suicide has been a shock for some people.

Kessler: We’ve often heard the saying, “Everyone is fighting a struggle you know nothing about.” It’s true about Rich. It’s also true about your neighbor, your spouse, your child, your parent, your friend. When we remember that everyone is going through a struggle we don’t see, we become more compassionate. Rich fought with incredible courage—and just because he struggled doesn’t mean he wasn’t joyous. We can all admire that in him.

He leaves so many legacies behind. But what if one meaning we get from his death is the recognition that Rich may have been like millions of other people who are fuller humans than the glimpse we see of them?

RH: The Networker, with Rich’s family, has talked openly about Rich’s death and bipolar disorder. I know that for many people, even therapists, it can be difficult to process that such a strong advocate for mental health died by suicide.

Kessler: Very difficult. Let’s unpack suicide. We have a lot of archaic ways of thinking about suicide. And the correct terminology is “death by suicide,” not “committed suicide,” which sounds like someone committed a crime. We need to help people understand that death by suicide is sometimes the outcome of a complex mental illness.

Picture the wall on your right as complete mental health, and the wall on your left as complete mental illness. I don’t know anyone who’s completely mentally healthy, and I don’t know anyone who’s completely mentally ill. We’re all somewhere in between. And there are all kinds of factors that influence where a person is on the mental health continuum: finances, relationships, habits, brain wiring, biology, the pandemic, society. There’s a range in which everyone looks fine, but we can’t see their baseline and challenges.

RH: For decades, Rich heroically did everything he could to manage bipolar disorder, but that’s a very difficult illness.

RH: We’re celebrating a life while acknowledging the tragedy of a death. Do you find people have difficulty holding those two things together?

Kessler: We often go through this conundrum. Are we celebrating someone or mourning them? But when did one have to become exclusive of the other? You want to make sure that people aren’t misinterpreting celebration as a shutting down of feelings.

When you went to the most meaningful funerals, you probably laughed and cried. And you were able to do that because the event or talk was authentic to the person. I think this issue of the magazine portrays Rich authentically in that it showcases what a joyful, magnanimous, brilliant, loving person he was, while acknowledging his death and his struggles. If we ignored the latter, it wouldn’t feel authentic.

The secret to grief is to feel what you’re feeling. If you’re feeling sad, be sad; if you’re having a great day, honor the great day. If I’m remembering all the tremendous things I admire about Rich and seeing how they can live within me, then I’ll do that today. We all have the opportunity to find meaning, and meaning doesn’t take the pain away: it’s a cushion to the pain. People often think, “But there’s no meaning in a death by suicide. I say, “Correct. But meaning is what we do after. Meaning is inside of us.”

Maybe someone who saw Rich on stage might find meaning in the way he got up there to sing and dance with such enthusiasm and reckless abandon. So many of us feel we have to play it safe all the time. I’d never think I could put on a Superman shirt and go up on stage like he did. I don’t have the body or the looks, but that didn’t stop Rich. He had a fearlessness that I’d love to live on in me.

Rich had such a brightness, and we now realize that he struggled too. But don’t we all have a line in the dark we’re always struggling between? I certainly do.

Kessler: It gives us permission to be our authentic selves.

Ryan Howes, PhD, ABPP, is a psychologist and long-time contributor to the Networker.