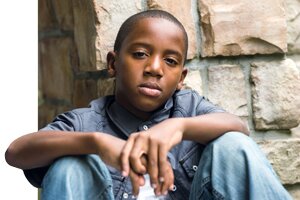 
During a session back in 2016, Trevor, a student at the high school where I worked, quietly told me he felt suicidal. Assuming that he simply wished to escape painful feelings, I validated the normalcy of his emotional response to school and family stressors. But, with his head in hands, he started to describe daily experiences directly linked to the structural racism that pervades this country: in the school system, at his job at the grocery store, on the streets where he lived, even in his living room: “Every time I turn on the TV,” he said, “I see what happens to boys like me.”

I couldn’t help but remember that moment with Trevor when I stumbled across a Opinion piece last December, by clinical psychologist Inger E. Burnett-Zeigler. In “Young Black People Are Killing Themselves,” she presented some sobering statistics: between 2001 to 2017, the rate of death by suicide for Black boys ages 13 to 19 rose 60 percent. For Black girls, it rose nearly 182 percent. Compare this to a 33 percent increase in overall suicide rates between 1999 to 2017, and it’s clear that something is disproportionately affecting Black kids.

When it comes to making sense of statistics like these, not enough mental health professionals have been trained to look at the sociological context. Sure enough, Burnett-Zeigler gives us this…