Suicide and the Golden Gate Bridge 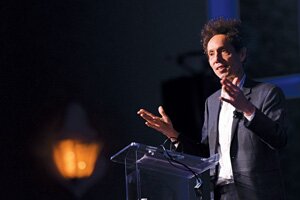 Suicide and the Golden Gate Bridge


The Golden Gate Bridge in San Francisco was built in 1937 and almost immediately became a magnet for suicides. Between then and now, 1,500 suicides have taken place there: more than at any other specific location in the world in that period. There are so many suicides on the Golden Gate Bridge that a couple of years ago, a documentary filmmaker set up a camera at both ends of the bridge, and just left it running, because he was certain he’d be able to capture people jumping off the bridge—that’s how frequently it happens. And of course, he did, as unbelievably ghoulish as that sounds.