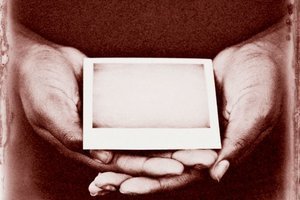 Q: Many of my clients are successful at their jobs, but regardless of how much positive feedback they get about their work, the slightest criticism can send them reeling. What can I do to help them gain perspective?

A: I don’t know anyone who hasn’t experienced this kind of reaction at some time in their lives, but some people experience it daily or hourly. Many don’t even wait for someone else to criticize them: they provide it themselves, making it truly inescapable.

You say that your clients need to “gain perspective.” A surprisingly easy way to do that involves an approach that’s fundamentally different from most therapeutic practice. Because it’s so different, I need to provide a few simple examples to illustrate how it works, before offering a step-by-step case example.

If you think of a disturbing memory, most people experience the inner image as being quite close and large, sometimes so near that it might be described with the common phrase “in your face.” If you move that imagined image to a location that’s 30 feet away, you’ll find that your response to it is much less intense because the image is so much smaller. With a smaller image and a less intense response, you’ll more easily be able to examine it to find out if it has useful feedback information. If you move the image so far away that it’s only a tiny dot on the horizon, you won’t be able to see the content, so you’d have no response to it, but then you’d lose the opportunity to use its feedback. Changing the distance of the image is a pure process intervention that doesn’t change the unpleasant content of the image; it changes only how the content is perceived.

In general, any perceptual change that makes an internal image more similar to what you’d experience in the real world will increase your felt response to it. A big, bright, clear, colorful, 3-D moving image with sound will elicit a much stronger emotional response than a small, dim, fuzzy, flat, still, silent one, even when the content is the same, as you can easily confirm in your own experience.

Most clients have no conscious awareness of how close a troubling image is, or where it’s located, or whether it’s in color or not, but they can easily become aware of these variables when asked about them. Most clients also don’t realize that they can change these variables in order to change their emotional response, giving them some choice.

Ron told me how he could receive a hundred compliments on his work, but one criticism could nullify the hundred in a nanosecond, pitching him from confidence into a pit of despair and shame. This is what most people experience when they’re plagued by perfectionism. When I asked Ron if he’d like to try something really simple that could make a big difference in how he responds to criticism, he said, “Sure!”

“First I need to gather a little information about how you think of yourself as a performer, which is an important part of your self-concept. When you think of your ability to perform, what do you see?” I asked him.

Ron looked up to his left, as if he was focused on an image that was fairly large and close to his face. “I see a picture of myself in a top hat and cane, sort of like Fred Astaire, and then I get a nice, solid feeling of confidence.”

“I noticed that you looked up to your left, as if that picture was about 18 inches square and about two feet away,” I told him.

Ron looked a little surprised. “I didn’t know I did that,” he said, and then corrected me, adding, “Well, it’s actually more like a foot square and about three feet away.”

Whenever we need to understand a word, whether chair or love or, in this case, performer, the image that appears spontaneously is what cognitive linguistics research has called a prototype—a single image that represents all the different examples in the category. At this point, I needed to know more about how Ron thinks of all his examples of his being a performer, because that’s where we can make useful changes.

“Okay, now tell me what happens when you receive a criticism, like reading a critical review,” I instructed.

Ron again looked up to his left, his shoulders slumped a bit, and he said with a dour expression, “All I see is an image of what’s in the criticism—that I was just ‘a narcissistic show-off.’ That unpleasant image stays there a long time. It’s all I see, and it’s hard to get rid of it.”

“Great, that’s the kind of information I need,” I told him. “Since ‘all you see’ is the criticism, that means that you no longer see your image of being a talented performer, so you lose the good feeling you get from knowing that. That loss is even more unpleasant than what is in the criticism. Now compare a positive image of you performing, with your image of the criticism. Look at them side by side, and notice any differences in size, brightness, color, or movement.”

Asking Ron to see the positive and negative images side by side allows him to respond to both, providing a more balanced perspective. Ron looked up to his left again for a minute or two, relaxed a little bit, and then said, “They’re the same size, and they both have color and movement, like the beginning of a movie. But the criticism is much brighter, and flashing like a strobe light, and it’s also 3-D.”

“Since the image of criticism is brighter, flashing, and 3-D, it makes perfect sense that you respond to it so strongly. Now I want you to reach out and grasp that critical image with both hands, and squeeze it down until it’s only about four inches on a side. As it shrinks, see it become dimmer, flatter, black and white, and tell me how that changes your experience of it.”

As Ron did this, his shoulders lifted a bit, and he smiled. After a minute or so, he said, “That makes a huge difference in how I feel. But why not shrink it all the way to a tiny dot so I can’t see it at all?”

“Have you ever gotten so self-absorbed in a role that you actually did become something of a showoff, overplaying a performance?” I asked.

“I assume you’d want to be aware of that possibility, so that you can avoid doing that in the future,” I told him. “If you shrank it to a dot, you’d become oblivious to that. From now on I want you to keep that image of the criticism small, dim, still, flat, and black and white. That way you still have access to all the information in that image, but without being overwhelmed by bad feelings.”

Now that Ron was more comfortable with his image of the criticism, it was time for a content intervention—using the image of the past criticism to create a new image of what he can do differently in the future so that criticism won’t happen.

The fundamental principles illustrated in this case can be used with a variety of other common presenting problems: guilt, grief, anxiety, anger, jealousy, phobias, and even the phobic core of PTSD. It’s a demonstration of the power of attending to the moment-to-moment way we each construct our personal version of reality. Once we begin to investigate the subtleties of this aspect of our unconscious functioning, we can open up new possibilities of how we can become the architects of our own experience.

Steve Andreas, MA, has been learning, teaching, and developing briefest therapy methods for over 55 years. He’s the author of Virginia Satir: The Patterns of Her Magic; Transforming Negative Self-Talk; and Transforming Your Self: Becoming Who You Want to Be, as well as numerous articles and videotaped client sessions.

This blog is excerpted from "Detoxifying Criticism" by Steve Andreas. The full version is available in the March/April 2016 issue, The Mystery of Gender: Are Therapists in the Dark?