Poet David Whyte on Our Work and Purpose 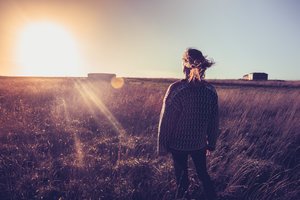 The current understanding of work-life balance is too simplistic. People find it hard to balance work with family, family with self, because it might not be a question of balance. Some other dynamic is in play, something to do with a very human attempt at happiness that does not quantify different parts of life and then set them against one another.

Human beings are creatures of belonging, though they may come to that sense of belonging only through long periods of exile and loneliness. Interestingly, we belong to life as much through our sense that it is all impossible, as we do through the sense that we will accomplish everything we have set out to do. This sense of belonging and not belonging is lived out by most people through three principal dynamics: first, through relationship to other people and other living things (particularly and very personally, to one other living, breathing person in relationship or marriage); second through work; and third, through an understanding of what it means to be themselves, discrete individuals alive and seemingly separate from everyone and everything else.

These are the three marriages, of Work, Self and Other.

The First Marriage: The One We Usually Mean

Marriage is a word loaded with associations; not only the longed-for associations with the mythical horse and carriage that carries us off in perfect felicity, as Jane Austen described it, but also the whispers and echoes it finds in our mind, depending on the particular partnership our own parents made. Each of us has a profound inherited notion of marriage or partnership from the success or failure of our own parents in their commitment to each other and their ability or non-ability to bring us up.

Our attempts to make a successful marriage as adults often depend on the image we carry of marriage from our childhood. Inhabited by two wise and benevolent gods, marriage can be a paradise for children, a seedbed, a garden; a safe cradle for the seasons of their coming and going, and subsequently, an unconscious anchor for their going out in the world. But at its worst, inhabited by angry, unhappy or absent gods, it can be a lonely, constant battleground, a weed-strewn plot, an underworld where things seem to come only to die. Most often it is both, with the weather of life blowing through according to outward circumstances and to the trials and difficulties of married life but also the extent to which children may make life difficult for the ones who brought them to birth.

The first marriage, then, the one we most commonly use the word for—two people entwined for as long as we can imagine the future lasts—is emblematic; is a representation of, is in many ways a magnified dramatized public version of, all those other commitments we make in life, in work, and even in that third, inner marriage, where we forge the silent internal nature of our outer character. It is a code or cipher for the human heart, saying that we will manifest in public an original, very particular, very private and very passionate commitment, and abide by it through any dark loveless nights of difficulty ahead.

We may be able to evade emotional commitments to others in marriage or relationship through a steady, stubborn refusal, by rehearsed, detailed explanations to mother or simply by telling the whole world to go away, but work in all its forms may be even harder to ignore, simply because it is tied so much to actual daily survival. By definition, all of us living at this time are descended from a long line of survivors who lived through the difficulties of history and prehistory; most of whom had to do a great deal of work to keep the wolf, the cold and the neighboring tribe from the door.

Work was necessity; work meant food, shelter, survival and a sense of power over circumstances. Work was and still is, endless. Work, even with inordinate riches and imperial power, never goes away. Money is no defense. Money means obligation, but also the need for that money to work for itself, which causes more work for the one who gained all the money in the first place.

There is no shelter from the calls of work. Find a corner to stretch out in, away from other eyes and lecturing voices and eventually our own conscience, built on millions of years of evolutionary survival, comes looking for us; tells us to get up and do something useful, for God's sake. The refusal to contribute, to find a work, a marriage of self and necessity, is seen as a deeply ingrained taboo by almost all societies; tapping into that same common root of survival we sense in society's need for us to find and commit to a mate.

In many ways, work must be a marriage; otherwise, why would we put up with so much over the years? We must have made hidden vows somewhere to follow something larger than the difficulties of the everyday.

But work is not only necessity; good work like a good marriage needs a dedication to something larger than our own detailed, everyday needs; good work asks for promises to something intuited or imagined that is larger than our present understanding of it. We may not have an arranged ceremony at the altar to ritualize our dedication to work, but many of us can remember a specific moment when we realized we were made for a certain work, a certain career or a certain future: a moment when we held our hand in a fist and made unspoken vows to what we had just glimpsed. For some it may come very, very quickly.

Work is a constant conversation. It is the back-and-forth between what I think is me and what I think is not me; it is the edge between what the world needs of me and what I need of the world. Like the person to whom I am committed in a relationship, it is constantly changing and surprising me by its demands and needs but also by where it leads me, how much it teaches me, and especially, by how much tact, patience and maturity it demands of me.

Self: The Third Marriage

Perhaps the most difficult marriage of all—the third marriage beneath the two visible, all-too-public marriages of work and relationship—is the internal and often secret marriage to that tricky movable frontier called ourselves: the marriage to the one who keeps changing at the center of all the other relationships while making promises it hopes to God it can keep. What is heartbreaking and difficult about this inner self that flirted, enticed, spent time with and eventually committed to a person or a career is that it is not a stationary entity, an immovable foundation; it moves and changes and surprises us as much as anything in the outer world to which it wants to commit.

In the midst of seemingly endless life, however, we can spend so much time attempting to put bread on the table or holding a relationship together that we often neglect the necessary internal skills which help us pursue, come to know, and then sustain a marriage with the person we find on the inside. Neglecting this internal marriage, we can easily make ourselves a hostage to the externals of work and the demands of relationship. We find ourselves unable to move in these outer marriages because we have no inner foundation from which to step out with a firm persuasion. It is as if, absent a loving relationship with this inner representation of our self, we fling ourselves in all directions in our outer lives, looking for love in all the wrong places.

The Need for Silence

All of our great contemplative traditions advocate the necessity for silence in an individual life: first, for gaining a sense of discernment amid the noise and haste, second, as a basic building block of individual happiness, and third, to let this other all-seeing identity come to life and find its voice inside us. In the Buddhist tradition the ability to be happy is often translated into English as "equanimity," roughly meaning to be equal to things, to be large enough for the drama in which we find ourselves.

Almost all of our traditions of instruction in prayer, meditation or silence, be they Catholic, Buddhist or Muslim advocate seclusion or withdrawal as a first step in creating this equanimity. Small wonder we feel it goes against everything we need to do on the outside to keep our other commitments together. Intimate relationships seem to demand endless talking and passing remarks; work calls for endless meetings, phone calls and exhortations. In the two outer marriages it seems as if everything real comes from initiating something new. In the inner world we intuit something different and more difficult. It can be disconcerting or even distressing to find that this third marriage, this internal marriage, calls for a kind of cessation, a topping, a fierce form of attention that attempts to look at where all this doing arises from.

David Whyte is the author of nine books of poetry and four books of prose, including The Heart Aroused: Poetry and the Preservation of the Soul in Corporate America. He's also an associate fellow at Saïd Business School at the University of Oxford

The above blog is excerpted from the book The Three Marriages: Reimagining Work, Self and Relationship by David Whyte. Copyright © 2009 by David Whyte. Published courtesy of Riverhead Books, a division of Penguin Books (USA). All rights reserved.

This blog is excerpted from "The Three Marriages," by David Whyte. The full version is available in the May/June 2009 issue, Can We Change Our Stripes?: The Role of Temperament in Psychotherapy.

Beautiful. The last marriage...the third marriage. I said last but it is not a chronology of all things. Anyway, this one is profoundly put and not given so much attention in the deep way that we exist inside ourselves... Interesting to say this in the context of frequently reading articles like this or by other thoughtful individuals about life and living, health and illness, function and dysfunction, survival and thriving, or on just being. Still, this speaks deeper. Thanks.