When Your Client Drops a Last-Minute Bombshell

Four Common Scenarios and How to Handle Them 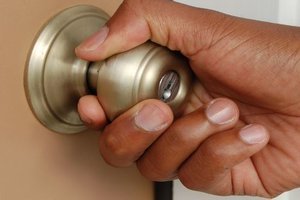 Q: When clients drop “bombshells” in the last few minutes of a session, I always experience it as an ambush. I know I’m still supposed to end the session on time, but I always find it hard. How can I better handle these unexpected moments?

A: This common therapeutic phenomenon is also known as a “doorknob moment.” In other words, the client drops the bomb on his way out, with his hand on the doorknob. In my own practice, I’ve learned that, rather than thinking of this as an ambush, it’s helpful not only to accept it as inevitable, but to welcome it.

Most of us were taught that ending a session on time is therapeutic for clients. But like you, I found this difficult to do when clients became distraught following a last-minute disclosure. It felt unkind at least and harmful at worst to say, “Sorry, too bad you’re bleeding; we don’t have time to pack that wound.” At the same time, I recognized that running over time sets a bad precedent and sends the day’s schedule off the rails, stressing not just me but clients who are kept waiting.

After 25 years of practice, I’ve developed a helpful framework to manage these moments that eliminates the judgment call about whether to run over, confirms it is therapeutic to end on time, and decreases stress all around.

After dropping a last-minute bomb, clients are often overwhelmed and break down. Going with the hypothesis that clients release the information because the session is ending—meaning they wouldn’t have done so otherwise—responding to the client’s upset by letting the session run over sends two undesirable messages: we therapists are unpredictable (therefore untrustworthy), and we don’t trust clients to pull themselves together without us. Both violate the do-no-harm rule. Lack of predictability arouses anxiety and distrust, as does fostering codependence. In short, arbitrarily extending the session undermines the therapeutic relationship. On some level, clients will note this and stop dropping bombs. If the treatment is stagnating, this may be why.

I can tolerate a lot of client distress if I’m confident that ending on time maintains a safe therapeutic environment and facilitates trust. And I’ve found that most clients leave willingly after dropping a bomb. They don’t need or want my immediate response, for various reasons, the most straightforward of which is simple fatigue. Therapy is hard work—for both of us. I, too, need the session to end, to prevent myself from sharing un-thought-through reactions.

Maintaining the deadline has clinical superpower: it shifts the locus of control from outside to inside, for both ourselves and clients. External factors—intensity of client distress, free time following the client’s appointment—used to influence whether or not I ran over. The locus of control was outside me. Now, I stay on time because it’s the therapeutic thing to do: the locus of control is inside me.

It works for clients, too. I let them know that most people surprise themselves by disclosing something upsetting at the last minute. Even if they scoff initially, when it happens, they’re relieved to remember it’s part of the process. The locus of control shifts from outside (something random happened to them) to inside (it’s happened because of them).

I routinely educate new clients about this at the intake, letting them know to expect the unexpected. “We’ll have to end on time, even if you’re upset,” I say. “When it happens, I’ll remind you that you only told me because the session was ending. You’ll stop trusting me if we run over.”

All right. Let’s assume you’ve got everyone in your practice on board with the twofold idea: expect the bombshell, and expect to end as scheduled. You’re not worrying about whether to end on time when clients are distressed because you know it’s the therapeutic thing to do. But the challenge remains how to close the session gracefully while taking into account the client and the situation at hand. Here are a few scenarios I’ve weathered and how I handled them.

The Caveat. My client Kate, while putting on her coat, says she’s taken a month’s worth of lithium two hours before the session, after a fight with her boyfriend. It goes without saying, but I’ll say it anyway: the content of this article does not apply to a medical emergency. That requires crisis intervention. A lithium overdose can kill you. I call 911 and reschedule my next clients in order to get Kate admitted.

The Personal Attack. Sherry asks me to waive the latest missed-appointment fee. Since I’ve already excused several (don’t ask), I tell her I can’t. She snorts and says all I care about is money. This is galling, of course, but arguing would send the message that I buy her premise. Instead I say, “If that’s how you feel, you need to ask yourself why you continue to see me.” Sherry snorts again and says she doesn’t know what I’m talking about. This is an invitation to explain and thereby run over, which I decline, responding instead, “Why don’t you think about it, and we’ll open our next session with what you come up with.”

The Pseudo-Emergency. Janice is a divorced mother of two boys with an irresponsible ex and a long history of obsessional worrying. At the last minute, she sobs that her job is being cut. “What am I going to do? I won’t have insurance. I’ll have to stop coming in. My ex is useless. I’ll lose my house, and we’ll be homeless.” Projecting into a catastrophic future is Janice’s go-to response to stressors.

Reframing and helping her access self-soothing and problem-solving skills is the work of the next session, so I don’t go there, even though it’s killing me not to. Instead, I hand her a tissue and say, “I’m so sorry. When is your last day of work?” After she answers, I say, “We’ll figure it out, but not today. We have to close now. How about you come in for an extra session later this week?”

When I feel intense emotional pressure from a client to run over, I remind myself that doing so erodes trust. It’s given me heart to learn that when I close as scheduled, the client often goes on to resolve the crisis between sessions. In fact, this is exactly what Janice did. This confirms the codependent nature of the pressure and the therapeutic validity of not yielding to it.

The Fluff Up. Nancy’s brother, 40, has been a source of anguish since their teens, when he fell into the abyss of addiction and criminal activity. “He just got out of jail and wants to stay clean,” she tells me. “You’re the only one who can help him!”

“That’s not true,” I say, “and besides, I can’t provide the treatment he needs in my outpatient office.”

“But he’s been to all the rehabs around here and he’s fooled all the other shrinks. I know you’ll outsmart him! Please,” she begs.

“Thank you for your confidence in me, but I can’t. I’m sorry,” I say. She starts to plead, but I hold up my hand in the universal stop gesture. “I wish we had more time, but we have to end now.” She leaves angry and frustrated, and I’m afraid she won’t come back. But she does. “So, we’re OK?” I ask. She looks at me like I’ve grown two heads. When she’d failed to make her problem mine, she’d moved on and found another solution, no hard feelings. I’ve learned over the years that most clients will do this when you draw firm lines.

These are just a few of the numerous and varied doorknob moments I’ve encountered. You, of course, are sure to have your own. With each, just remember the bottom line: to prevent stagnation and keep the treatment thriving, make it safe for the client to drop a last-minute bomb. End on time.

This blog is excerpted from "Doorknob Moments," by Daniela Gitlin. The full version is available in the September/October 2018 issue, Psychedelics: The Future of Talk Therapy?

I think with this author Is missing, it it sometimes that clients simply want to say something but they don’t want to explore it with the therapist - and certainly not at that time. Therefore, they say it just as they are leaving because it’s not intended for a therapist to do anything about it - it’s just to get the information out

This was a great article and I will share this with my therapist. I have been working with my therapist for 11 years now, and I have to say I have rarely ever had a "doorknob" effect.. because what me and my therapist do, about 15 min before the ending of session, we do what is called "transition" .. we both check in with what the energy is between us and the room, and that leaves an opening for me to be open about anything that is left over . . . . it works really well that we have this routine, but sometimes YES things happen and I get caught up in a hard emotional session and that transition is a harder one especially if I am projecting.. I have run over time but its rare and my therapist does a great job with transitioning out of that . . . its not easy for the client to leave a safe place of being open and then leaving not being sure everything is ok.. I have so much respect for therapists and I have a new-found respect for myself and clients knowing just how brave it can be to take the step into therapy.