...And Creating a Space for Men in the Age of #MeToo 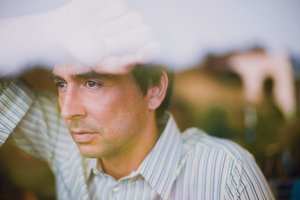 Sex therapist and sexologist Valeria Chuba’s client list is heavy on both single and coupled men. Privately shaken and sometimes concerned about their own complicity, many of these men are now worried about how the #MeToo movement will deepen the gulf of understanding between them and the women in their lives. When the cultural conversation veers into disgust at the darker side of male sexuality, they struggle with feelings of sexual shame and worries about their past behavior.

“The men I see really care about being decent people. I can’t emphasize enough how important it is to them” Chuba says. Early in the therapeutic process, she often asks them to describe their sexual fantasies, because the sex-positive work she does is founded on cutting through stereotypes and normalizing sexuality for them. They’ll regularly pause the moment they veer beyond the straight and narrow of conventional sexuality and ask her, “Am I grossing you out?” or “I hope this isn’t too much,” or “I’m being inappropriate, right?”

“Just like female sexuality, there’s nothing inherently criminal or pathological or violent about male sexuality.” Chuba says. “It’s just there. But even before #MeToo, we’ve tended to pathologize it, and made men fear that they’re being thought of as violent, offensive, perverted, or creepy.”

For Chuba, much of the secrecy and shame around sex for men and women could be mitigated by embracing a practice of consent. The idea of two or more people saying a willing “yes” to sex before getting busy has long been a fundamental sex-therapist teaching, and entire generations of sexually active adults have now have been schooled in the practice to some extent.

#MeToo has enlightened us to the prevalence of sexual assault and harassment. Companies are racing to update sexual harassment procedures and trainings, and the Department of Education finds itself conducting investigations into how more than 80 elite colleges fumbled sexual assault prevention and complaints. Even so, the same arguments about consent killing passion, and women’s struggles to be clear about their desires, are still being bandied about.

But Chuba thinks we’ve gotten consent all wrong. To her, it’s not only essential for harmonious coupling: it’s the Holy Grail of good sex. Men and women in the larger culture may roll their eyes or pen editorials about how reigniting the consent discussion via #MeToo will drain sex of fun, but in the privacy of their bedrooms, Chuba’s clients are discovering that consent is the secret to the fun sex life they’ve never had.

“The way I’ll talk about consent with men is to explain that no and yes are interlinked,” Chuba explains. If women are empowered to say no, and that no is respected, then they’re also empowered to know when they’re ready to offer a definitive yes. A certain yes is a big win for both partners, since, she says, women’s sexual pleasure is deeply important to most men, and when it’s women choosing and asking for it, everyone feels more satisfied and respected in the end.

The tricky part for therapists, according to Chuba, is explaining that consent goes beyond negotiating sexual acts. It means helping clients grasp women’s fundamental experiences of being overly sexualized in the world, and the conflicting feelings that go along with that.

“In a lot of the conversations I have with male clients, I’m literally a translator. I’ll translate woman into man, and help them develop empathy. This tends to mean helping them understand the reality of female sexuality and desire, which is often different from the way male desire works. A big chunk of it is explaining that reality in terms of safety, boundaries, and a possible history of #MeToo moments for women in our culture.”

For instance, Chuba says, a lot of men have no problem understanding sexual assault, especially incidents like Harvey Weinstein’s alleged behavior. But it normally doesn’t occur to them to question their way of asking their wife to have sex with them by grabbing her breast or her butt out of the blue. The context may be different, the intent less assaultive and more puerile, but it often feels invasive and disrespectful to their partner.

They’ll revisit these moments with Chuba, saying, “I don’t understand why she gets so angry with me.” Or “It’s never the right time to approach her.” She’ll then ask them to consider that when a woman is grabbed, even by a loving partner, it can remind her of how some stranger may have grabbed her in a bar, or rubbed up against her as a teenager on the bus, and she couldn’t easily escape.

Chuba’s clients usually dig in, countering that it’s just play. And not only that, but women can come across as frustratingly uneven about being okay with that kind of play, as well as their desire or readiness for sex. This, Chuba asks clients to consider, may be because of a lifelong practice of defending themselves against sexual advances. They’ve usually spent many years, Chuba tells them, responding to sexual requests or someone else’s desire for them without having the freedom to choose when they want to have sex. “That’s going to interfere with how they feel about sex with you,” Chuba says.

#MeToo seems to be priming some men to really hear this possibility for the first time, and Chuba relishes using these teachable moments to clarify her point. “I’ll often say something like, ‘I’m sure you understand, if you’ve heard a lot of the stuff that’s come out in the press lately, that the reality of women’s lives is a lot more complex than men realized. And that means that there’s a lot of traumatic stuff going on out there that can ruin sex for decent men like you.’”

“I also tell the men that to connect with your partner, you need to create space for both of you—for each of your needs and fantasies. What are the ways you can come across as inviting her to share pleasure, rather than whatever your partner associates you with: pressure, begging, a sense of obligation? We want her to associate you with pleasure, a sense of relief and safety from the world. If you want to have a successful sexual relationship, you need to help your partner feel that.” Chuba also wants to help men recognize that sex doesn’t have to be a pressure- or performance-ridden experience for them either. It’s an opportunity for them to experience the same degree of relief and safety as women should.

“It’s important to be sensitive to the high standards many men hold themselves to in working with you in therapy,” Chub adds. “I’ll always tell them ‘thank you’ every time they share something or ask a difficult question. I’ve had lots of clients tell me, ‘I’ve never told my wife this,’ or ‘This is the first time I’m saying it, and it feels good to talk about this stuff.’ It’s hard for them to be vulnerable, to trust. They weren’t raised to do those things.”

This blog is excerpted from "Silent and Confused," by Lauren Dockett. The full version is available in the May/June 2018 issue, Men and #MeToo: What Are They Thinking?

Read more FREE articles like this on Sex and Sexuality, and Cultural, Social, & Racial Issues.