Teaching the Concept of Sexual Teamwork 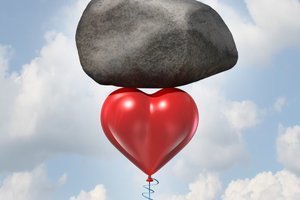 Some 20 or 30 years ago, it was assumed that 90 percent of erectile problems were caused by psychological or relational factors. But since our culture tends to veer wildly from one extreme to another, the majority view today is firmly in the opposite camp: faulty physiology is widely assumed to be the culprit. Luckily, there's been a neat, little remedy on the market since 1998: Viagra. Today it seems that the entire North American population not only knows about Viagra, but devoutly believes in its miraculous powers to restore the lost sexual vigor, and rigor, of youth.

Unfortunately, for the majority of middle-aged and older men experiencing problems getting and/or maintaining their erections, the drugs being promoted in the media are hardly a panacea. We've found that helping couples deal with erectile problems and other sexual realities brought on by the aging process has as much or more to do with their psychological and relational lives as it does with their physiological capacities.

Like the great majority of males, Bill learned from his first experience of sexual intercourse in his late teens that sex was powerful, self-validating, and completely predictable—desire, erection, intercourse, and orgasm followed each other as regularly, quickly, and easily as clockwork. Even more important for his masculine pride, his sexual response seemed entirely autonomous: his entire physical mechanism worked perfectly, almost regardless of the help or enthusiasm of his sexual partner.

Fast forward 33 years. Bill is 51 years old and has been married for seven years to 48-year-old, perimenopausal Cynthia (a second marriage for both). He's finding that his equipment is definitely performing below par. Like half of men by age 50, Bill has begun experiencing occasional difficulties getting an erection.

He'd experienced a similar problem once before, during his divorce 10 years ago. But when he met Cynthia in his mid-forties, the romantic love, idealization, and passionate sex recharged his batteries, and erections clipped along with the same dependable regularity that they had previously.

His distress over the renewal of his erectile difficulty was made even worse when Cynthia wondered out loud if it meant that he didn't love her or wasn't attracted to her anymore. So he began working harder to get hard, in a determined effort to show his wife that he found her to be the same sexy dish he always had. However, the attempt to will a great sexual performance brought a negative cycle of anticipatory anxiety, tense intercourse, more "failures," increased frustration, embarrassment, and, finally, avoidance of the whole miserable business. For Bill, sex was a pass-fail exam, and he was on the wrong side of the grading curve.

Believing, as many American men do, that a little pill would do the trick, Bill went alone to his internist to get some Viagra. His doctor made sure he had no systemic medical problems and then prescribed the medication without recommending any additional medical, psychological, relational, or sexual interventions. The doctor assumed that the pill, all by itself, would bring back the frisky, confident potency Bill had enjoyed earlier in life.

In fact, Viagra did improve Bill's erections, and he and Cynthia resumed intercourse. But the results were oddly disappointing. Because he wasn't entirely sure of the longevity of his new chemically-induced erection, he was in an anxious "use it or lose it" mode, and rushed to intercourse as soon as he got aroused. Good-sport Cynthia didn't want to add to his anxiety, so she didn't object to the speediness of the proceedings, but she found penetration, if not painful, at least uncomfortable when her body hadn't had time to "get into it."

Although Bill managed to achieve intercourse and ejaculate intravaginally about 70 percent of the time when taking Viagra regularly, the thrill was gone. Disconcerted and disappointed, within a few months, he stopped taking the pill and, once again, avoided sex completely. To Cynthia, he began to seem more emotionally aloof, as well—spending more time brooding alone. This is the outcome for a significant number of men. They feel like "Viagra failures" because their results didn't live up to the high-octane marketing hype that fills the media.

Cynthia felt emotionally rejected, sexually abandoned, and completely blindsided by the deterioration of marital sex and their entire relationship. In truth, they were both demoralized and caught in that most classic of couple's routines: the pursuer-distancer dance choreographed to a blame-counterblame rhythm.

In their initial couples session, Bill and Cynthia played out their roles to perfection. He said he loved her and would remain loyal, but insisted that she must accept the unalterable fact that he couldn't perform sexually in a way that would satisfy her. He also hinted that she was to blame—her pressure made him so anxious that it was no wonder he couldn't do the job.

Cynthia countered by pointing out that he not only avoided intercourse, but any physical intimacy or touching. Both looked sullen and defensive at this point in the session. They didn't project any sense that they belonged to the same intimate team, although they'd have to work together as a team if they wanted a sexually satisfying marriage.

Teaching the Concept of Sexual Teamwork

At heart, the problem was the disabling, but very common, belief held by both Bill and Cynthia that sex was zero-sum game, a win-lose athletic performance, measured entirely by the "success" or "failure" of the male arousal-intercourse-orgasm sequence. So the first step was to educate the couple to the amazing possibility that they could develop a new sexual style, replete with desire, pleasure, and mutual satisfaction—one that completely bypassed the old up-in-and-out model of sex that Bill (and, implicitly, Cynthia) believed was normal.

The advantage of the individual assessment sessions that followed is that they provided an opportunity to take a detailed sex history, which helped reveal each person's emotional and sexual strengths and vulnerabilities. Cynthia valued the special bonding and energy generated during sex. She missed this now, but felt powerless to influence Bill to reengage. The most striking thing revealed in Bill's individual history was how narrow his view of sex was.

The couple feedback session that came next offered a chance to help Bill and Cynthia create a new relational and sexual narrative based on a good-faith commitment to a sexual life focused more on intimacy, pleasure, and satisfaction than on intercourse per se. We gave them a psychosexual exercise to take home—a playful touching experience involving both nongenital and genital stimulation—saying that intercourse wasn't allowed for the time being. This introduced a new approach to lovemaking. Cynthia was enthusiastic when she heard about it, but Bill was dubious. He said he wanted intimacy and touching back in their marriage, but continued to be dominated by fear of intercourse failure.

Good Enough Sex (GES) therapy doesn't attempt to have the couple talk through their sexual impasses. Instead, it uses psychosexual skill exercises designed in session to eliminate performance demands on each partner: in this case, for Bill to get an erection and for Cynthia to get him hard.

In therapy, Bill and Cynthia learned how to build comfort with touch, both inside and outside the bedroom, how to take turns being stimulated, how to make verbal requests of each other, and how to "let their fingers do the talking." They explored Cynthia's patterns of receptivity and response. They created opportunities for Bill to "piggy-back" his arousal on Cynthia's—a totally new experience for him. At each session, they discussed the exercises they'd done at home and then helped formulate one or two additional psychosexual skill exercises to be tried as a team that week.

Like all men with erectile dysfunction we've seen for sex therapy, Bill disliked the idea of doing exercises that not only permitted but required him to lose his precious erection—to let it wax and wane—while he and Cynthia focused on pleasuring skills. But once the performance anxiety was removed in this way, he grew to enjoy the playfulness of sex and learned not to panic if his erection "took a break." He came to realize that if he stayed relaxed and open to sensual stimulation, his erection would generally return within a few minutes. Both Cynthia and Bill found the emphasis on intimacy and giving each other sensual and erotic pleasure to be a positive experience, which helped them feel like an intimate team again.

Because most men consider sex a highly predictable course of events—erection, intercourse, and orgasm—they often find it hard to get comfortable with a more flexible approach, and Bill couldn't have done it without Cynthia's support. Like most women, she'd learned a model of sexuality fundamentally different from that of men: viewing sex as an intimate, interactive, variable process. She and Bill were, in effect, learning together to practice a more traditionally integrated, balanced, "female" style of sexuality, which would age far better than his young-stud approach.

The focus in the GES approach is on changing and blending attitudes, feelings, and behaviors of the partners. Although in treating erectile dysfunction, the focus is more on changing the man's thoughts, behaviors, and feelings, the woman's role is integral to the model. Most women we've seen not only accept this approach, but welcome it because it's congruent with female sexual socialization and experiences. The model is congruent with mature male sexuality, too (unlike our culture at large, and particularly pop culture, which essentially exalts uncontrollable adolescent male sexuality as the only kind worth having). It honors sex as a means for the couple to use their bodies for pleasure, mature playfulness, closeness, and affirmation, while promoting feelings of desire and desirability and energizing their intimate bond.

This blog is excerpted from "Eros and Aging" by Michael Metz. The full version is available in the July/August 2008 issue, Ain't Dead Yet!: Against All Odds, Community Mental Health Fights to Hold Onto Its Vision.