What Has Psychopharmacology Taught Us?

And the Four Psychological Conditions We Now Know Are Lifelong Disorders 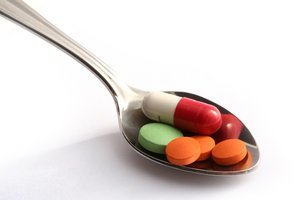 Even though lithium was around in the late 1940s, psychopharmaceuticals really began to reshape mental health treatment in the 1950s, when the first antidepressants, tranquilizers, and antipsychotic medications were discovered, mostly through attempts to treat other kinds of illnesses and accidentally finding that some drugs had an effect on psychiatric conditions. These meds were light-years ahead of treatments that had existed before, but they had a lot of side effects, especially the tricyclics and MAO inhibitors, which were really toxic if taken in overdoses. You could take a handful of Elavil, for example, and kill yourself.

The big breakthrough came in 1987, when Prozac, Paxil, and Zoloft came on the market. The major feature of this new generation of antidepressants was that they weren’t as toxic. You could take a bucket of Prozac, and it wouldn’t kill you. You might have the worst diarrhea of your life, but pharmaceutical companies didn’t have to worry about being sued over people using their product to commit suicide. In effect, this led companies to push these meds not just to psychiatrists, but to primary care doctors. So in the next five years, the stats show a fourfold increase in prescriptions for antidepressant medications from primary care doctors.

That began a revolution that changed the landscape of the mental health field over the next three decades. In 1998, 74 percent of depressed clients were being treated with antidepressants, and 75 percent were being treated with psychotherapy; but by 2016, 75 percent of people receiving treatment for depression were on meds, and only 43 percent were in psychotherapy. All this was happening at a time when the psychotherapies for things like depression and anxiety disorders were getting better and better.

The pharmaceutical companies— even though they didn’t have the research to show that the drugs were actually more effective than psychotherapy—watched Prozac become one of the most popular drugs ever, making billions of dollars, and they realized they had a gold mine. Then managed care and HMOs took advantage of this, because sending people to primary care doctors costs them a lot less money than sending people to psychiatrists. Not surprisingly, however, studies show that the outcomes for people treated for depression by primary care physicians are very poor. Furthermore, most primary care doctors don’t refer people for psychotherapy. So while this is a cost-saving solution for managed care, it hasn’t been good for the overall quality of mental health treatment and psychotherapists’ livelihoods. Today, about 85 percent of drug prescriptions for anxiety and depression come from primary care doctors.

The SSRIs were touted as user-friendly drugs, but over time, unwanted side effects have become apparent. All the antidepressants except Wellbutrin have significant effects on serotonin and can cause sexual side effects. About 25 to 30 percent of people on SSRIs complain that while they maintain the capacity to get aroused, they can’t easily have an orgasm, which causes many of them to stop taking the medication. A side effect of taking SSRIs long-term that’s even more concerning and hasn’t gotten enough attention is the blunting of affect. It usually doesn’t happen right away, and it’s so gradual that sometimes people can’t tell what’s happening until they wake up one morning and say, “You know, I just don’t feel good.”

Two things are going on here. One is apathy, just not having a sense of energy to get up and do stuff or get excited about things. The other is feeling emotionally numbed out. This is underscored by an inability to cry, which is obviously an important and healthy human emotion. In a New Zealand study, 24 percent of the people who responded well to an antidepressant with reduced suicidal ideas and depressive symptoms said they felt numbed out, and another 36 percent said they felt severely blunted. In effect, more than half were saying, “I’m grateful I can get out of bed every morning, but although I’m not going to kill myself, I just don’t feel like myself.”

In the early ’90s, another major wave of drugs became ascendant among prescribers. These were the second-generation or newer antipsychotic medications. They were popular because they were much less likely to cause severe problems like tardive dyskinesia and Parkinsonian symptoms, and they were especially good for treating schizophrenia as well as acute mania. But over time it emerged that at least half of them could create metabolic symptoms, changes in blood glucose levels, increased rates of diabetes, and increased cholesterol and triglycerides. It doesn’t happen within weeks or months, but the long-term increase in heart attacks and strokes is a serious problem.

More recently, psychotherapists, especially in Europe and Canada, have made big strides in integrative treatments, which include bright-light therapy and circadian stabilization, as some people now say that mood disorders are in part a disorder of circadian rhythm. There’s also been more interest in diet and nutritional approaches, which include taking folic acid and omega-3 fatty acids, as well as exercise.

This comes at a time when evidence is increasing that conditions like panic disorder, OCD, generalized anxiety, and social anxiety are really chronic conditions that don’t just get better over time: they’re lifelong disorders that ebb and flow. We have good drugs for them, but when most people stop taking them, the symptoms return. Psychotherapeutic approaches, especially CBT and exposure therapy, show better outcomes, but they require the client to do a lot of homework and hang in with exposure work that can be difficult. Still, the results for more than 80 percent of those who complete treatment can be more or less permanent. Despite all this, psychiatrists almost exclusively promote the use of medications, while nonmedical practitioners typically advocate treatments that don’t involve drugs. This is an ongoing polarization within the field.

Another issue that’s gone largely unrecognized and will profoundly affect the future of mental health treatment is that fewer and fewer medical students are signing up for psychiatry as their specialty. Over the last 20 years, their number has dropped by 50 percent. Currently, about half the psychiatrists in the United States are over 60—which means they’re on the cusp of retirement—while more primary care doctors are prescribing meds. Young physicians, it seems, aren’t interested in going into psychiatry because it doesn’t pay as much as other specialties, and all you’re doing is giving out pills. I know two psychiatrists who started their career using medicine and doing psychotherapy, but now the only thing they get reimbursed for is handing out drugs.

As for new approaches in psychopharmacology, a couple of interesting developments are focusing on finding neurochemical targets in the brain that are different from those used by current meds. The drug that’s probably gotten the most attention is the anesthetic ketamine, given in very low intravenous doses. For some people, it seems to have a remarkable, fast-acting effect on extremely severe depression. It doesn’t target serotonin or norepinephrine at all, the usual suspects in drug treatment. Instead, it targets the neurotransmitter glutamate. Although the issue of side effects, especially liver problems, is a source of concern, people are excited about the prospect of finding the holy grail for treating anxiety and depressive disorders with a drug that works within hours.

One last thing that’s looking promising is the recent finding that up to a fifth of people who have chronic or recurring depression may have underlying chronic inflammation. When they’re treated with large doses of anti-inflammatories, the depression goes away. This is absolutely experimental, but I think the cutting edge of psychopharmacology this year will be inflammation.

Ultimately, while psychiatric drugs do save lives, the fact remains that integrative treatment (psychotherapy, lifestyle changes, exercise, and sometimes medications) works best. It behooves us to give our clients the best we have to offer, which involves much more than just offering pills to temporarily relieve symptoms. While the economics of mental healthcare keep oversimplifying treatment and emphasizing the power of the magical pill, research continues to show that the most effective approaches pull out all the stops and tackle mental illness on multiple levels.

So wrong!!! All disorders can be cured.

Wondering where the section on the four conditions we now know to be live long is? It's mentioned in the title but nothing in the article?