The Healing Combination of Therapy and Disaster Relief

Fifteen years ago, psychotherapist Jeffrey Kottler never imagined he’d be stuffing nine duffel bags full of antibiotics and suture kits for a return trip to Nepal. But since founding Empower Nepali Girls (ENG) to provide scholarships to at-risk children, he's returned to the country several times each year with a small team to rescue girls from probable futures in sex slavery, putting them on the path to careers in medicine, engineering, and teaching. And Kottler isn't alone in his relief efforts. In fact, many therapists are redefining what it means to create a connection, the resulting product being an uncommon blend of therapy, relief work, and social justice advocacy. Here are a few of their stories.

Public School 48, where I’m on staff as a social worker, sits on a block between a juvenile detention center and a strip club. I became a social worker because I wanted to directly address the problems---truancy, childhood depression, and the overwhelming responsibilities of being an older child raising siblings---that were keeping them from functioning well in school. My current job is to counsel children with Special Education Services, as well as to handle the daily emotional crises that arise in a place like PS 48. A week of work can be exciting, frustrating, and often hair-raising---anything but boring.

Why Therapists Should Give Clients' Marriage a Second Chance

William Doherty on the Merits of Discernment Counseling

This wish for a permanent mate isn’t surprising, given the perennial human longing to know that someone is there for us as we age, whatever happens---and that means there are no quick, guilt-free exits. Life is complicated, and divorce is sometimes necessary, but why not, in the words of poet Dylan Thomas, “rage, rage against the dying of the light,” instead of simply moving on because the current marital house would take too much work to restore and the one down the street looks better?

Putting Divorce on the Table in Couples Therapy

Some marriages' endings have broken my heart, made me look hard at my technique, and wonder what I might have done differently. But when I believed the couple, the therapy, and even the children were better served by the partners’ letting go, I’ve breathed a sigh of relief. In other words, I don’t see my job as stitching every couple together no matter what. Sometimes, in fact, my job turns out not to be forestalling the dissolution of a family, but facilitating it.

Mind-Mapping: The Spark in Couples Conflict?

David Schnarch Explains How to Look for Mind-Mapping in Therapy

Rather than being triggered by fear, shame, or insecurity, some people do hurtful things with impunity and entitlement to gratify their own needs and wishes. In marriage, they’re engaging in the form of relationship with which they’re most familiar, one that, in fact, they prefer. The key to grasping the roots of this “inner game” is to understand the brain’s ability to map another person’s mind---what I call “mind-mapping. Marriage is inconceivable without some degree of mind-mapping: you need it to understand wants and desires. Of course, it comes in handy if you want to be a good liar, manipulator, or adulterer. 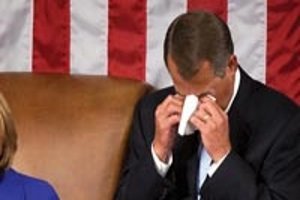