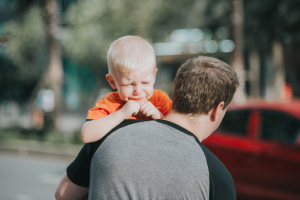 What to Do When Traditional Parenting Rules Don’t Apply

On top of losing faith in a secure future, mothers and fathers deal with everyday dilemmas that make a joke of traditional parenting rules and childrearing practices.

Bullying in Schools: What to Do When Officials Can’t Help

As Parents Become Frustrated with Officials Who Can’t Help with Bullying in Schools, They Turn to Another Source

Almost nothing evokes more fear and dread in parents today than the omnipresent specter of social cruelty and bullying in schools.

Ron Taffel on What Families Can't Function Without

The days of children being seen and not heard are long gone. Now, however, kids and teens are increasingly expressing themselves through extensive online social networks, which open them up to new spheres of influence that challenge parental authority in an unprecedented way.

Getting Past the Myth of Therapist Neutrality

As a graduate student, I'd done individual counseling before, and had worked with parents and kids, but had never worked with a couple. Thirty minutes into the first session, when I was lost in the midst of a meandering series of questions, the husband leaned forward and said, "I don't think you know what you are doing." Alas, he was right. Naked came the new couples therapist.