January Quandary: Should I Keep One Partner’s Secret in Couples Therapy?

Mark and his wife, Nicole, have been in couples therapy for almost six months. But Mark recently requested an individual session, where he revealed he recently shared a kiss with an old girlfriend and has plans to rekindle their friendship. He's asked his therapist to keep the whole thing a secret. Here's how five clinicians say they'd tackle the situation.

The Meaning Behind Money

Getting to the Root of Couples' Arguments about Finances

By Sally Palaian - These days, couples often come into therapy with problems related to their finances. Here's how to distinguish between money difficulties caused by the economy and those that are more psychological in nature.

Sex and relationship therapist Stephen Snyder talks with Psychotherapy Networker's Lauren Dockett about three simple things to do when you find yourself becoming a client's "accidental sex therapist."

VIDEO: Esther Perel on How to Talk with Men About Intimacy

Framing Intimacy as a Regular Part of Life

It's not always easy to get men to talk about intimacy and sex. But according to renowned sex therapist and author Esther Perel, there's a way to weave questions and observations about sexuality throughout your dialogue with reticent male clients that expands their understanding of its significance in all aspects of life. 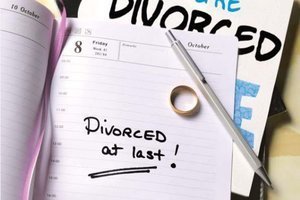 Why We Shouldn't Be Neutral about Divorce

Divorced Couples Are Saying Something Important about Regret

Putting an End to the Blame Game

A Tool for Helping Partners See Both Sides

By Alicia Muñoz - Giving up being right doesn’t mean you give up your convictions. It means honoring a multiplicity of viewpoints. Rumi says, “Somewhere beyond right and wrong, there is a garden. I will meet you there.” For couples, this garden is their relationship.

By Esther Perel - For several years, I've been contacting couples I've treated to find out more about the long-term impact of the infidelity that brought them to therapy. What were the useful shock absorbers that sustained the couple? Did they think that therapy had helped? I identified three basic patterns in the way couples reorganize themselves after an infidelity.

VIDEO: Esther Perel on the New Rules of Love and Commitment

Couples therapist Esther Perel has been recognized as one of the world’s most original and insightful thinkers about couples, sexuality, and the peculiar paradoxes besetting modern marriage in the Western world. In this clip from her Networker Symposium keynote, she talks about the complicated and contradictory needs that are shaping Millennial marriage and commitment today. 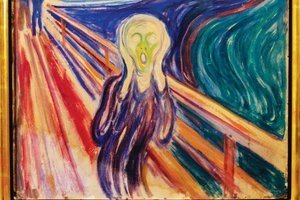 By Susan Johnson - Neuroscientists have recently established emotion is the prime force shaping how we cope with life’s challenges. Psychotherapists are beginning to learn how to work with emotion, rather than trying to control it or creating change through purely cognitive or behavioral means.

Esther Perel on the Paradox of Masculinity

By Esther Perel - Feminism has given women a new narrative, but it hasn’t offered men a particularly new one that they can identify with. Ultimately, the lives of women will not change until the lives of men come along. What can therapists contribute to the current conversation about our gender politics and the meaning of masculinity and femininity today?