Does Your Child Need Moral Guidance?

The Four Components of Conscience 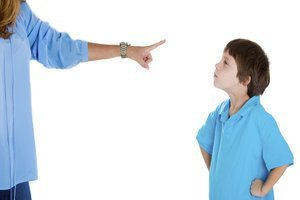 Q: Recently, I’ve seen a number of parents in my practice who worry about their young children’s lack of remorse or empathy when they hurt someone. They fear their children are budding sociopaths. I’m not sure how to reassure them—or even if reassurance is the most appropriate response.

A: Though you may have to dig for examples, most children have some capacity for empathy, cooperation, and kindness. A few minutes of family observation or talking with parents is usually enough to rule out the rare diagnosis of sociopathy. Even when children are quite aggressive and have difficulty with emotional connection, the situation is usually subtler than that extreme label suggests, so reassurance is certainly in order.

However, because most parents are really asking if their child will be a kind, thoughtful, and law-abiding adult, I usually combine reassurance with acknowledgment that their concerns are serious—and the sooner they’re addressed, the better. As we shift away from fears of sociopathy, I aim to help parents understand the complexities of moral development through a four-part model of the conscience.

• Moral Knowledge starts with rules of appropriate behavior and develops over time into a deeper understanding of basic ethical principles.

• Impulse Control refers to the ability to refrain from unacceptable behavior, not an absence of impulses.

• Inner Guidance is the capacity to take moral responsibility, repair interpersonal rifts, and do good for its own sake, not for a reward or avoidance of punishment.

• Empathy and Compassion encompass the transcendent level of moral awareness that takes us beyond the self, leading us away from callousness, cruelty, or using others for our own gain.

A great deal of parental worry comes from not realizing that these four aspects of a healthy conscience develop unevenly and that the road to morality is slow and bumpy. Many children understand what’s right, but can’t muster the self-regulation to do it. Children with out-of-control impulses may feel guilty about their behavior, or they may justify it as completely reasonable. In short, conscience doesn’t grow like a tree, steadily outward and upward. Instead, a child’s degree of moral knowledge and impulse control can be tenuous, slipping away when emotions are strong. A surge of jealousy, for example, can make a child forget the rule about hitting the baby.

Many parents need help fostering their children’s healthy conscience development, especially when their own inner guides are overly punitive or overly permissive. As in all aspects of parenting, connection, playfulness, and humor go further than punishment, moralism, and lectures. Below are some specific scenarios to help parents based on the four-part model.

You know you’re not supposed to hit your brother. There’s knowledge, and then there’s access to knowledge. Parents often experience more empathy and understanding once they realize that children who are emotionally flooded can’t access the higher thought processes and moral knowledge controlled by the cerebral cortex. The more recently this knowledge was acquired, and the more activated the limbic system, the more likely that knowledge will fly out the window. To bring the information about rules (and the desire to follow them) back online, children need to be soothed, rather than scolded. Punishment just makes children lose access to their cortex more often and for longer periods. Parents benefit from a gentle reminder that grownups’ moral knowledge can go offline, too, making them forget what they know about effective parenting.

I told you a hundred times! Moral behavior is quite complex, and mastery takes hundreds or thousands of repetitions, reminders, and practice sessions. I remind parents that they didn’t expect their child to walk without ever falling, or to read without ever making an error. Social and moral behaviors such as sharing and following rules are much more complicated and take even longer to master. Thus, when an error occurs, I recommend parents swoop a child into their arms and say, in as light a tone as possible, “I just can’t believe that happened again! Let’s go over those rules one more time.” It’s best to say this with a hearty smile, which I call the you’re-not-in-trouble smile, because children can’t reflect well or internalize values when they’re afraid of judgment or retribution. Many parents fear that love and empathy after a transgression is rewarding bad behavior, but it actually restores connection, the cornerstone of moral development.

How Kids Apply (and Sometimes Forget) the Brakes

Control over impulses is a work in progress. For an inner guide that’s strong without being harsh, children need the opportunity to develop mastery over impulses without being overloaded with shame, humiliation, scorn, or guilt. That requires limits that are set with love as well as firmness.

She should’ve known better. Parents say this all the time, but it doesn’t fit within the four-part model. Either the child didn’t know—which is a moral knowledge issue—or the child knew but her impulsivity or emotionality overrode that knowledge—which is an impulse control issue. The first child needs patient and loving repetition to grasp the rules fully; the second child needs a stronger sense of security to help regulate emotions and harness impulses.

He was deliberately defiant. Parents need help recognizing that punishment is often the root cause of defiance, not the solution to it. When moral restrictions are too harsh, children often attempt to regain a sense of control and agency by defiance—at least they can decide when and where the axe will fall. Children with overly permissive parents may defy rules so as to locate the slippery limits. With these families, I often recommend that parents practice in the mirror saying “no” in a relaxed but firm voice—to separate limit-setting from harshness.

Say you’re sorry. True empathy and genuine remorse can’t be forced. In fact, some children refuse to apologize insincerely. These children tend to be especially sensitive, but are often accused of lacking empathy. For example, my 12-year-old client Victor was frequently in trouble for bumping into people (he had some sensory-processing difficulties) and in even bigger trouble for not saying he was sorry. The staff at his school insisted he had no capacity for empathy—which alarmed his parents, who called me. In just a few conversations it became clear that Victor would withdraw emotionally whenever someone was mad at him, and clammed up entirely when adults pressured him to apologize. This pressure activated his strong need for autonomy—which led him to refuse to apologize. His coldness looked like an absence of remorse, but it wasn’t. When given enough time and space, Victor had a keen sense of moral responsibility and a deep well of genuine empathy.

Of course, we all need to learn social lubrications such as “Thanks for the lovely sweater,” but we also need to honor children who are more loyal to authenticity than to social graces. Instead of a forced apology, I like to say to children, “We need to make this right. Does anyone have any ideas on how we can do that?” That formula allows for both relationship repair and emotional authenticity.

Since moral development is deeper than simply who did what to whom, one of my goals is to help parents look beneath their children’s misbehavior. The first time I met Ted was on a home visit. As I stood in the doorway, his mother held the family dog, who she said was protective around strangers. Ted gave me a broad smile and said to the dog, “Sic him!” His mother was mortified. I jumped back in mock fear and pretended to cower behind the coat rack. Ted laughed, and we ended up having a great time playing, and a productive therapy. First, though, I had to help Ted’s mother understand that he wasn’t a cruel and heartless sadist. I believe that Ted was simply revealing his inner struggle with aggressive impulses, as well as checking me out, and—like the dog—protecting his mom.

Once he saw the superiority of aggressive play over real aggression, he dropped the cold and heartless façade and found a new way to engage with the world. Like almost all the children we see, Ted wasn’t a budding sociopath in need of a firmer hand, but an overwhelmed little boy who needed to be mirrored and understood without judgment or shame.

Lawrence Cohen, PhD, is a psychologist in Boston. He’s the author of Playful Parenting and The Opposite of Worry and the coauthor of books about roughhousing, teasing, bullying, and children’s friendships.

This article is excerpted from "Don't Hit Your Sister!" which appeared in our September/October 2015 issue, Self-Compassion: Self-Indulgence or Self-Healing?