Esther Perel on the Lives of Men

Creating a Space in Therapy to Discuss the Paradox of Masculinity 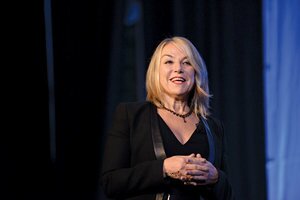 The view that both masculinity and femininity are ultimately social constructs containing many mixed messages and contradictions has become part of everyday therapeutic discourse. And a key element in this reexamination of gender identity as a therapeutic issue is the idea that while men may not express their vulnerability and desire for intimacy in the same way as women, they nevertheless possess an emotional depth that they’ve been raised not to plumb.

Here, couples therapist Esther Perel offers her perspective on how therapy has evolved in its exploration of the role of gender identity and where we need to go from here.

Psychotherapy Networker: In the 70s, 80s, and early 90s, the watchword for the intellectually adventurous in this field used to be context. Whether it was about gender, race, or class, a lot of conversation centered around how the larger dimensions of identity and culture were relevant to therapy. But that focus on context has seemed to fade over the years. What happened?

Esther Perel: It’s all part of a pendulum swing. Years ago, Salvador Minuchin, the father of structural family therapy, taught us about the importance of context in his work with delinquent boys at the Wiltwyck School. He found that the boys who’d changed their behavior at school soon regressed after being sent home and returned to the context of their family and neighborhood. He showed how we needed to understand that behavior wasn’t something intrinsic within the child, but something dictated by the context in which they lived. So we began to look less at what caused the problem and more at what maintains it. In other words, we looked at how the system was organized.

But as exciting as the family therapy movement was, it underrepresented the psychology of the individual. So the next generation of therapists came along and said, “We need to reinstate the individual,” and that was an important corrective that was simultaneously reinforced by the hyperfocus on individualism in society as a whole. The pendulum swung strongly in the other direction. As a result, our field, like the rest of society, was inducted into the point of view of the individual, too.

Perel: I think it’s time for us to find a way to unite context with individualism. There have been many recent changes in the social and political landscape that we can’t ignore. We realize that we’re not shielded from the rise of authoritarianism. The 2016 election showed those of us who live in liberal enclaves, which includes the majority of therapists, that our social institutions no longer seem so solid, and that we inhabit a restless and anxious world, where our problems can’t be separated from the social and economic crucible in which they occur. Although we promote curiosity, flexibility, uncertainty, and complexity—and aim to introduce that in the lives of our clients—it’s not evident in ours.

Even the #MeToo movement risks perpetuating an understanding of sexual misconduct from an individualistic point of view: justice is not achieved by punishing a few bad apples while we, as a society, ignore the institutions that sustain a culture of harassment.

The focus on individuals like Harvey Weinstein and other predatory men just creates a colony of lepers whom we can blame for the problem. Now, more than ever, we need a multidisciplinary approach that looks at the root cause—where the context meets the individual. We need to bridge the gap, and we need to ensure that our work engages with the current social woes as much as we engage with the individual.

PN: You recently hosted a conference called “The Masculinity Paradox.” What’s the paradox you’re referring to?

Perel: While we focus extensively on the power of men and the privilege of men, we pay much less attention to the fragility of male identity as a constant pursuit and a defense. We’ve never had more of a need to define what makes a man—and we’ve never had less of a means to do so. Our culture of male privilege so deeply informs how manhood is performed that questioning it can feel like a terrifying loss of core identity to some men. That’s why it’s important to recognize that the driving force here is not misogyny, but the fear losing something that’s fragile.

Rethinking masculinity today doesn’t come out of nowhere. It’s happening because the dominant model has revealed its limitations. In our current world, where the boundaries and distinctions have become more diffuse, it’s become hard to know what it means to be a man, and even harder to feel good about being one. If the 20th century is the century where women made major changes, the 21st century will be the one where the men adapt to the changes women have made. Women have had 50 years to question the narratives of their identities both at home and at work. But ultimately the lives of women will not change until the lives of men come along.

PN: How do you make the bridge between the understanding of large cultural and social forces like patriarchy and your practice as a therapist?

Perel: A question that I ask all the men I work with, be it in groups or individually or in relationships, is “What part of your identity have you chosen and what has been given to you?” I try to show couples how the patriarchal social system intimately affects both men and women, how they both carry a code that defines manliness as fearlessness, stoicism, and self-sufficiency. Women internalize and perpetuate this code no less than men, although it’s not often acknowledged.

Mothers play a large role in teaching their sons the code and encouraging them to hide their early capacity for being emotionally perceptive, vulnerable, and responsive. They tend to overestimate the physical process of very young boys, down to the kick of a male fetus. They’re the ones giving boys the bigger piece of meat. Research by Carol Gilligan shows that by the age of four, mothers touch their sons less than they touch their daughters. And of course, starting in preschool, boys learn to align their behaviors with the male stereotype our culture projects onto them.

As therapists, we rely on the verbal cure, but when it comes to loving relationships, “talk intimacy” inevitably leaves many men at a loss. As a result, many therapists view men as suffering from a chronic intimacy deficiency that needs ongoing repair. Some have even accused therapists of further perpetuating the “feminization of intimacy,” which relies heavily on verbal self-disclosure of emotions, which favors the woman. A question that fascinates me is, how do we move beyond that as a field? The point of questioning modern masculinity and having conversations about the intimate lives of men should not be to strip men of their maleness. It needs to be about allowing men to be richer and more complex human beings.

In this moment, we have a unique opportunity to create the space for those conversations. Something fundamental has shifted. Historically, patriarchy has been a binary system rooted in the idea that men are more—more creative, responsible, rational. It presumes a hierarchy that men didn’t need to question. But then women began to enter into the spaces previously dominated by men, and showed that they could perform as well as men, and it called into question this traditional hierarchy and challenged the idea that nature was the primary marker of destiny.

This blog is excerpted from "The Masculinity Paradox." The full version is available in the January/February 2019 issue, Can't See the Forest? Maybe It's Time to Get Out of the Office.

I hope this article is NOT taken as "a very encouraging set of messages for therapists trying to bring a sense of social justice to couples therapy" with the particular issue that preoccupies the above commenter. No exact approach towards "social justice" was offered, but I would be concerned if, instead of encouraging vulnerability, we were to use our therapeutic space like a courtroom to hold individual men accountable for the overall social milieu they have been swimming in. Any demand for "social justice" would foment defensiveness instead of the mutual empathy that Perel is painstakingly trying to draw out. After the previous commenter, this becomes relevant: https://malepsychology.org.uk/2018/12/04/why-are-there-so-many-disagreements-about-gender-issues-its-usually-down-to-gamma-bias/ I can see men (e.g. many bachelors) who perform emotional and economic self-sufficiency to the world, but not at the expense of significant unacknowledged, and vigorously denied physical and emotional labour of women. I can also see some men required to perform emotional and economic self-sufficiency to the world, though their own physical and emotional labour in doing so is unacknowledged and vigorously denied. I can even see many coupled men going beyond that, providing economic support to others that they may feel is under-acknowledged. And I hope other therapists can see those things too, in addition to the many injustices often suffered by women. I thought couple therapists, of all people, would realize that arguments over which gender's plight is worse are not going to be helpful, not in a general forum and especially not in a particular couple's therapy. If I understand Perel's point, it is that the presumption that men are "naturally" complicit in inflicting deep wounds in women while they do not suffer themselves must be addressed if we are to shift away from any damaging and unsustainable patriarchal contract. Perel makes clear that men are already alienated from the therapy process and asks "how do we move beyond that as a field?" The above commenter does not show interest in that goal, but seems to promote the contrary.

This is a very encouraging set of messages for therapists trying to bring a sense of social justice to couples therapy. When I read the statement by "I try to show couples how the patriarchal social system intimately affects both men and women, how they both carry a code that defines manliness as fearlessness, stoicism, and self-sufficiency", it raises the issue of female expenditure of time and energy required for the performance of male self-sufficiency. Again and again I see men who perform emotional and economic self-sufficiency to the world, but this performance comes at the expense of significant unacknowledged, and often vigorously denied physical and emotional labour of women. The presumption that women will "naturally" take care of others is the fuel for male's supposed self-sufficiency and this unseen labour is a deep wound that must be addressed if we are to shift away from the damaging and unsustainable patriarchal contract for heterosexual partnerships.