Athletes Get Real About Mental Health

What’s Behind the Recent Slew of Confessional Essays? 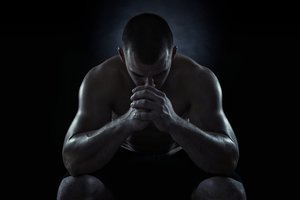 Michael Phelps, the most highly-decorated Olympian of all time, has ADHD and intermittent depression. Phelps thought about killing himself after the 2012 Olympics, where he won four gold and two silver medals. In a Sports Illustrated piece, he came clean about his challenges after multiple DUIs resulting in 18 months of probation made the news.

Hope Solo, two-time Olympic gold medalist with the US Women’s National Soccer Team and one of the best goalkeepers in the world, was arrested for domestic violence after allegedly assaulting a half-sister and nephew. The case was dismissed but other family troubles hit the press and Solo started seeing a therapist to address “all the pain and anger that was inside me.” Eventually, she talked with ESPN about her rocky upbringing and her introduction to therapy.

Solo’s former teammate Abby Wambach, commonly portrayed as the team’s passionate goofball, went public with the depression and addiction issues she’s been dealing with for decades in a memoir she published only after her arrest for a DUI. In an interview with the New York Post a couple of years later, Wambach posed a hypothetical: “Could I have been a better soccer player if I just really dealt with some of the stuff that I was going through?”

The coverage of these athletes’ struggles followed a similar route. Unwanted and salacious stories came first, hinting at the deeper concerns behind the athletes’ public troubles. Those were followed by lengthy, compassionate interviews or books where the pros copped to their demons.

But in a recent and telling twist on this chain of events, a growing list of professional athletes, many of whom haven’t been implicated by public misbehavior, have begun wresting control of their stories’ narratives and going public with personal mental health concerns all on their own.

It’s stunning to read such unflinchingly honest details from members of an elite segment of society who have historically been sent up as untouchable heroes, whose salaries and endorsements are commonly in the tens of millions, and for whom the pressure to be mentally tough, laser-focused, and uber-marketable has kept the private, messy stumbles of interior life and its darknesses out of their public profiles.

Fans and non-fans alike might be right to ask, what’s afoot? Why are these athletes opening up in this way, and why are they doing it now?

Mitchell Greene is a clinical and sports psychologist and triathlete. He believes that Phelps telling Sports Illustrated about his DUIs, depression, and suicidality was a “game changer” for the world of sports, adding this recent spate of confessional essays “have revealed things that have never been discussed in public before. Professional athletes now have a forum to speak directly to the public, through social media and blogs. They’re pulling the curtain back on what it’s been like to be a professional athlete. And that it’s not pretty at times. In many cases, these athletes are still kids with huge amounts of pressure, stress, and expectation on them.”

Greene works a good deal with elite college athletes, for whom, he says, depression and anxiety “are at epidemic proportions right now. Sometimes it’s clear that the athletes struggled with it their whole lives and it’s manifesting now under the gaze of more intense media scrutiny because they’re becoming more well known in college. Or, they’ve been an athlete in high school and been really successful and now they’re in a college where everyone is so darn good.”

He’s happy to note that in his work on college campuses there’s also been a shift in attitude about mental health.

“Several years ago, the National Collegiate Athletic Association (NCAA) put down a series of recommendations for Division 1 sports programs across the country to pay more attention to mental health. They also had some athletes tell their own mental health stories.”
Greene will quote directly from these stories to help normalize mental health issues for the athletes he counsels. College athletes going public with their stories in the way pros have recently is something, he says, that’s “about to pop.”

Aren't Athletes More Mentally Fit Than the Rest of Us?

Ask any therapist and they’ll tell you public success and the need for mental health help aren’t mutually exclusive. But sports, where mental toughness can make the difference between a win and a loss, has always seemed like a special exception. Don’t these athletes possess a kind of mental acuity lay people don’t?

Caroline Silby is a clinical and sports psychologist and former member of the US National Figure Skating Team. She’s counseled a long list of Olympians and world and national champions, and is quick to point out that studies of collegiate athletes have shown that one in four will experience depression: a rate comparable to that of the general population.

“It can be difficult to imagine that a person who can produce so much success on the athletic field would experience anything other than pleasure, pride, and an unending supply of self-confidence. But mental health issues don’t discriminate,” Silby says.

Though she’s supportive of the recent trend of athletes telling their mental health stories, Silby says, “depression and mental health concerns are still a bit of a ‘dirty secret’ in sport. Elite athletes can have difficulty accepting emotional struggles and seeking assistance. However, the hopeful part is that once they do seek assistance, they often apply their sports work ethic to their emotional recovery, making progress more likely.”

“The millennials are experiencing high rates of depression and anxiety, with some studies indicating this is due to high levels of perfectionism—a quality that most high achieving athletes possess,” she says.

That perfectionism is mercilessly tested as social media captures every slip-up on the way to perfecting their sport and applying to colleges. “It’s challenging for teens to maintain a growth mindset when each mistake, misstep and accomplishment is posted and judged.”

Silby believes that those in positions of power in athletics need to be getting and sharing the same supportive messages about mental health with their athletes. “Communication around this topic needs to be clear, consistent and coherent amongst all constituents it impacts: parents, athletes, coaches, managers, sports medicine teams, officials, athletic directors, leagues, and the National Governing Bodies of Olympic sports.”

Can Athletes Heal and Play at the Same Time?

When athletes are ready to take advantage of this greater mental health awareness and help, how do sports and clinical psychologists treat them, especially when they’re at the height of their powers? Aren’t these clients expected to recover quickly from injuries? How could they resolve deep depressions or significant anxiety or trauma on a season’s timeline?

“Athletes have real concerns about taking time off to deal with anything other than a physical injury, and as a result, mental health issues may end up being dealt with in the short-term, from game to game or event to event, as opposed to the long-term care that may be warranted,” says Silby.

Greene says he’ll often work with his athletes through the season but has been pleased to see that “those whose mental health concerns are so severe that they have to take time off and come back home and work on themselves are generally welcomed back. Coaches are okay with that. Players who play with them are almost always okay with that. Look at Kevin Love (an NBA star who recently went public with a panic disorder), he’s still in the playoffs as we speak.”

Greene also says that fan responses to these athletes’ confessions have been very supportive. “Everyone in our general population has someone they know who’s struggling with mental health in one way or another. Of course, letting down fans is an athlete’s biggest fear, but it’s been remarkable how that hasn’t been realized.”

Despite this warm embrace, are there still times when a struggling athlete should just walk away from the high expectations and stress of elite sports?

“There are times when they should just stop,” Greene says. “In counseling I sometimes ask these athletes, ‘Is it worth it? Is it time right now to take care of your sport or is it time to take care of you? To start discovering other parts of yourself or your life?’”

Along with allowing athletes to walk when they want to, Silby thinks an essential part of keeping athletes healthy is getting them preventive mental health care early on. She wants to reposition the definition of athletic success from a “win-at-all-costs” mentality to “the development of healthy and empowered people who also happen to have athletic outcomes that match their capabilities.”

Getting there, she says, includes elements of prevention, better mental health policies in the sports world, tracks for treatment upon diagnosis that are set and understood by all involved, and support for the inevitable post-sport transitions into civilian life.

In the meantime, fans can hope to hear more honesty from brave athletes sharing their whole selves.

As NBA player Kevin Love said in his essay “Everyone is Going through Something,” “Not talking about our inner lives robs us of really getting to know ourselves and robs us of the chance to reach out to others in need. So if you’re reading this and you’re having a hard time, no matter how big or small it seems to you, I want to remind you that you’re not weird or different for sharing what you’re going through. Just the opposite. It could be the most important thing you do. It was for me.”

Lauren Dockett is a writer for the Networker.

Read more FREE blogs like this on Cultural, Social, and Racial Issues.

I would like to know your opinion on what the governing bodies of these programs and competitions do to help athletes with their mental health other than writing a public statement that "we need to do better".