My Nightmare Client, My Greatest Gift

Sometimes Our "Worst" Clients Are Our Best Teachers 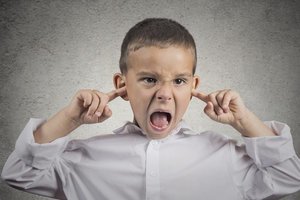 The challenging case that ambles through the thickets of my mind is Brian Stanley, a furious and terrified 11-year-old boy I've known well for six years and am still wrangling with every couple of weeks. Befitting my more deliberate gait, ours is a story of incremental healing and occasions for small hope.

Brian was adopted during his first year after enduring both abuse and neglect. His struggles now result from an unrelenting assault from physical, emotional and behavioral problems. He has had specialists of every stripe evaluate him and he carries multiple diagnoses—Reactive Attachment Disorder, ADHD, Oppositional Defiant Disorder, various affective and anxiety disorders, features of both Bipolar Disorder and Obsessive-Compulsive Disorder—but none that fully captures his complexity. He has sensory integration deficits, and severe somatic concerns—irritable bowel, allergies, atopic dermatitis, asthma and migraines. He lives almost constantly within a cycle of defiance and shame. He suffers visibly—his fingertips are raw from nervous gnawing. We've tried every conceivable medication, albeit unsuccessfully, to ease his psychic pain: Zoloft, Prozac, Imipramine, Paxil, Depakote, Clonidine, Tenex, Risperdal, Olanzapine, and Tegretol. Brian is the most tenacious, rebellious and frustrating kid I have ever met.

I'm playing a kind of therapeutic slot machine, working with Brian. I still wish the rewards would arrive more predictably for us both, but it's never been that way. Maybe I'm just a gambler at heart, and that's why I love him. Over the long haul, I keep pumping the coins in—time, energy, faith—betting that at some point, though I don't know when, I'll get back an indication that my efforts are registering—a little private jackpot. Day to day, though, I'm learning to be more satisfied with small winnings.

And as Brian gets bigger, the stakes are getting higher. Now his irritable bowel is worse than ever. Brian's mother called me with the latest crisis. He's willing to engage in a power struggle even with his rectum it seems, holding off going to the bathroom for a couple of weeks at a time. The stomachaches he gets make him edgy and grumpy, but he gives "stubborn" a whole new meaning. He won't talk with me about this. He gets belligerent when I mention it, saying, "There's nothing wrong with my stomach, would you just shut up?" And he won't take any medicine.

Mrs. Stanley only calls when Brian's having a particularly tough stretch; she keeps the day-to-day struggles—getting him up and dressed, to the bus, to the table, to the sink, to bed—to herself. But she called the week school started and Brian was having meltdowns at even the mention of homework. She called when his case aide of a year left and when he was spewing expletives at his beloved grandmother. She called the day after she found him in the kitchen at 3:00 in the morning frantically making random long-distance phone calls—he reached Brazil before she got there—in a manic reaction to the latest unsuccessful medication we were trying. She's asked for help when he couldn't get dressed in the morning because his socks didn't feel right; after he bullied and hit his playmates and they refused to come over anymore; and when Brian has talked about killing himself. She's asked me to explain to each of the aides who have come and gone that being firm and confrontational won't help Brian shape up. Through the years, what I have to offer has often seemed paltry in the face of these problems. The distress messages keep on coming, outpacing the hope-signals 10 to 1.

Even in the face of these odds, Brian and I do have our small winnings. I worry so much about Brian that I've come to appreciate any signs of progress. Just a few weeks ago, we had a session that felt like a breakthrough, but as I write about it, I see again how simple my Brian goals have become.

We were playing Nerf basketball, which is usually a bloodbath, psychologically speaking. We began our familiar routine. Brian changed the rules, and cheated openly; every aspect of the "game" was transformed into a chance to do battle with me.

If I spoke or even moved when he took a shot, he got to take it over again. Shots I swished, he deemed "missed"; bricks he threw up mysteriously earned him points. Losers took the ball out, then winners. He changed the final score. He lounged on the couch after his shots—and mine—so I had to retrieve the ball and deliver it to him each time. His face revealed misery almost continuously, and he made edgy, nasty comments to me. But he insisted on persevering, no matter what. He'd snarl: "Just keep playing, and stop talking, please!"

Brian can reduce even confident mid-life adults to an infantile puddle, one provocative comment at a time, and I was, once again, starting to sag. I offered my usual gambits, spoken, I like to think, with only the slightest trace of irritation: "Brian, games have rules so that everyone knows how to play them. I'm happy to play a game you design, but you need to let me know in advance what it is."

"Brian, it's okay in here to keep score this way, but sometimes other kids will get mad at stuff like this...."

"Brian, this isn't much fun anymore, how about we do something different, that's easier for us?"

I know that hanging in with kids like Brian counts for a lot. But because he won't let it get too good, it's almost invariably a slog through the mud. But then, suddenly, there was this little sign of progress: Brian looked directly at me and said, miraculously, "You know, I don't want to play this way either, let's start over."

When I started treating children and families more than 20 years ago, I was all fast-twitch fiber, ready to run the show, assign homework, devise clever interventions—uncomfortable with indecision or delay. Then, I might have even fired the Stanleys for not following through with more of what I had recommended. Or I would have bombarded them with easy answers, unaware that if there were a simple solution, they might have thought of it already. It's taken a long time for me to become this clueless. In the past, I wouldn't have waited around to find a way to hope, to grow a therapeutic connection with such an impossible kid.

Brian is a therapist's nightmare. But he’s also the universe's gift to me. He measures my commitment to the work, to him, to my ideas about therapy, to my best self. Treating Brian is, for me, a test of something much bigger than how to help an anxious boy feel better—though that's surely a part of it. He also forces me, over the long haul, to get better at what I'm weak at—patience, acceptance, loss of control, uncertainty—and forgiveness. Over and over and over again. Brian is why I went to graduate school, what therapy is all about for me, a gauge of what I have left to learn, an index of the exquisite pain of getting close to another person.

Brian's a smart kid, and I like that about him, too. Right now, he mostly uses his focus to hunt down my weaknesses like a bloodhound. He keeps me wide awake.

The beauty of a long-term relationship with a child like Brian is that we are both ultimately very forgiving, ready to give it another try. Each interaction gets woven into the tapestry; our triumphs and poor choices become part of the intricate fabric of the connection. The cloth gets stronger as our intimacy grows. There have been times when he has refused to see me and times when he's called me on his own, begging for an appointment. He's refused to enter my office, and at other times, he's stalled when he had to leave it. He's given me framed photos of himself, and thrown up on my floor. I've given him matchbox cars to remember our time by. He's tried to sneak out with other toys.

But Brian is getting better. Complex problems heal slowly. I see success in Brian's ability to function in the classroom without a constant one-on-one tutor, to describe with words his disappointment when a neighborhood friend won't play with him anymore, to go for a couple of weeks brushing his teeth when he's asked, to begin again when our game of Twenty-one is getting out of hand. These are small winnings compared to the skills of a less complicated kid. But for Brian, his parents, the rest of the team and me, they are signs we are moving ahead.

I lose my bearings sometimes, but I have a perspective that can only be gained from a long-term relationship with a developing child. I am important to Brian and his family. I really know him and love him, and he understands and senses that. He has my phone number and has used it. Even though I have doubts, I am also the holder of hope for this boy. We both know he can start the game over with me, any day. We both know that small winnings add up slowly, over time.

Martha Straus, PhD, is a professor in the Department of Clinical Psychology at Antioch University New England. Among other books and articles, she’s the author of No-Talk Therapy for Children and Adolescents and Adolescent Girls in Crisis: Intervention and Hope. She presents and consults internationally on child and family trauma, development, and therapy.

This blog is excerpted from "Small Winnings," by Martha Straus. The full version is available in the November/December 2000 issue, The Enigma of Psychotherapy: How 6 Noted Clinicians Tackled Their Most Challenging Case.

Thank you for a beautiful story.