Why It's So Hard for Young Adults to Leave Home

...And How to Convert the Nest into a Net 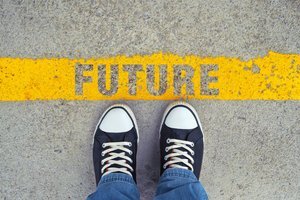 This is still very relevant today in my situation as a parent of 4 children in their 20's, with 2 of them still living at home, but with the added complication of mental illness. Our eldest son has married and moved overseas with his wife and coping fairly well. My next son used illicit drugs in his teens years, has been in and out of mental health hospitlals and clinics having been diagnosed with drug-induced schizophrenia. He has recently moved into an apartment in a lovely neighbourhood and supported by the disability support pension, supported accommodation and receives treatment from the local mental health team. This would not have happened without us as parents actively seeking help over tha last 8 years. With this assistance we eventually pushed him into long-term in-hospital treatment and medication, and by us resisting both he and the system wanting him to move back home. We hope we have created a better environment for him to work through his addictions, without the family having to suffer or deal with any destructive behaviour. Things aren't perfect but at least it will be his problem now, not his parents or siblings. I struggle to launch my daughter who has dealt with a number of mental health issues, including self-harm, anorexia, generalised anxiety and suicidality in her lateteens and early twenties. At the age of 24 she is in a much better place now, and I believe it is because we allowed her to stay home in order to recover to the point she is now working as a nurse, has an understanding boyfriend (who sadly suffers commitment issues adding to my daughter's anxiety), and a generally much better outlook on life. Our last son at 22 is very much sponging on us but has high anxiety, low confidence and depression. He works in a casual job and does do some chores and his own laundry. Thanks to a sparky girlfriend who is a go-getter (but somewhat unreliable) my son is now a bit more motivated and has found more work, and plans to move up the coast. I believe the 'nest to net' analogy is correct up to a point but a net can become a trap, so I believe you still need a spring board to launch them out again. Maybe it should be 'nest to trampoline' as gthe choild attempts to jump into independence?! As with my sisters back a few decades ago, it can take several attempts to launch certain adult children into independence, but hopefully each effort gains more traction!

It is actually very hard to leave home for an adult, but using some life hacking tips it could be easy for every...

In the beginning I thought that the article will be mostly focused on the worries and feelings of reluctant young adults who are leaving their homes, but not on the lack of financial independency .

In the beginning I thought that the article will be mostly focused on the worries and feelings of reluctant young adults who are leaving their homes, but not on the lack of financial independency .

How do you adjust your approach with families who come from different cultures, ones in which children living at home into adulthood is expected?