Bearing All the Reality Life Has to Offer

By Frank Pittman
November/December 1995
A young man named Jeff, who was dying from cancer, was a patient of mine 30 years ago. His family cried and prayed over him and pretended he would recover, though they knew he knew better. I was initially called in to relieve Jeff's pain through hypnosis. That worked fine, but he was still lying in bed out of breath, bored, angry and resentful of the fact that his life was being cut short. He demanded to know why God was punishing him in this way.
Read more...

By Stephen Madigan
November/December 1994
In a barely audible voice, Rose, a 28-year-old woman who had suffered with anorexia for 12 years, was calling for help. She lived in a remote area 600 miles north of our clinic where there were no therapeutic services for "eating disorders."
Read more...

Understanding the Liberating Power of Honesty

What people don't know can hurt them—and what they don't reveal can hurt them even more. Secrets can destroy lives and relationships. When something is kept secret, it can grow in power and significance until it becomes the center of one's identity.

Breaking the Chain of Resentment: How to Help Clients Move Past Old Wounds

By Steven Stosny
November/December 2015
How do you strike a balance between validation and empowerment in helping those afflicted with chronic resentment?
Read more... 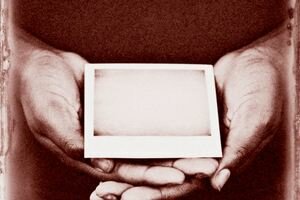 By Rich Simon
May/June 2016
At this year's Symposium, we invited veteran therapists to tell their true stories of their “most unforgettable session,” and those stories are the focus of this issue. Each takes you deep inside an experience with a client that turned that therapist inside out, jolting them out of their comfortable expectations into an interaction that allowed something extraordinary to take place. Prepare yourself for some unusually honest and probing explorations into both the pitfalls and rewards of practicing the therapist’s craft, including the occasional impossibility of distinguishing between the two.
Read more...
Bonus - Read the entire article FREE!

Managing Hecklers in the Therapy Room: An Ex-Comedian Puts Her Old Skills to Use

By Kirsten Lind Seal
May/June 2016
What do the rules of comedy have to do with the practice of psychotherapy? More than you think.
Read more...
Bonus - Read the entire article FREE!

By Rich Simon
July/August 2016
Today, with all the presumed advances therapists have made in reducing mental suffering from previously untreatable conditions, is there a solution, a cure, a fix for OCD? As with so many difficult emotional conditions, the answer is far from simple, not least because OCD appears to bear a strong genetic component. Still, we have more knowledge about how to recognize it, and how to distinguish it from other conditions that it often mimics, including PTSD, depression, and even psychosis. More importantly, many specialists working with OCD employ some variation on what two authors for this issue, Martin Seif and Sally Winston, call “upside-down therapy,” an approach that seems to break, or at least bend, the rules of what many of us have been taught is good clinical practice.
Read more...
Bonus - Read the entire article FREE!
Page 9 of 15 (144 Magazine Articles)