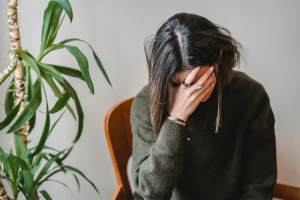 Getting Beyond the Symptoms to Deeper Change


Several years ago, my wife and I were at the end of a rather long line waiting to be seated in a popular local restaurant. Tired of standing, we took a seat in an alcove secluded by a large pillar. As we sat talking, a former client strode into the lobby. Sue (of course, this is not her real name) had come to me for treatment of a severe panic disorder. The condition had been impervious to the efforts of three previous therapists and a stress-reduction program, and, since she was pregnant, Sue refused medications. Consequently, I took the case with considerable fear and trembling. We had eight or nine sessions together, but the therapy helped only minimally and she dropped out.

Hurrying to the front of the line, Sue began talking energetically with a man I recognized as her husband. He had been holding their place while she waited in the protective isolation of the car. But Sue had become impatient, and now she had decided to assert herself. In sessions, she was always unassuming, quiet and polite, so I was startled by what ensued.

In a voice audible to everyone in the small crowd waiting for a table, Sue began to argue with the host about where she and her husband would be seated. She wanted a table near the window, and she made it clear that she wanted it now. I glanced in that direction and saw that all those tables were taken.

"No, a second-row seat will not be acceptable," she snapped. "I need to be next to the window. Why can't you seat us in…

Next: Revolution on the Horizon
Read 64965 times